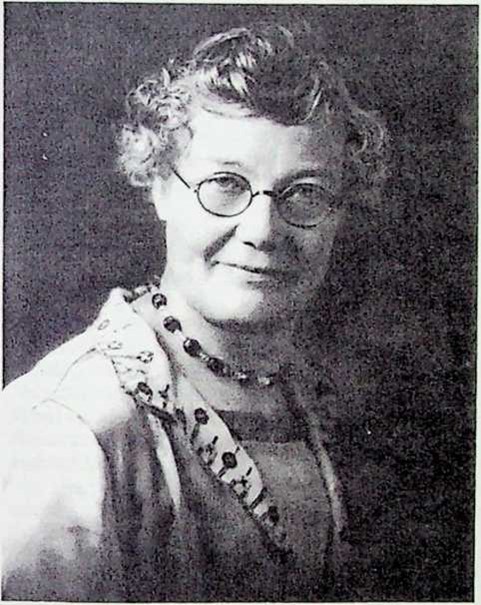 Perhaps no woman had a greater impact for good on early Langley than Lillian Wylie who arrived from Everett in 1913 with her husband, Francis Floren Wylie and their children, Ruby, Myrtle and Chester. Francis Wylie worked for an Everett real estate firm which had sold a seven and a half acre farm on Edgecliff Drive in Langley. The purchaser had erected the shell of a two story house but had hit financial reverses and was losing the property because of delinquent mortgage payments. The Wylies took over the property, completed the house, and moved in the same year that Langley became an incorporated town, 1913. Francis continued to work in Everett and eventually remained there, separating from his wife and children.

Lillian Wylie was built of sturdy stuff and she remained in her home on Edgecliff Drive and supported her family by whatever honorable means was at hand. She took in washing and ironing, charging 10 cents for washing, starching and ironing a shirt. At first her washing was done entirely by hand but later she was able to purchase a washing machine and a hand- operated wringer. She maintained a vegetable garden and also raised chickens and dug clams, often rowing to Camano where the clams were plentiful and considered especially tasty. During the period when the strawberry barreling plant at the Langley dock was in operation she also worked there.

It is not for those things, however, that Lillian Wylie has a permanent place in Langley’s early Hall of Fame. Although she had no official degree, Lillian Wylie was a natural bom nurse and had studied everything available about nursing and doctoring. She set up a nursing home in her residence and worked closely with the various doctors who came and went in Langley, especially Doctors Barry, Craig and Brewer. Between doctors she provided the most reliable medical help available. She was credited with saving several lives during the influenza epidemic, including that of her daughter Ruby who had married a neighbor boy, Frank McGinnis and moved to Seattle. When Ruby became seriously ill with the flu her husband brought her to her mother for nursing and he and their small daughter Enid lived with Lillian until they could reestablish their home in Langley.

Lillian served as a mid-wife, took into her home terminally ill patients and also took care of accident cases. Willis Bohnke, an early day South Whidbey resident in an interview in 1984 recalled the time that he fell and broke his leg and it was set and tended by Lillian Wylie. Her granddaughter, Enid Mackie, recalls that Lillian helped established the nursing home in the former schoolhouse at the end of Edgecliff Drive. It was later converted into a private residence.
Not the least of the public activities for which she is remembered is that of Langley town councilwoman. In 1919, immediately after the 19th amendment giving women the right to vote was ratified, an all-woman administration was elected in Langley with Miss Helen Coe as mayor and Lillian Wylie as one of the council women. Margaret Mcleod, who later became mayor, Clara Brown, Grace English and Emma Monson were the other council members.

The Wylie house on Edgecliff was still in use as a residence in 1986 and has become an Edgecliff landmark.