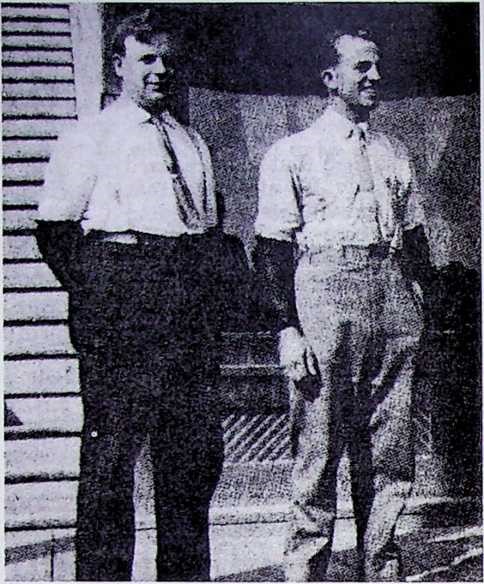 Walter Hunziker (left) stands next to his brother Bob in front of the Langley Mercantile and General Mer-chandise Store. The picture was taken in 1913.

When Oliver Co Jean and Jacob Anthes came to a parting of ways, the house which Co Jean had built on Anthes property was not to remain vacant. The house, together with five acres of land, located on what is now Sixth Street, was purchased by a man with a remarkable background.

Never in his wildest dreams did John Frederick Hunziker anticipate that he would end his days on a lovely island in an inlet of the Pacifc Ocean in the northwest comer of the United States. He was English as was his wife, Madeline Felton whose father was a life guard for Queen Victoria. They had been married in London in 1864 when John was 27 and Madeline 24 years of age. In 1869 they had left London to serve the Church of England as missionaries to the natives of Patagonia in South America, taking with them their sons, George, Bert and Fred.

As a missionary John served the natives well, one of his accomplishments being the translation of the Patagonian language into English and publishing the translation in a book. As was the custom of the Church, John was retired when he reached the age of 40. For his services he was given a land grant in the Falkland Islands where he remained for about 10 years during which time Maude, Alice and Walter were added to the family. 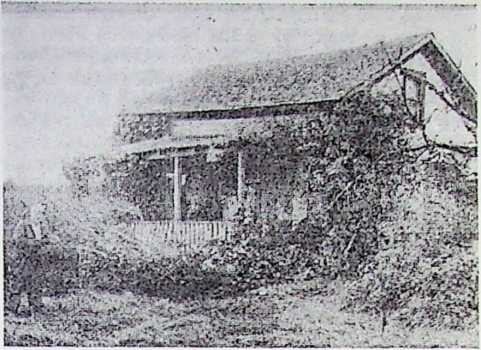 In 1886 John determined that opportunities for his growing family would be better in the United States so they moved to Cottonwood, Minnesota. Stanley, Norah and Oscar were bom there. Minnesota, with its severe winters, did not appeal to John as the place for a permanent home so he packed up his family and headed west, ending up in Everett where glowing accounts of the new village of Langley across the water were being circulated by J acob Anthes. John investigated and the tiny village in its beautiful setting with the sea at its feet, the snow-capped mountains in the distance and the forests at its back won his heart. He had found his home.

In 1898 John Frederick Hunziker settled his family in the former Co Jean house on five acres which he had bought from Anthes fronting what is now Sixth Street. For over 60 years the house was known as “The Hunziker Place”. In 1960 it was removed to make way for a modern residence.

Walter Hunziker was 12 years old when his family moved to Langley. He was destined to become one of the town’s leading citizens, as was his son, Walter Jr., later. In 1969 Walter Sr., wrote his life’s story. Part of it is presented here through the courtesy of his son, Walter Jr.