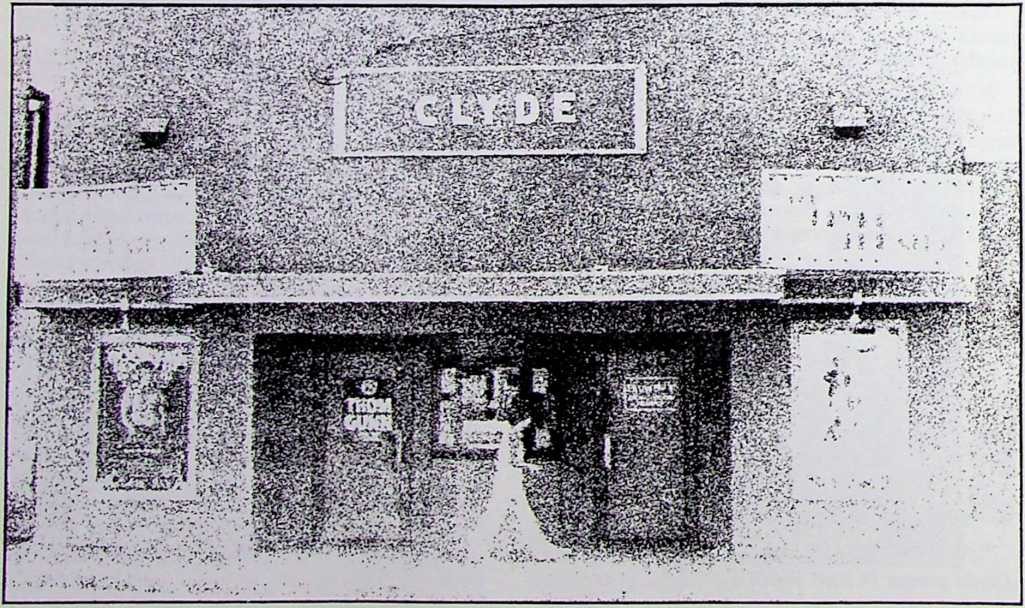 Auld Lang Cine: The Clyde was celebrating its 45th birthday.

It is quite possible that Langley might have been named “Clyde” instead of Langley if it had waited until 1930 to be christened. The reason? A family named Clyde arrived from Texas around 1925 and by the time 1930 rolled around a member of that family, Norman Clyde, had started constructing business buildings all over town. Over the years he became owner of a considerable portion of vacant land in Langley’s business section and had constructed The Clyde Theater, the Clyde Garage and the Clyde Business Building, a show-room for his automobile business and his antique car collection. 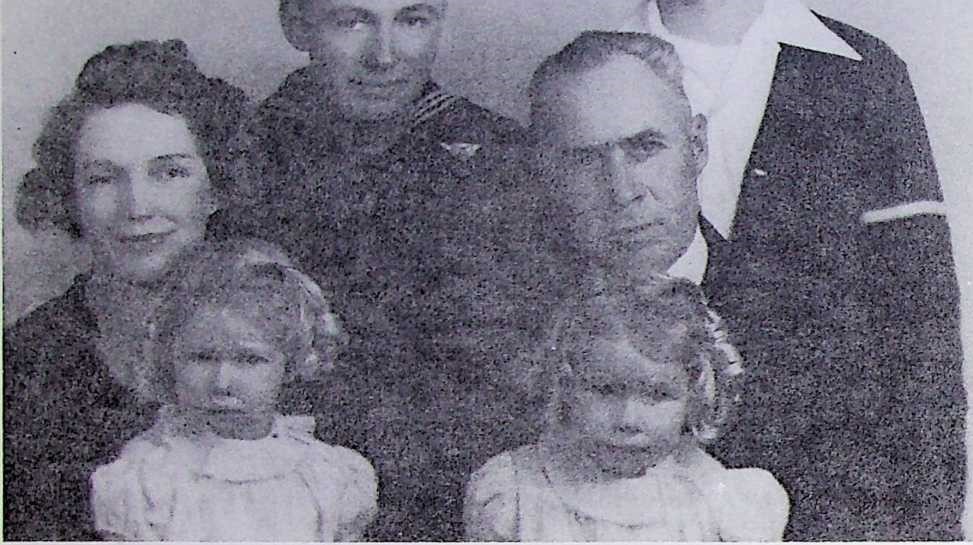 Norman and Hazel Clyde came from Texas as newlyweds on their honeymoon when they arrived in Langley in 1927. They had come for the express purpose of consoling Norman’s father, William Clyde, an eighth grade teacher in the Langley school, who had just been bereaved of both his wife, Josephine, and his sister Florence. What started out as a visit turned into a permanent arrangement. Norman and Hazel established their home with William on his farm on the eastern edge of town beyond Edgecliff Drive on what was later named Clyde Road. They cared for him until his death in 1948. 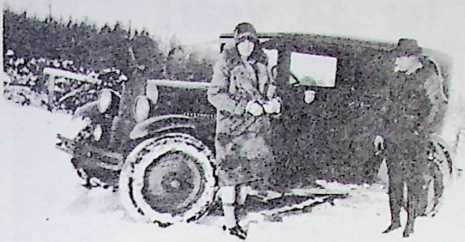 Norman and Hazel in the Clyde front yard in 1928.

Living with Norman and Hazel and Norman’s father William was Norman’s adult sister, Anita who taught kindergarten until her marriage to Henry Dassel, a pioneer resident of the Double Bluff area. Norman’s cousin, Edgar Clyde, also lived with them. In the course of time Norman and Hazel added four children to their family, Richard, Pat and twin daughters, Joye and Judy. 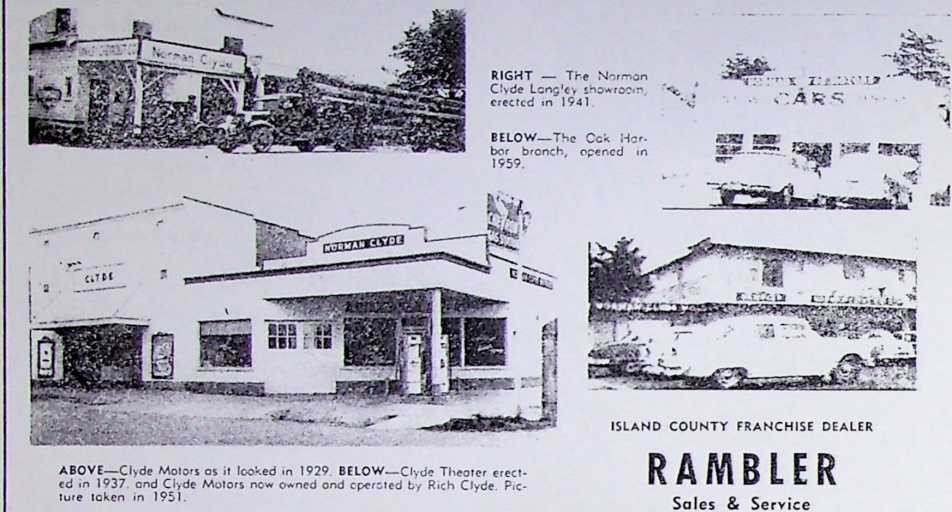 As the years passed Norman participated in many civic activities apart from his business duties at the Clyde Motors and Clyde Theater. He drove his own school bus for 11 years until the school district was able to afford its own. He and Hazel taught Sunday School and led the youth group at the Langley Methodist Church and, upon his death in 1979 Norman left a small bequest to the church youth group activities. He started and coached the first Langley High School football team in 1929-1930. He was well qualified for that task, having played professional football in Chicago in his younger days. He helped organize the “Kiddies Parade” for the County Fair and also ran the movie projector for special films at the high school. 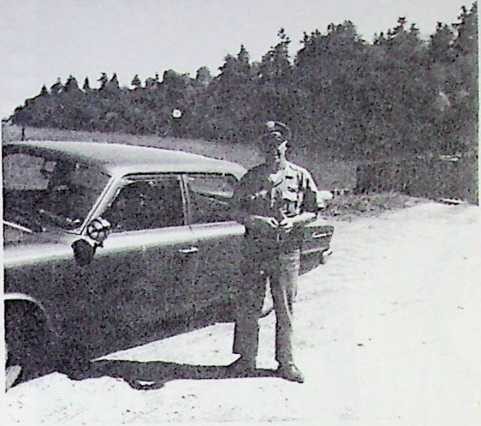 Perhaps Norman Clyde is best remembered as Langley Town Marshall and county sheriff’s deputy, which offices he held for many years.

One of Norman Clyde’s special accomplishments was getting street signs and house numbers established in Langley.
When Norman retired from his duties as Langley police officer he was honored with a large party at the City Hall. Although he was supposedly retired Norman continued to be active in the community, serving as a member of the Island County Board of Equalization. He and Hazel were honored at a large reception on the occasion of their golden wedding anniversary in 1977. 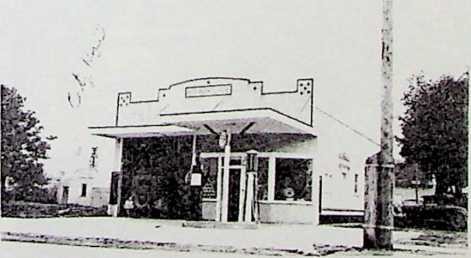 Clyde garage in 1935 before the theater was built.

In 1946 Richard Clyde, who had interrupted his college career to serve in the navy air corps during World War II, returned home and went to work for his father in the garage. Four years later, on a vacation trip to visit relatives in Texas, Richard met a vivacious young lady, Juanita Shaffer, and a romance developed which culminated in marriage in 1950 at the Clyde family home in Langley. Richard purchased the Clyde Motors from his father in 1954. He and Juanita established their home on a beautiful farm over-looking Saratoga Passage on Clyde Road across from the original home of Richard’s father and grandfather. 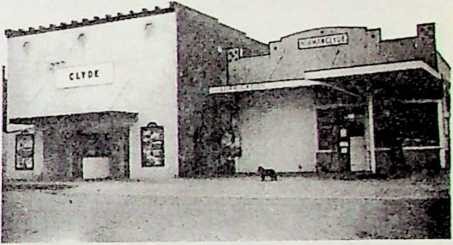 1937, after the theater was built next to the garage.

The Clyde Garage, and the Clyde Theater, are Langley landmarks. As this is written (1986) Richard has kept the garage in continuous operation. The theater has been sold to Blake Willford. Juanita also has been actively involved in Langley’s business community and operates an antique store and memorabilia shop “Granny’s Attic” above the garage. Richard and Juanita have two children, Joe Clyde, who is an air controller in Great Falls, Montana, and Jane who married a Welsh rancher, Eifion Morgan, in 1981 and live in Wales on a 360 acre farm in a 500 year old house. They have two daughters, Lydia and Andrea. Richard and Juanita have visited them several times, the latest trip being in the spring of 1986. 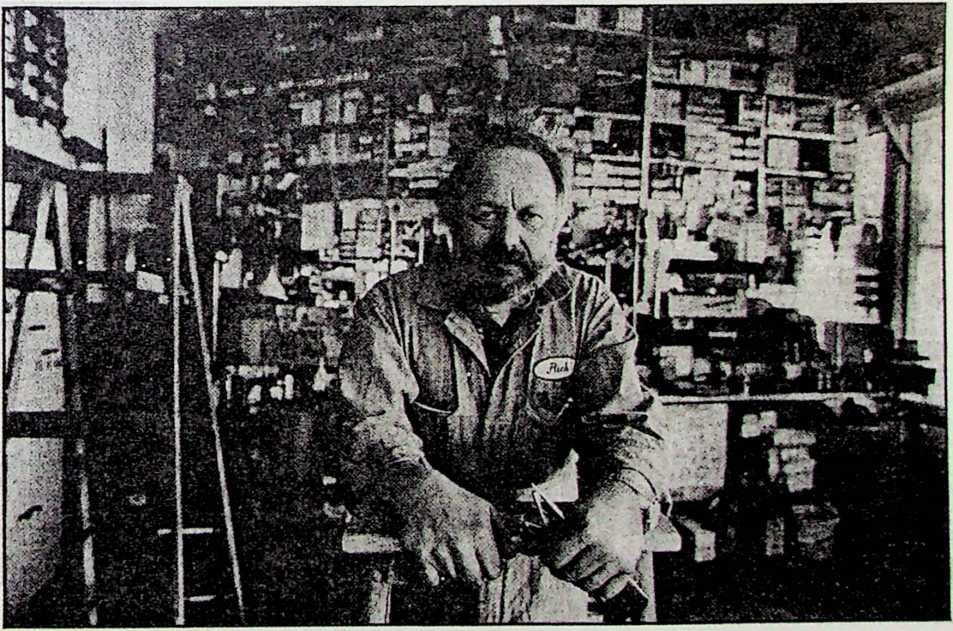 Langley “oldtimer” Richard Clyde, at his service station, Clyde Motors: “I put on my coveralls in 1946, and
I’m still wearing them. ” 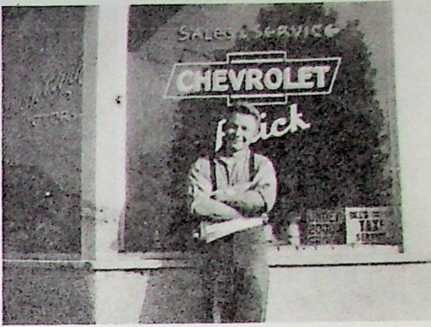 Pat Clyde, who was a baseball star at Langley High School and later at Bellingham Normal, (now Western Washington University), lives with his wife, Joan, in Marysville. Joye Clyde married James Church, son of Langley pioneers, Arnold and Marian Bosshard and they live on Camano. Judy is the wife of Dr. William Howell of Burien. 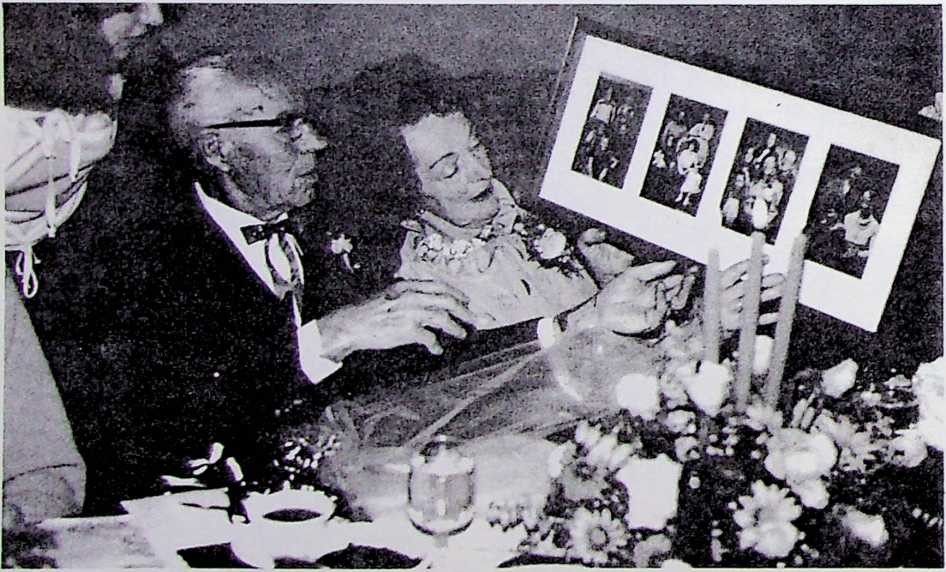 They are shown here on their Golden Wedding reception with pictures of their four children, their eight grand-children and two great grandchildren. 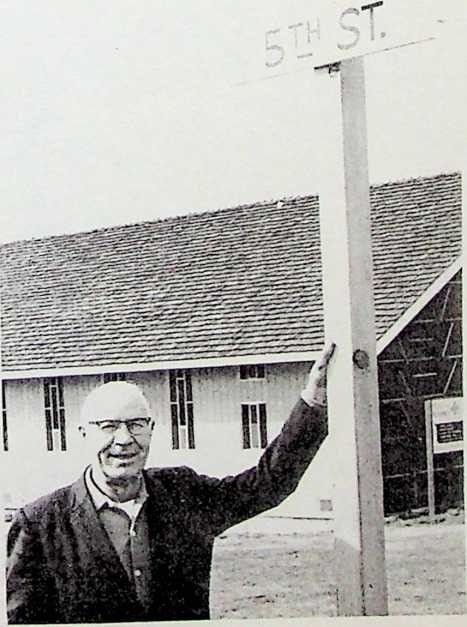 Norman Clyde died in 1979 and is buried in the Langley cemetery. His cousin, Edgar Clyde who was for years one of Langley’s most colorful characters, selling pop-com in the Clyde theater during the years it was operated by the family, is now (1986) residing at the nursing home in Freeland. Hazel Clyde resides in an at-tractive waterfront home, “Clyde’s Acres of Clams” on Edgecliff Drive and is an active member of the local square dancing club. 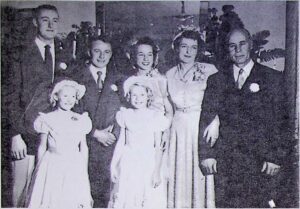 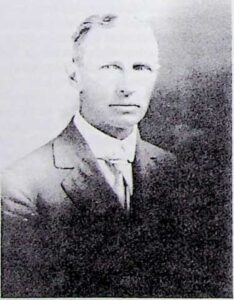 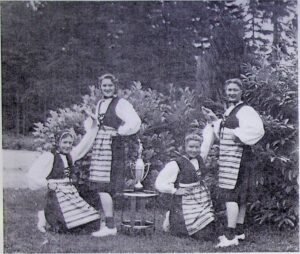