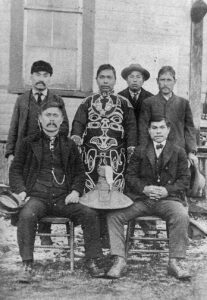 Isaac Bainter was a big, handsome, fair-skinned Pennsylvania Dutch youth accustomed to depending on himself from the time he was 14. He had been orphaned at the age of four and more or less raised by older sisters until he reached his teens. He had roamed across the country from his native Indiana and finally in his early 20s ended up in Alaska seeking his fortune during the gold rush.

He found a fortune, all right, but not the kind he had expected and his manner of finding it almost cost him his life. While in Sitka he was stricken with typhoid fever, in those days considered an almost always fatal, contagious disease. Without family or close friends he was left to die, but Fate intervened in the person of a Tlingit Indian maiden who had been working as a maid at the army post social hall where Isaac Bainter, the young man from Indiana had gone occasionally. 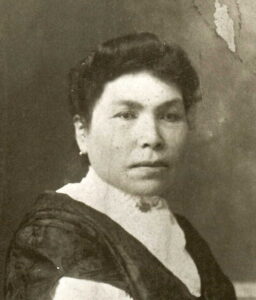 Kittie was as fearless as she was attractive. She knew what it meant to be orphaned and on her own. With compassion and skill she nursed Ike back to health and during the process they fell in love. They were married and established their home in Sitka, in the course of time becoming the parents of Lucy, Flora, Daniel and May. The rugged Alaska climate proved detrimental to Flora’s health and her doctor recommended that she be moved to a milder location. 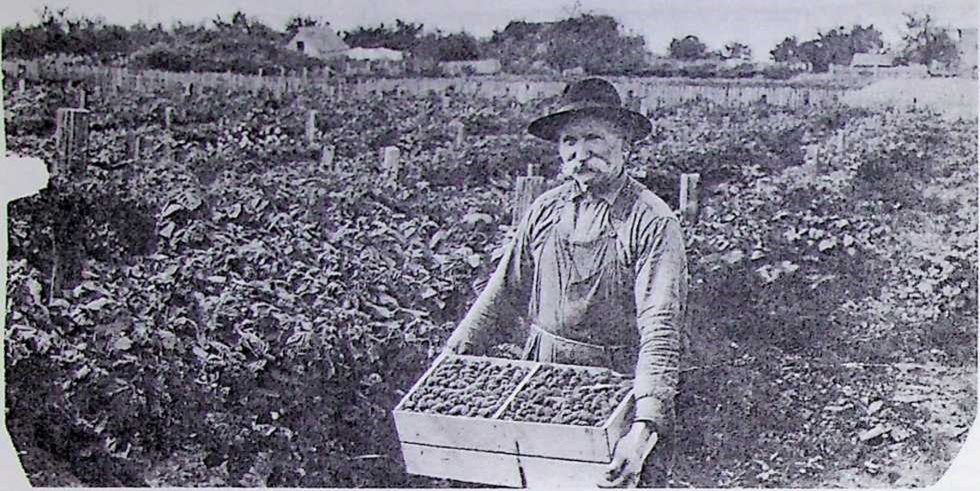 Ike Bainter in loganberry patch about 1932. Bean farm in background to the right; Hunziker farm to the left.

Ike Bainter and his business associate, Jim Tak, had heard that there was good work for loggers on South Whidbey so, in April, 1906, Ike, Kittie and their four children came to Everett and from there to Langley where they lived for a time at the hotel run by Roderick and Sarah McLeod. Ike was anxious to get his family permanently settled and his children in school, so after studying the area he selected 18 acres of stump land south of the new village of Langley in what is now the residential area known as Northview. He purchased the acreage and four room house from the Feltons who were related to the Hunziker family.

It was not long before the Bainter home became a sort of social center for the whole community. Kittie had a special talent for turning a house into a home, over which she presided with great humor but unquestioned authority. She was renowned for her culinary skill. It was rare indeed for the family not to have extra guests at mealtime, sometimes even for breakfast and community celebrations at their home.

Ester Anderson Moe tells of her experiences as their guest. “The Bainters were our neighbors and I used to love to go to their house. They had a phonograph with a big horn. They had a sink! And a drain lined with zinc so they didn’t have to carry out dishwater. They had an organ, too. On the wall they had a big metal frame which enclosed at least 50 photographs. They had a beautiful kerosene ceiling lamp and later carbide lamps before electricity came in.”

The Bainters were music lovers. Their phonograph was not just for show. It was the first one in the community and people came from near and far to listen to the marvelous machine which played music. During summer evenings folks would sit on stumps out in the yard and listen to the records which were often played until midnight.

The organ in the Bainter home was much more than just a show-piece. It was in steady use, as the whole family was musical. Lucy, Flora and May became famous in the community as a vocal trio and were in much demand to sing at everything from weddings and parties to funerals. Often Alma Anderson (Grist), a friend of the Bainter sisters, would play the piano or organ accompaniment. May Bainter (Frear) recalls with amusement the time when Alma owned her first auto and used to drive the girls around. Langley was still heavily forested and the roads mostly narrow, dusty, single lane curves. Whenever they came to a sharp curve (which was often) Alma would stop the car until one of the girls got out and ran ahead to make sure no other car was coming around the curve. 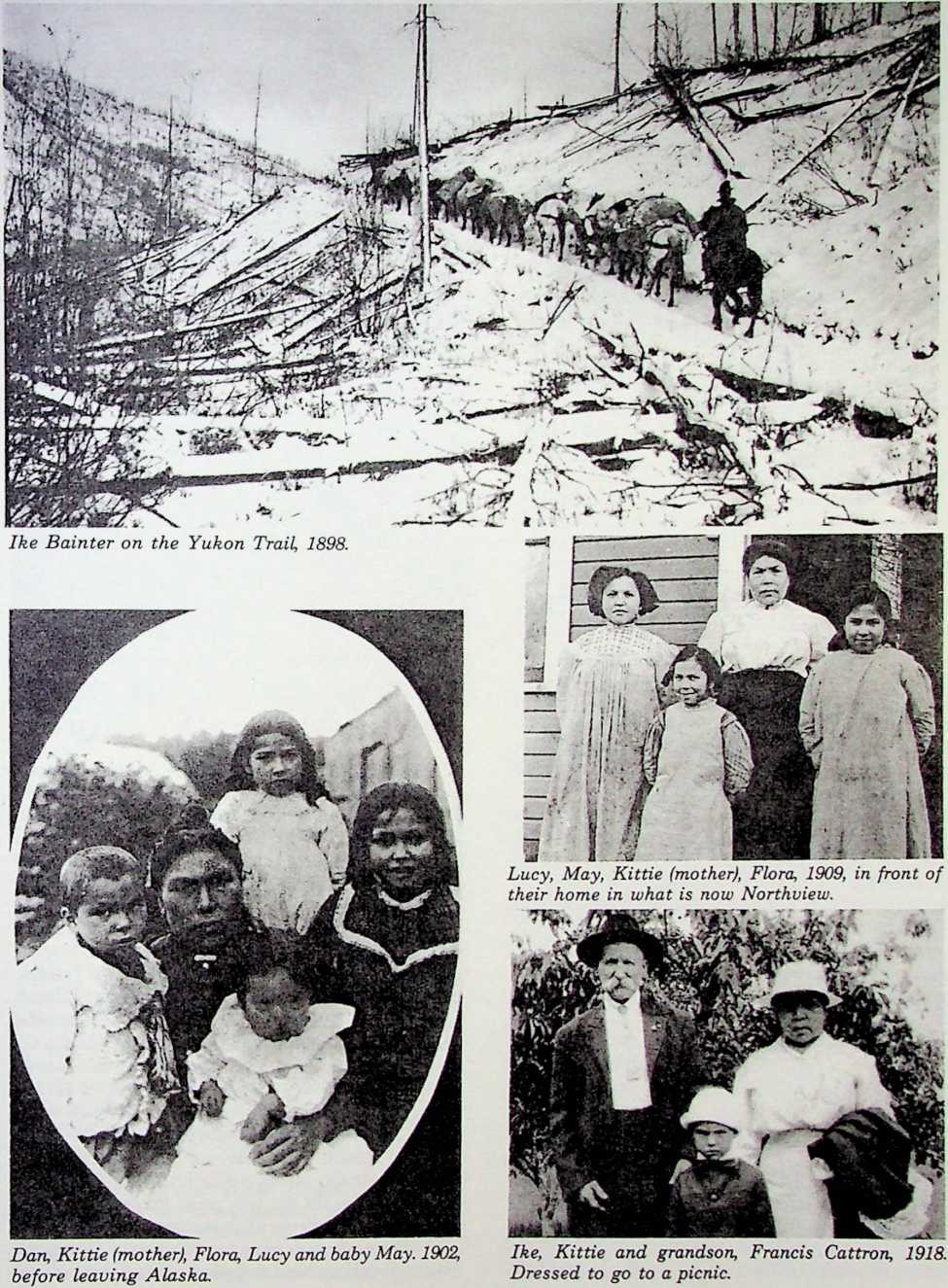 Not only was the Bainter home a social center but Ike Bainter was actively involved with the political and economic life of the community. He was a charter member of the Masonic lodge. Also he helped build the Methodist community church in 1909 and an uncle of the Bainters, Rev. Frank Lacy, delivered the church dedication sermon. He and his family had come from Indiana where he was a Methodist minister, to attend the Alaska Yukon-Pacific Exposition in Seattle and had continued on to Whidbey to visit their nephew and family.

Ike Bainter was actively involved with the incorporation of Langley as a town in 1913. He was a member of Langley’s first town council along with W. H. McGinnis, Angus McLeod, Ed Howard and H. J. English. Frank Furman was the mayor.

Lucy Bainter married Roy Cattron and her son, Francis Cattron, spent much of his childhood at the home of his grandparents. Flora Bainter nursed her father, Ike, through a nine year illness. Later she married Allie Vaughn and resided in Seattle. Daniel Bainter remained a bachelor but was well known around Langley.

After graduating from high school May went to work for E. E. Noble, Sr., in the Langley bank. It was there that she met Robert Frear whose parents had settled near Lone Lake in 1920. Bob was working for the Lynden Poultry Company and later for the Cooperative Egg and Poultry Association and covered much of the territory throughout the state. However he managed to spend sufficient time in Langley to woo and win the hand of May Bainter.

They were married in 1930, and started then- own chicken business on property between Park and DeBruyn Streets facing Second Street. Bob also continued to travel over the state as agricultural agent. Later he set up his own meat market and lockers on First Street. Like his father-in-law, Bob was actively involved in town government, serving for many years on the council as well as in other capacities.

Bob Frear died in 1981 and is buried in the Langley cemetery. As this is written, (1986) May continues to live in the lovely family home which they built many years ago on the corner of Park and Second Streets. May continues the close family bond with the daughter of her sister Lucy, who is Evelyn Cooke Williams, and Lucy’s granddaughters, Gayle Cattron Pancer zewski and daughter, Cynthia, of Mukilteo; Carol Catrron Wade and children of Marysville; and Sharon Cattron Edwards who lives with her husband, Ray, and their sons, Robert and Randy, on the Cultus Bay road not far from Langley. Robert and Randy make the fourth generation of Bainter descendants who have graduated from Langley High School.

Ike Bainter died in 1937 and is buried in Langley cemetery as is his wife, Kittie who died in 1941.

The following article appeared about the Bainters was in the Fall 2021 Now and Then newsletter. 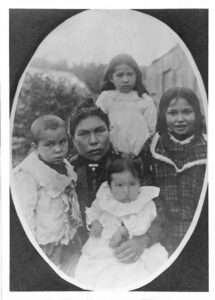 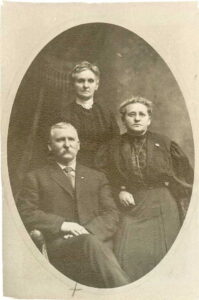 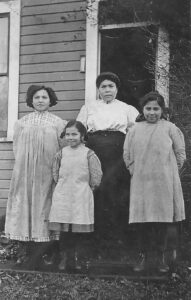 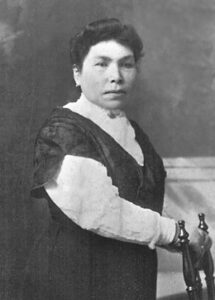 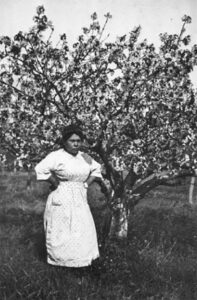 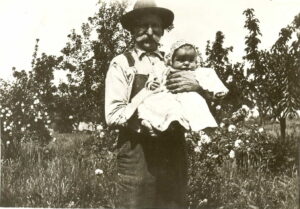 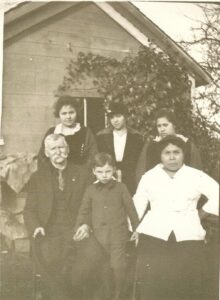