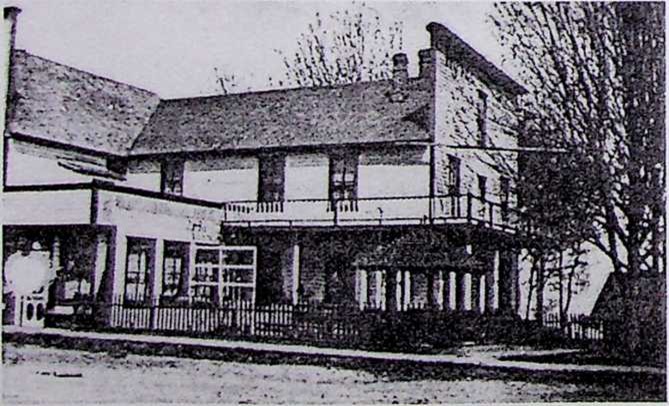 The Langley Hotel in its hey-day. It burned in 1921. (Photo courtesy of David McLeod)

Hugh McLeod was one of eight sons of Malcolm and Anne McLeod who had migrated to Nebraska from Skye Island, Scotland, by way of Prince Edward Island. They were a close- knit family and soon after Hugh arrived in Langley he sent word to his brothers in Nebraska that he had found a land of opportunity in a beautiful setting with a splendid climate. At that time Nebraska was suffering from crop failures due to sand storms and drought so Hugh’s account of a lush land with plenty of rainfall did not fall on deaf ears.

First of the McLeod clan to follow brother Hugh to Langley were Roderick and Sarah McLeod. Sarah’s relatives, the Edward Howards, already were established in business in Langley and Roderick went to work for them in the post office as soon as he had settled Sarah and their children, Vera, Annie and Howard, in a home in the former Anthes cookhouse at the corner of Second and Anthes Streets.

Roderick envisioned building a hotel and boarding house on the waterfront. With the help of Ed Howard he was able to make his dream come true on property just west of what is now, (1986) the Jones Department Store. Although the building was known as the Howard Hotel it was operated by Roderick and Sarah with the help of their children.

Maintaining the hotel required the efforts of the entire family. Annie baked bread for the hotel restaurant as well as for her own family of five. She also served a chicken dinner every Sunday for the hotel guests and any local folks who wanted to dine out on a Sunday. She charged 25c for the meal.

Cooking was the least of the work load in-volved in managing the hotel. The extensive laundry created a staggering amount of effort. There was no indoor plumbing, no electric lights. All sheets and linen from the hotel plus the family laundry had to be washed in water carried from an outdoor pump. The water was heated in wash boilers on top of a wood burning stove which had to be stoked regularly with firewood. Tin tubs, a corrugated wash board and eventually, a primitive form of hand operated washing machine and wringer took over after the water had been heated. Everything was then carefully ironed with heavy metal irons heated on top of the stove where a fire had to be kept blazing, even in summer, to keep the irons hot.

Since there were no electric lights all of the rooms were lighted with kerosene lamps which had to be filled regularly. The lamps had glass chimneys which had to be cleaned after every sheriff of Banner County, Nebraska and head-ed for Langley with is wife, Minnie and their four daughters, Stella, Jessie, Edith and Gertrude. (Gertrude married Robert Hunziker.) 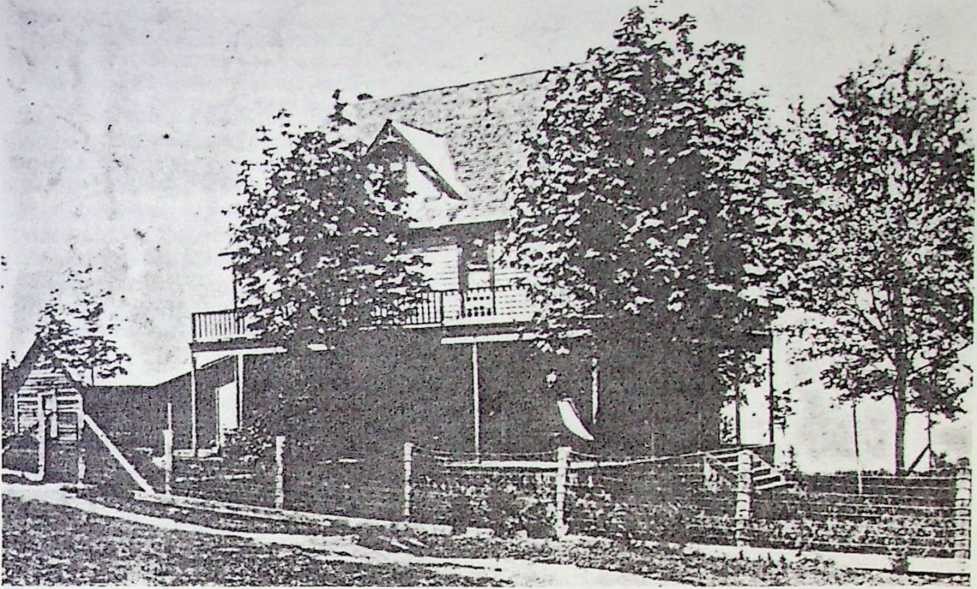 The Howard hotel, managed by Roderick and Sarah McLeod, prior to 1920. (Photo courtesy of David McLeod)

Angus settled his family on a ten-acre tract located on what is now Third Street. In 1908, shortly after they arrived, Minnie died; she is the first woman to be buried in the Langley cemetery. Angus became actively involved in the civic life of Langley, a leader in getting Langley incorporated and serving on the first town council in 1913. He had remarried after Minnie’s death and his new wife, Margaret, became known to the community as “Aunt Maggie’’. In 1920 she served as mayor of Langley for a time. She also gained wide publicity as one of the passengers on the ill-fated boat, Calista, when it was sunk in 1924 by a collision with the Hawaiian Maru.

In a column written by William McGinnis in the South Whidbey Record in 1985 he tells an amusing story about Angus and Maggie who were returning from Everett after having at-tended a Billy Sunday evangelistic meeting.

Billy Sunday was a pretty exciting name around those times, so when an excursion launch ran over to Everett one night to hear him, Allie Lou and my sisters all voted ‘Yea.’ Dad was up in Canada somewhere, so I went along.

The evangelistic meeting was in a big circus-type tent with portable seating all around. The speaker’s platform was in the center. Billy was a forceful speaker with a powerful voice, but to me, hardly seemed worth the trip, and especially so since the financing for the trip had been shaken out of my little piggy-type bank.

The thing I remember best was Aunt Maggie’s story about Angus McLeod, sitting on the open stern-deck bench of the Camano that afternoon and having a compelling urge to sneeze. He did sneeze and then had to sit there and watch his false teeth sail overboard and volplane down, down through the green water and finally out of sight. He’d had the final fitting just that morning.