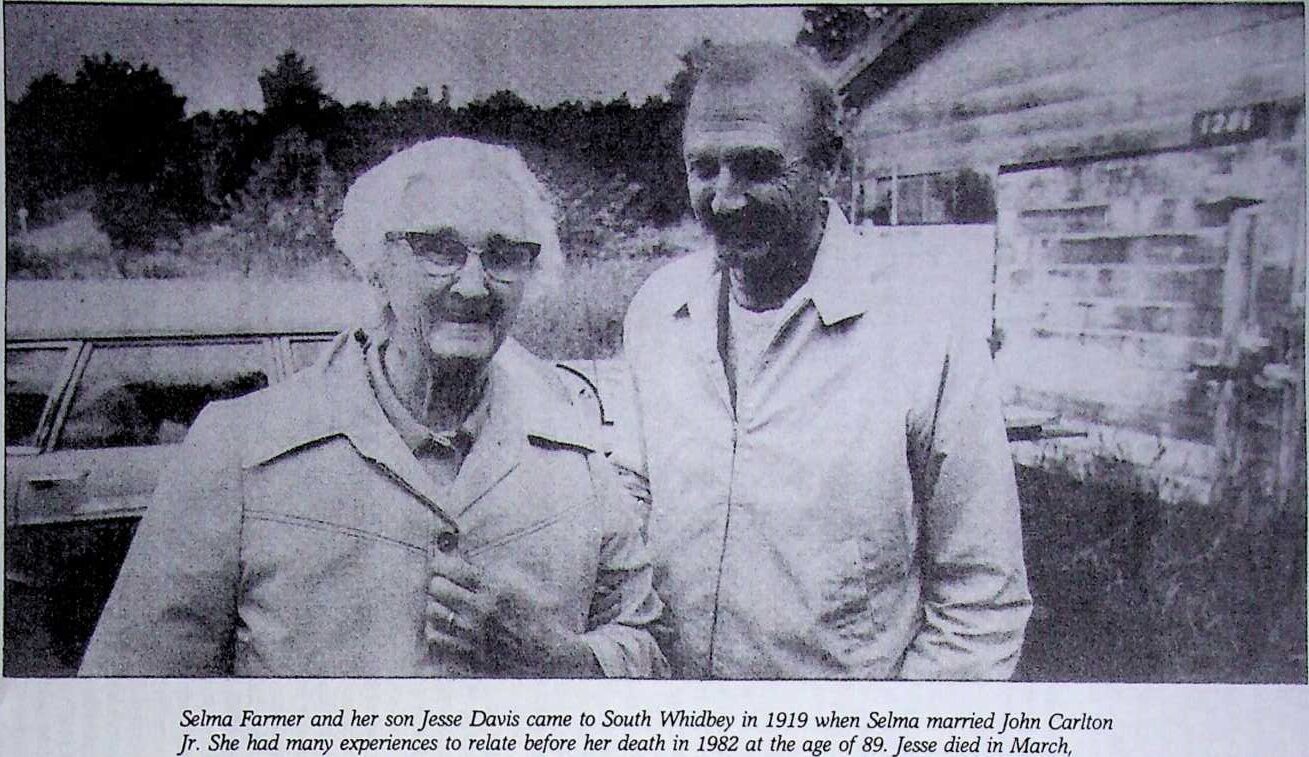 Selma Farmer was not the only early-day Bush Point woman who faced rugged times with fortitude. Helga Gurine Baker became a widow with four children to support in 1919 when her husband, Jack William Baker, was killed in a cave-in while helping a neighbor dig a well.

Jack was born in Poulsbo and Helga Gurine in Trondheim, Norway. Both had emigrated to Canada where they met and married. In 1915, the Bakers moved to a home on the Bush Point Road with their three daughters, Lillian, Florence, and Elizabeth. Their home was located where the Mutiny Bay Road intersects Bush Point Road. A son, John, was born to them there.

After the tragic accident to her husband, Helga was faced with the problem of earning a living for herself and four children. She opened a store that, although not large, became a popular shopping spot for 25 years. The location became known as Baker’s Corner. The store came to an abrupt end in 1934 when a hot water tank burst and it burned to the ground.

One of Helga’s daughters, Florence Catherine, married Kenneth Montgomery, the son of a Maxwelton pioneer family. Their wedding was the first to be held in the Woodland Hall. Florence recalls that, among other activities, her mother would drive ten neighborhood children to school in Langley with a horse and buggy and, most likely, she came for them in the afternoon and drove them home.