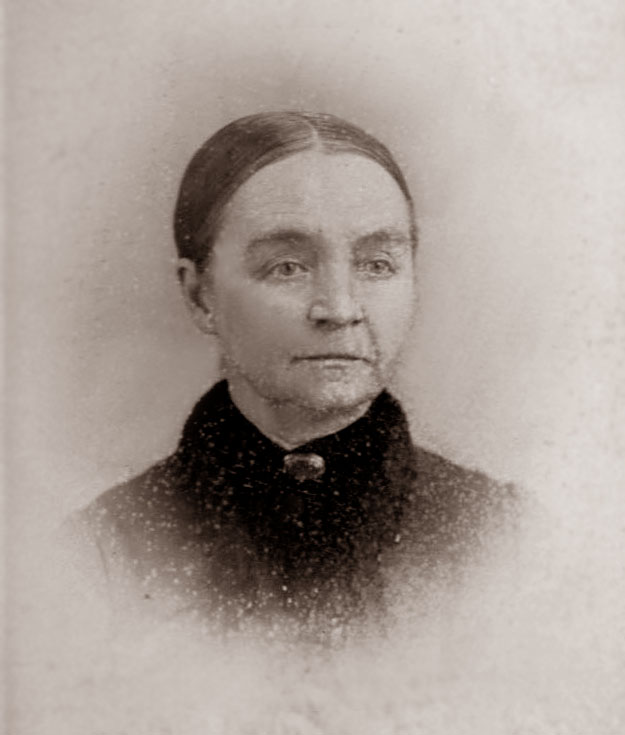 While the Hinman brothers had been busy developing the town of Clinton, another settler had been equally busy establishing a home and an exceptional farm about two miles inland overlooking Deer Lake.

The unusual thing about this settler was that she was a woman — a 51-year-old widow named Sarah Ann Taylor Ball who homesteaded 160 acres beginning in 1883. Her life’s journey encompassed both the east  and west coasts of the country.

Sarah had been in February, 1832 in Groton, Massachusetts. Her family had stretched back for generations in that area and her father worked as a butcher.

When she was 19 years old Sarah gave birth to a daughter, Anna Elizabeth, in nearby New Hampshire in 1851. Whether this child was with her future husband, Paschal Ball, or whether he later adopted her is not known, but in 1854 she and Paschal and Anna moved to Moline, Illinois and were married there in 1855. They had eight more children over the next 20 years, with six living to adulthood.

Paschal was born in Concord, Vermont in 1821 and was a day laborer in Massachusetts before moving to Illinois. In his obituary, he is considered one of Moline’s pioneers having lived there from 1854 to 1879. He worked at manufacturing wooden staves, and later worked in a sawmill until 1879. That year he decided to move his family to Sterling, Kansas, about 7 miles northeast of Dodge City, to take out a homestead and become a farmer.

He and Sarah started to work the land, but Paschal died of pneumonia in 1882 at age 61. Sarah and several of her children moved to Salida, Colorado for a year, and then pushed on to Whidby Island in Washington Territory where she took out a homestead claim and created a farm with the help of her two sons, Frank and James, and three daughters– Mae, Grace, and Ella Boyd who was married to George Boyd, and their young daughter Bessie.

Working together they developed one of the finest farms in the area and the “Ball Place” became famous for its crops among which were popcorn and grapes, both unusual products for the island. They also grew and marketed a wide variety of other crops including onions, carrots, beets, sweet corn and, in later years, apples from which they made vinegar for the commercial markets. Everbearing strawberries, loganberries and raspberries also were raised commercially. 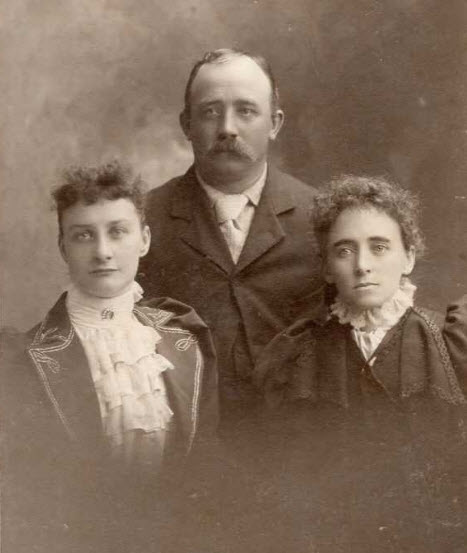 Frank Ball married Dora Horton, daughter of the Horton family of Seattle who were part of the Dexter-Horton banking firm. They had a daughter, Vera. The marriage proved unsuccessful and Vera was taken by her mother to Seattle to live. Dora remarried in 1886.

As an adult, Vera later split her time between Seattle and the Deer Lake homestead. She died at age 72 in 1960 at White Acres Nursing Home in Freeland. Vera had married a man named Hudson and their daughter, Dorothy, and her husband, Joe Fredericks, inherited the farm. In later years they platted a portion of the homestead into lots now known as Deer Lake Estates.

Frank Ball, a reserved man distrustful of banks, was rumored to have buried all his money in $20 bills in cans about his farm property. After his death many attempts were made to locate his buried cache but all proved unsuccessful. Whether he actually buried his money on the premises is still uncertain.

Sarah Ball died February 20, 1901 at age 69 and was buried in a beautiful plot among trees and flowers on here homestead. Her son, Frank, died on February 20, 1943 and is buried in the cemetery at St. Peter’s Church, which he helped to build.