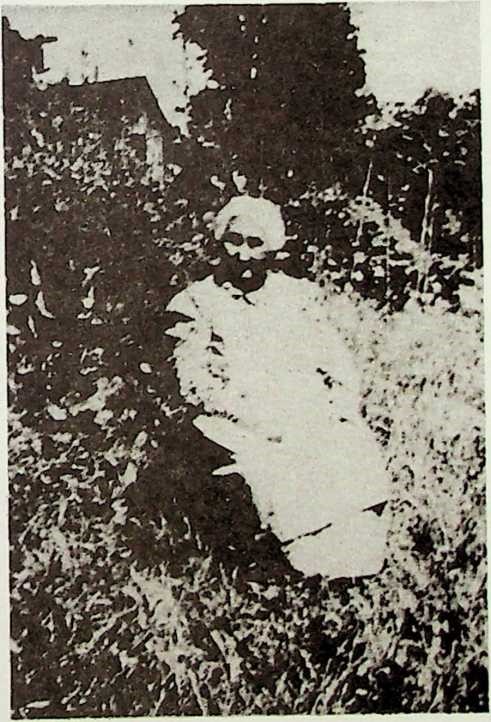 Gah-toh-litsa, or Jane Johnson Oliver in her later years when she was known throughout the community as Grandma Oliver.

By the latter part of 1850 Port Ludlow and Port Townsend which was the Port of Entry for Puget Sound, were centers of shipping activities; seamen whose ships had touched South Whidbey shores were circulating rumors in those ports that the island was a veritable paradise with land free for the taking.

Edward Oliver, a twenty-eight year old man from Virginia who had come west to Port Ludlow, heard these tales and decided to investigate. He took passage on the ship, Glencoe, landing on Whidbey Island at the head of Useless Bay near what is now Bay view in 1858. He was a slender, light complected man who stood five feet six inches tall, weighed about one hundred thirty-five pounds and was easily recognized by his blue eyes, sandy hair and full blond beard and mustache?

After exploring South Whidbey, Oliver started a logging operation on Deer Lagoon. A description of Deer Lagoon as it was when Oliver first saw it was given in an article by Cora Cook published in the Whidbey Record in 1966:

The land around Deer Lagoon where Edward Oliver started his logging operation was like a huge park filled with trees as large as fifteen feet in circumference. Fir, hemlock and cedar grew in abundance, with fern, salal and huckleberry at their feet. In places wild grass sprouted among the trees and provided food for wild deer and elk.

Deer Lagoon was made up of two small bays, one to the north and one to the northwest on Sunlight Beach. From the air the lagoon would have looked like a giant pair of glasses. Dikes today have dried the area that once was Deer Lagoon but before they were built, water flooded the entire expanse twice a day to the present site of the Whidbey Telephone building in Bayview.

Oliver not only started a logging operation soon after his arrival but he also established a home, taking out homestead rights on a large tract on the west side of Deer Lagoon approximately where the Useless Bay Golf and Country Club now is. He married Melvina Sooy, whose mother was Indian and whose father was white and they became the parents of four children, Hester,

Mary, Phillip and Edward, Jr. Melvina died in 1886.On April 3, 1887 Oliver took as his wife Zah-toh-litsa, or Jane Johnson, widow of the ill-fated William T. Johnson. William George, Justice of the Peace, officiated at the marriage which was witnessed by George and Catherine Finn who had settled in the Maxwelton area. Edward and Jane became the parents of six children, Willis, Martin, Jessie, Alfred, Walter and Edith. Jane Oliver, who lived until 1945, became known as ’’Grandma Oliver” to many South Whidbey folks and remained a colorful character even in her old age.^