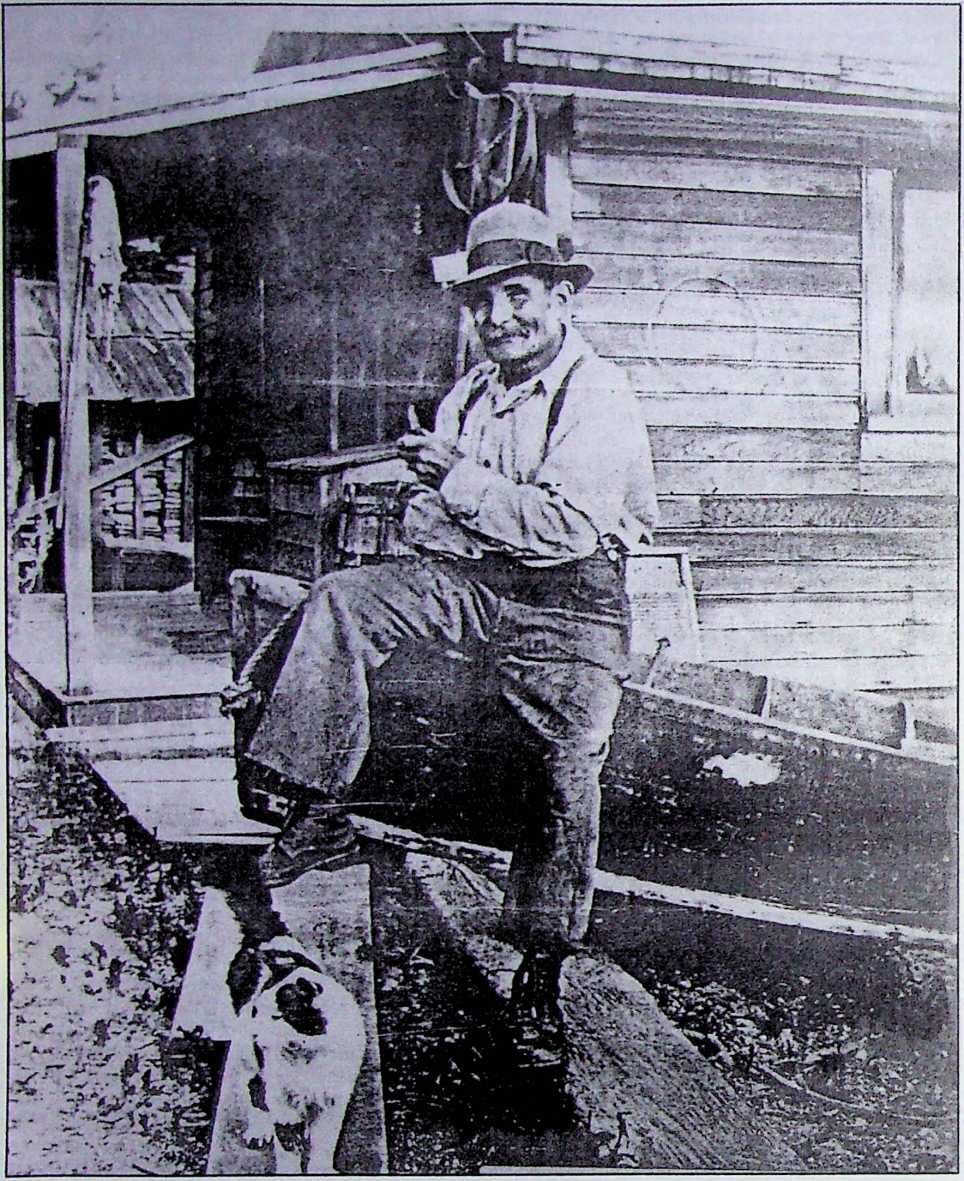 Edward Duville at Freeland, Washington, taken about 1932 by his grand-daughter Louise Dannemiller.

Edward Duville, who came to the Freeland area in 1908 from Mount Vernon, was a friend of the Spencer family, and another early day resident who is remembered by many. He lived alone at Freeland for a time, then went into partnership with George and Blanche Gardner; they raised strawberries commercially. He was weeding his strawberry patch in 1936 when he suddenly died from a heart attack. He was called “Frenchy” by his friends and his obituary in the 1936 Whidbey Record reads as follows:

“Edward Duville, born in 1862, was a Catholic and was well liked by everyone who knew him. He is survived by eight sons and daughters. One son, Walter resides at Freeland and one daughter, Mrs. Thompson lives in Yakima; the rest of the children reside in the East.”

He has a grandaughter, Mrs. Frances White- head who lives in Tacoma, author of two books dealing with family histories.