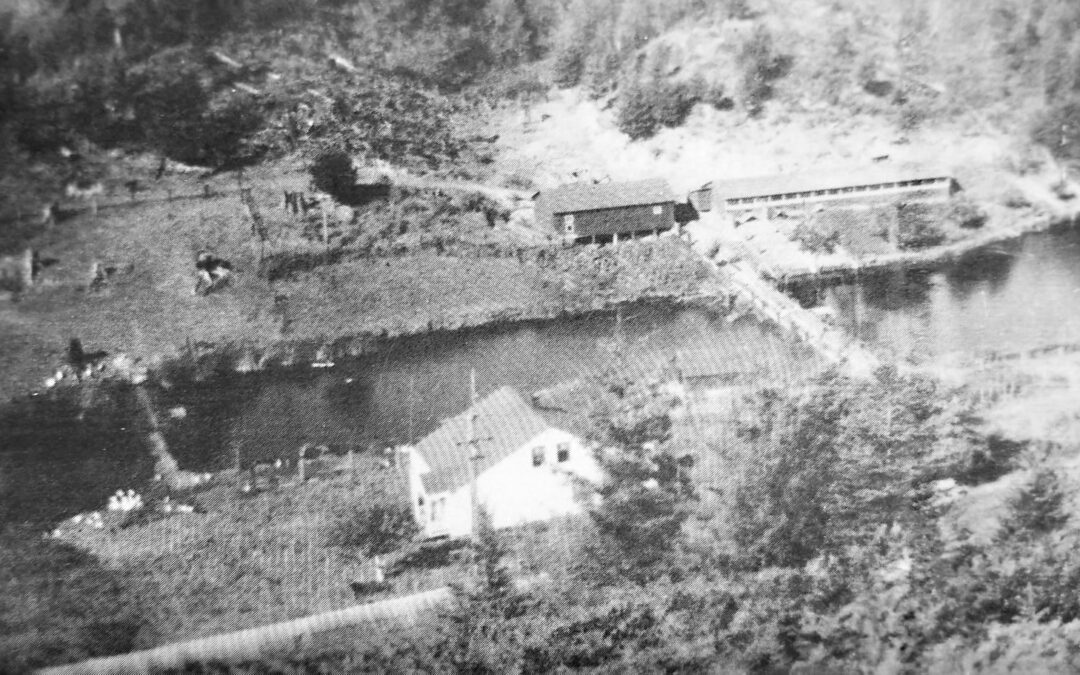 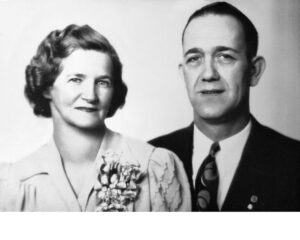 Virgil Auvil was born in 1896 in Auviltown, West Virginia, the eldest of 10 children. His father, Wayne, was a farmer who ventured west after his father died in 1909. He worked on farms in Snohomish County.

After serving in WWI , Virgil and his brother, Ray, became loggers on Camano Island where he met Mabel Wilson.

Virgil would row Mabel and her sister, Birdie, across Saratoga Passage to Langley for dances.

Virgil and Mabel fell in love, as did her sister Birdie to a local Clinton boy named Swante Kyllonen whose Finnish immigrant parents lived on Kyllonen Hill at what is now the Whidbey Institute and Chinook lands.

Virgil and Mabel were married in 1920 and settled on 40 acres at the (then) end of Log Cabin Road in Clinton.

The land had been logged off and had a little stream running through it in a shallow valley. Virgil had an idea to build several earthen dams to create little ponds or ‘lakes’ for a trout hatchery that later became trout fishing ponds. 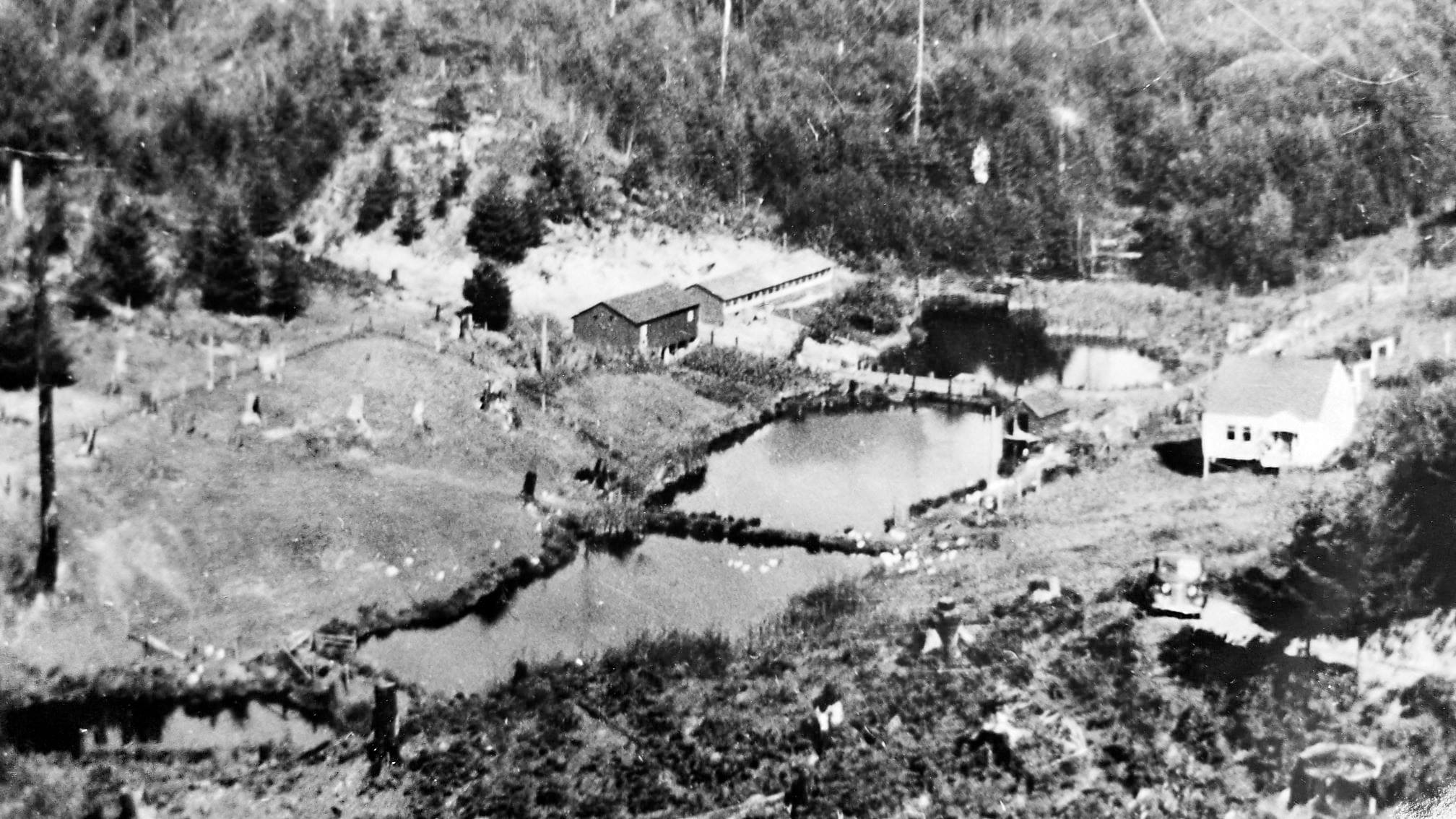 In her book “South Whidbey and Its People Vol. II” author Lorna Cherry interviewed Arlene Auvil Chambers, Virgil and Mabel’s daughter.
“Folks in our area were known as stump farmers,” Arlene reminisced.
“Dynamite was expensive and clearing the land for farming was a slow process. That is why my father conceived the idea of damming the stream to create a series of small lakes to use as fish hatcheries.
“They barely made enough money to pay their way and my mother considered them more nuisance than what they were worth. The customers would use our fishing gear and bait to catch trout in the lakes. Some of our family would always need to be present to check people in, bait their hooks and weigh the fish they caught. They paid by the pound for their catches.
“Mother thought that some of the customers who came to fish were vulgar and didn’t like to have us children around them.
“The earthen dams weren’t too solid and eventually disintegrated. Then my parents went into the chicken business, raising baby chicks for sale and fryers which my Dad took to Seattle by truck each week. We also raised loganberries. In later years Dad raised mink,” she recounted.
Fur coats were fashionable in those decades and several families on South Whidbey raised mink, fox and even beavers.
Virgil died at age 59 in 1955, and Mabel in 1976 at age 81. 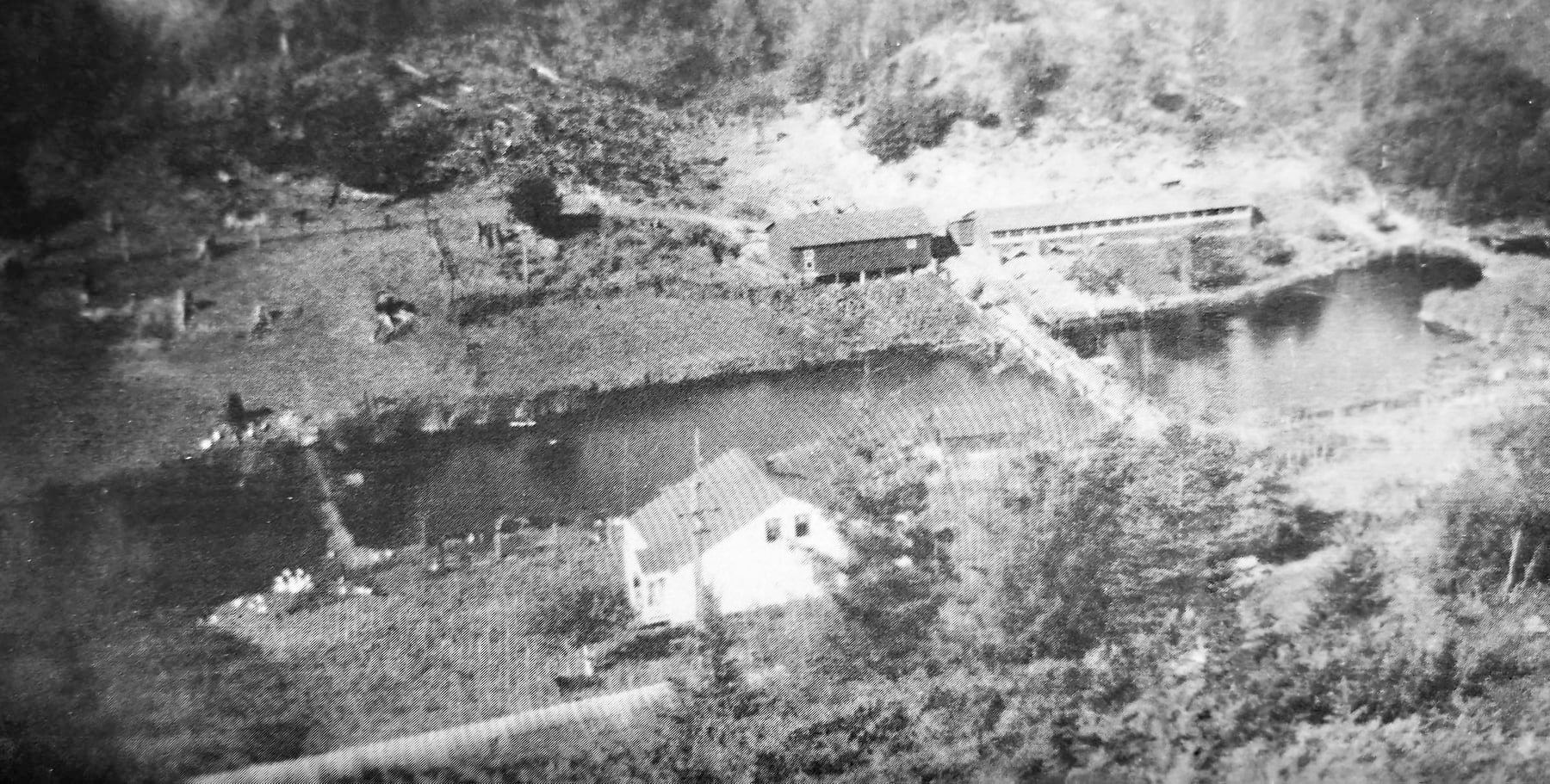