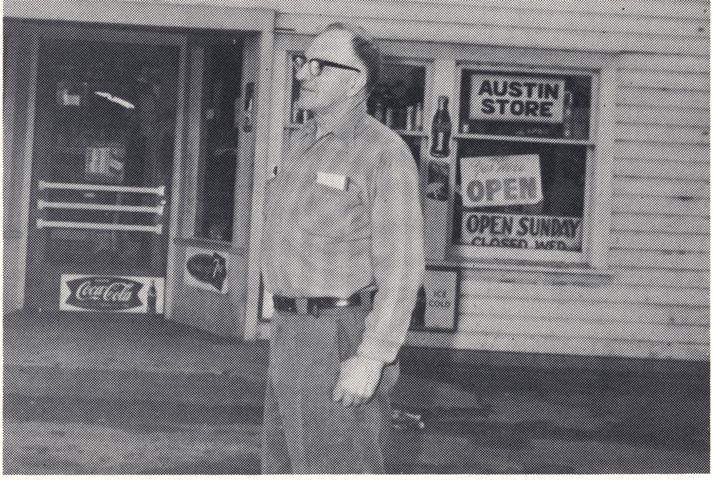 In 1937, Austin Marshall opened “Austin’s Store in Freeland. It was located along the highway and is more recently remembered as the Gay 90’s pizzeria.

“Deke” was born in Langley in 1894 and died in Freeland in 1974. When asked why friends called him “Deke,” he responded with: “I used to be in the woods, and they called me the Deacon.”

Austin had a Model T Ford which he used in his Jitney business for almost 5 years. He ran a route from Bush Point to Freeland. Austin was drafted by the Army when The Great War enveloped the world. He was never shipped overseas, and spent all his time in the United States going to training schools to learn radio communications. For a period, he ran a business on Whidbey Island repairing radios. Austin was clever.  In 1960, The Seattle Times published a photo of the Mutiny Bay windmill he manufactured in 1924 to pump water from a fresh water spring on the beach to the family home 160 feet above on Sand Hill.

He is buried in Langley cemetery.