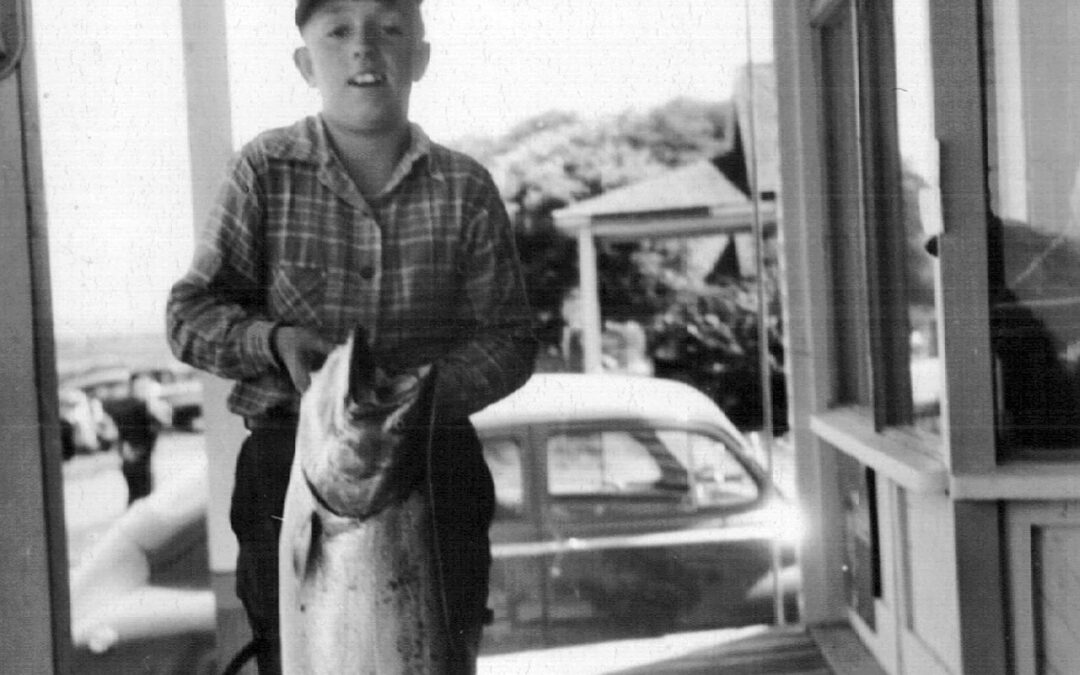 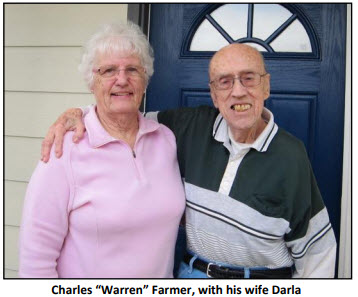 Warren was honored as a tribal elder by the S’Kallam tribe. His family roots go back to the earliest written history of Whidbey Island.

His great-grandmother, Emily Lowe Madsen, was a full S’Klallam tribal member from Sequim. She was married to Christian Madsen, a Danish sea captain who was making his fortune cutting and shipping timber to California around 1860.

Madsen won property called Willow Point on Whidbey Island in a poker game. It was so named because of its dense growth of willow trees and was one of three permanent villages of the Snohomish Indians.

In 1880 Madsen decided to build a warehouse at Bush Point and persuaded business partner John Curtis Farmer and his twenty-year-old son John Carlton Farmer to move from San Francisco to Whidbey Island.

A romance developed between the younger Farmer and Minnie Lowe, Madsen’s stepdaughter. They were married in 1883.

Minnie Lowe descended from the fifth brother, Que-ni-a’som, (called Quathim-son “the Wanderer,” also called Valparaiso Joe), who married the daughter of a Clallam Bay sea captain. Their son Thiedmalth was the father of Minnie Lowe. 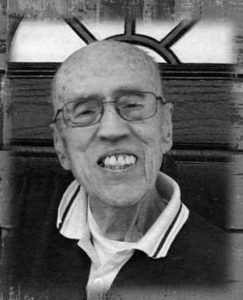 In 1884, she paid one hundred dollars in gold coin to purchase sixty-six acres of land at Bush Point. Two years later, the couple purchased an additional 55 acres at Bush Point from Christian Madsen for $300. Together Minnie and John developed the land into a prosperous farm.

As the farm thrived it became headquarters for many activities on the west side of the island. They built a large barn, brought in Holstein cows, created an orchard, vegetable garden, and raised chickens. As time went on they built a store and a sailboat which was christened the Egg Box. It was used to shuttle eggs, milk, butter, fruits, vegetables, and meats to the passenger and freight boats that anchored offshore.

Warren’s father, Charles, was born in 1884. In 1885 his sister Josephine was born, followed by John in 1887, and Emily in 1892. Minnie Farmer died in 1897, leaving her two sons to assist their father in running the farm. The Farmer family continued to live at Bush Point.

A lighthouse fueled by an oil lamp was built, and it was Emily’s job to light the lamp each night and extinguish it in the morning.

Fish traps were an important part of the economy. One trap could catch up to 100,000 salmon in a day.

Warren was born at Bush Point in 1934 to parents Charles Carlton Farmer and Cordelia Lee “Mae” Arnold Farmer. About this time, fish traps were abolished because there was fear that they were destroying the salmon runs.

Whidbey had car ferry service and roads were being built. This started the resort industry. Salmon were plentiful and a family could spend a weekend on the island renting a cabin for the less than five dollars a night and go home with fresh caught salmon.

Bush Point resort was of the first fishing resorts on the island. Salmon derbies were held with big prizes which attracted more and more visitors to Whidbey.

At one time, there were some 30 resorts on the south end of Island. They are all gone now as families bought the land for summer and permanent homes.

Warren lived at Bush Point and graduated from Langley High School in 1952. He worked many years at the resort. In 1958, he married Darla Ulskey. The couple moved to Everett and established Farmer Realty developing acreage in Snohomish and Island Counties.

Their children Robert, David, and Kathy grew up in Everett but spent summers at Bush Point. Warren and Darla returned to Bush Point 42 years ago and built their home next to the boathouse of Hap’s Resort. 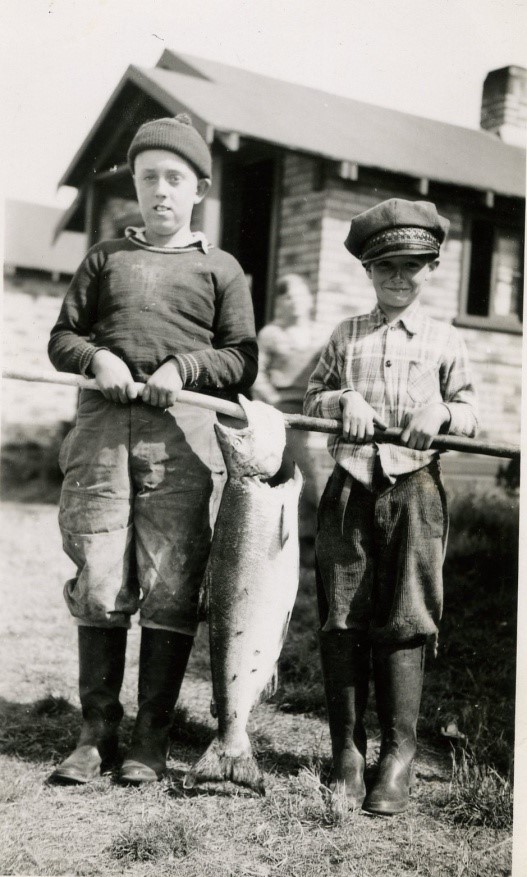