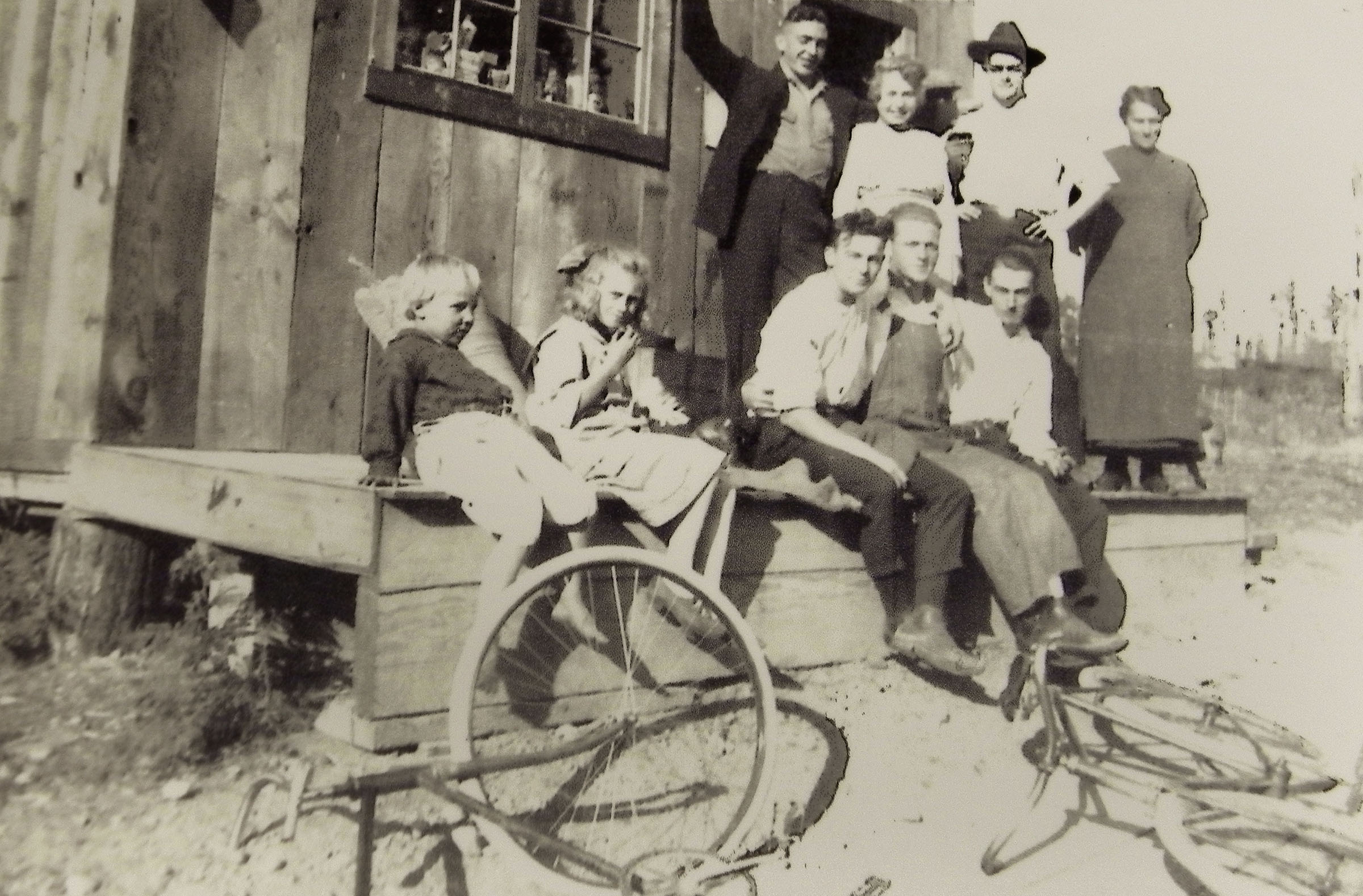 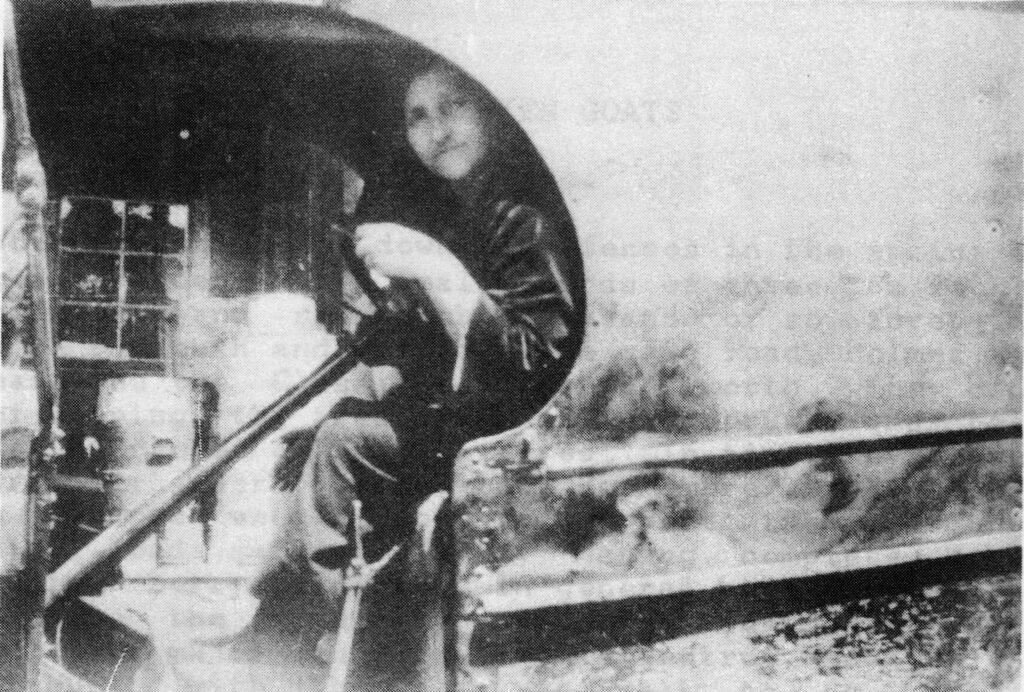 Did you know that there once had been a store at the corner of Bush Point and Mutiny Bay roads?

From 1920 until it burned down in 1934, Ma Baker — Helga Gurine Baker, a Norwegian immigrant who was widowed with four children — operated Baker’s Corner Grocery.

It was not only a small grocery with bulk dry goods, but also had a small restaurant, served baked goods, carried hay and later gasoline, and sold shoes, overalls, women’s dresses, children’s clothes and hardware items.

Corner grocery stores sprang up to take advantage of new and better roads and early automobiles.

After the death of her husband, Jack, in a well cave-in on a nearby property, the Norwegian immigrant mother of four young children had to find a way to support her family.

Baker’s Corner Grocery was located on the northeast corner of the intersection of Bush Point and Mutiny Bay roads. Its small restaurant was a favorite local hangout, serving as a community nucleus for an area that as Ma Baker’s son, John, described in his memoir ‘Baker’s Corner: Early Days on Whidbey Island’ as:

“…the hub of the Island for the fishing industry, logging industry, chicken and strawberry farming, and the dairy industry… Sport fishing was also noted with several fishing resorts, not to mention the bootlegging industry during Prohibition.
(The little store) was at the center of it all. Three slot machines (one-armed bandits), punchboards and card games went on from mid-morning until late at night. Food was served, orders filled, deliveries made and gas pumped in a never ending procession of customers.
Community leaders from Langley, Clinton, Bay View and Maxwelton met at the store to plan their strategy before going to the commissioners meeting at the Court House in Coupeville.”

John Baker described the layout of the store: “The center section was the main store. Feed, flour, grains, sack sugar, sack coffee, were through the door on the right, also accessible from the main store.

Next was the oil shed, where we housed 10, 20, 30, and 40 weight oil… One of my morning chores was to fill special made, spouted quart bottles with each weight of oil.

Behind the oil house and along the outside wall of the store were barrels of kerosene, cloth cleaning fluid, vinegar, molasses, upright barrels of imported salt mackerel, salt herring, dried cod fish, a special imported lutefisk for the Christmas season, 25-gallon barrels of Kosher pickles and regular dill pickles, barrels of German-made sauerkraut and crocks of pickled herring and pickled pigs feet…

The inside of the main store was jammed with regular groceries, candy, tobacco, popular sizes of bib overalls, jackets, socks, work shoes, (mostly on special order) all types and sizes of tennis shoes. Imported sausages, corn beef, a dairy case with fruit and produce in season.
Baking was done daily in the large kitchen… special Norwegian goods were made the year around. The sweet enticing odor of Julekage, lefse, fattigman, yule rye brod and cookies filled the store, especially from the middle of November until a few days before Christmas. Although at that time of the year it was almost a round-the-clock operation, there was never enough to fill the demand.”

During Prohibition, the store was also the site of after-midnight ‘don’t ask’ gas pumping, filling trucks for bootleggers who moved crates from smuggling operations at Mutiny Bay and Smugglers Cove and numerous South Whidbey moonshine stills.

Early Gas Pumps
As automobile use grew and roads were improved, stores such as Fred Funk’s Mercantile in Langley, Bush Point Mercantile, Baker’s Corner Grocery, Julia Mackie Brixner Cross’s store at Maxwelton, the Bay View Cash Store, the Mutiny Bay Store at Austin, the Clinton Union Store (when it moved up the hill in 1931), and Austin ‘Deke’ Marshall’s 1937 Freeland store added the convenience of gasoline pumps.

In the teens and early 1920s ‘pumping gas’ literally meant using a handle to pump gas up into a marked glass cylinder at the top which was then emptied into a car’s gas tank via gravity. This allowed for an accurate measurement of gas as well as assuring customers of the quality of the gas.