Home » Who was Langley? 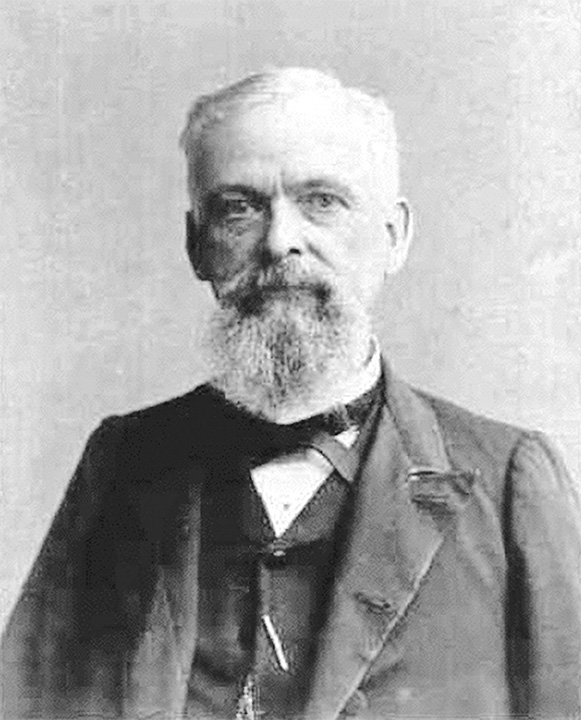 Langley’s namesake, James Weston Langley, was born in Erie County, Pennsylvania, January 17, 1836. One of 12 children, he grew of on a farm and attended local common schools. At age 15, his family moved to Illinois where James taught for three years while he continued his own studies. In 1857, he began reading law under the instruction of Hon. John M. Palmer, ex-governor of Illinois, and was admitted to the bar on January 8, 1859. On the advice from a friend named Abraham Lincoln, James moved to Champaign and began practicing law in partnership with a classmate.

He married Miss Jeanette Josephine Young on June 4, 1861 and their only daughter, Mary Celeste, was born a year later on July 1, 1862. A month later, he left his wife and daughter and enlisted in the Union army for three years. He and a friend formed a regiment of about 900 men, the 125 Illinois Volunteer Infantry, of which James was elected Lieutenant Colonel.

The 125th saw action in Kentucky and Tennessee before joining General William Tecumseh Sherman on his march through Georgia and northward through the Carolinas. He was wounded slightly three times, was hit in the chest by a spent bullet, and had at least one horse shot from under him.

His unit was in Nashville, Tennessee during the winter of 1862-’63 when the text of Lincoln’s Emancipation Proclamation was read. Several officers resigned in protest and left for home.  At the battle of Kenesaw Mountain in 1863, James became Colonel of the regiment when his friend and Colonel was among the 2,500 Union soldiers lost. He received his final discharge in Chicago, July 11, 1865, and returned to Champaign to resume his law practice.

Langley came home with a great hatred of war. Though he served the Grand Army of the Republic in many capacities, and enjoyed meeting old comrades, he never stopped regretting that his country had suffered a civil war. This dislike intensified as he grew older and he gave away the gold mounted sword presented by his regiment. He said he never wanted to touch sword or gun again.

A stanch republican, he served one term in the Illinois State Senate in 1870. He was a delegate to the national convention, held in Chicago in 1868, which first nominated General Grant for the presidency, and served as judge of Champaign County for twelve years.

In May 1890, Judge Langley and his wife purchased a boxcar and took the train to Seattle to be near their daughter and her husband Howard Slauson. The Judge and his son-in-law, set up a law practice together in the Starr-Boyd building near Pioneer Square, Seattle; one of the first new structures built after the 1889 Seattle fire. He served as Superior Court Judge of King County from 1893 to 1897, and signed Jacob Anthe’s naturalization papers in 1896.

When Jacob Anthes was looking for financial backing to develop a town, he made a pitch in person to the judge and Howard Slauson, who along with three other investors, formed the Langley Land and Improvement Company. Anthes had initially wanted to call the town “Bingen” after a town near his home in Germany, but decided to name the town Langley to get the Judge’s attention. According to the Judge’s grandson, if Jacob had known that the judge preferred to be called by his middle name, the town might have been named “Weston.”

Judge Langley died April 22, 1915 after a long illness. His wife Jeanette lived until March 28, 1928. Both are buried in Seattle’s historic Lakeview Cemetery. In an ironic twist, when he learned that his wife would not be allowed to be buried with him in the Union Veteran’s section, Judge Langley decided to choose an individual plot that is located near the Confederate Veteran’s monument.