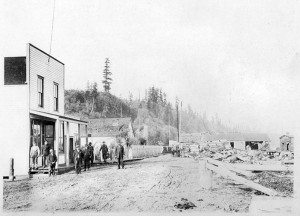 Although the designation of Clinton now identifies a good chunk of South Whidbey, the accompanying photo depicts Clinton in its early heyday, circa 1910. This little town was basically a beach community and although it originally was called Brighton Beach, it was commonly known as “old Clinton (on the) Beach.”

The name Brighton Beach has now been restored to this area. This little village boasted a store, a post office (housed in the same building), a dock and a shingle mill. The gentlemen pictured from left to right are Alex McDonald, Gust Erikson, Ed Hinman, and Henry Hinman, two persons whose names are not known, Dr. Frick, and Jake Simmons.

The old Clinton Union Store and Post Office (with its sign displayed) was an active, busy center for residents to buy groceries, pick up mail and very probably just plain visit. ‘The dock opposite the Clinton Union (out of the picture) was the berthing spot for the Mosquito Fleet boats (specifically the Atalanta) which not only picked up and discharged passengers but delivered mail and other goods.

The Salisbury house next to the post office was the home of Jonathan and Lucinda Salisbury. Their grandson, Clark Salisbury, still has a home a few blocks north of this site. The Salisbury Shingle Mill, across the road, was an active, busy mill for a number of years. Pictured on the right of the photo next to the neatly piled logs is Mr. Hinman’s team of horses and his “sled,” so called because the road was too muddy for wheels.

In the present day, the commercial activity no longer exists and although the road (though better paved) still traverses the area, it is now primarily residential. The dock, later called the oil dock, was dismantled a number of years ago. The Clinton Union General Store/Post Office building was eventually remodeled and now it is a private home.

This picturesque beach-side community includes the area outlined in the photo as well as a number of houses to the north and south, some of whose owners are descendants of the group of original pioneers who settled this beach area. 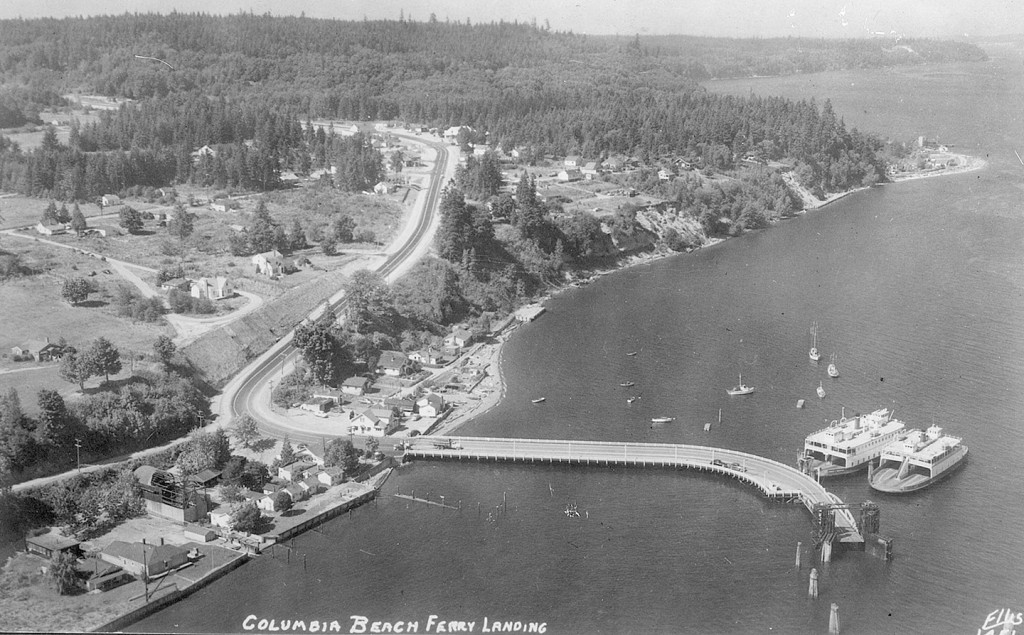