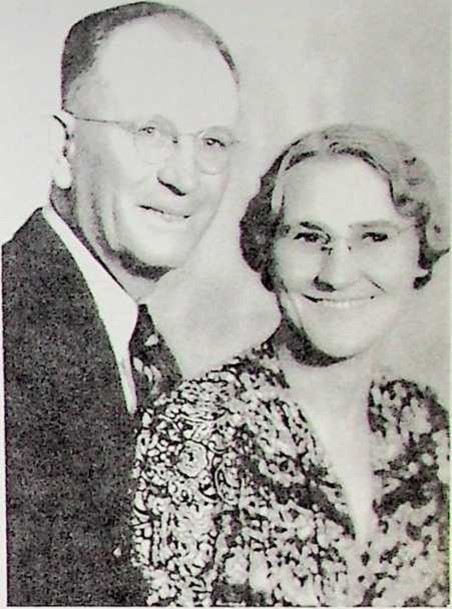 Ray Fossek’s daughter, Rae, married a man from Alabama, Vance Tillman, who now works as an accountant with a firm in Everett. Rae and Vance make their home on Sixth Street adjacent to the original Jensen family home. Especially for this Volume, Rae taped an interview with her maternal grandmother, Sylvia Grimm, who with her husband Fred Grimm, were early settlers in Bayview.

“Fred and Sylvia Grimm arrived in Bayview in 1916 with $400 in their pocket, a new baby (Leota) on the way and a two year old toddler, LaVeta. Later another daughter, Florence, was to be added to the family. With their $400 they bought five acres of un-cleared timber land near Bayview, $100 worth of Sears furniture and they lived in a neighbor’s grainery for three months while they hand-felled enough big trees to make a clearing for a building site. For three months they toiled to turn the trees into lumber to enclose their house, moving in while the interior was still unfinished. Only the rough flooring was down and there were cracks between the boards. Sylvia remembers being afraid that garden snakes and bugs would come up through the cracks into the bedroom where her babies were. To make matters worse 1916 was the year of the “Big Snow’’ with drifts as much as four feet deep and Lone Lake frozen over.

As Sylvia remembers those early days life was hard with mostly all work and not much play. Even during the Bayview dances, which they attended, you would find them working. Fred running the dance and Sylvia baking pies which she sold at the doings. The fun social events which she recalls were the neighborhood pot-luck dinner parties which were a “must” when anyone in the neighborhood had a birthday.

The Jewetts were especially good neighbors, Sylvia recalls. Whenever Mr. Jewett would butcher a cow or pig he would peddle the meat around the neighborhood in a horse-drawn, spring-wagon. During their early struggling days Fred and Sylvia often were the grateful recipients of free liver and heart meat which Jewett found hard to sell. Sylvia learned to make a delicious meal around stuffed, baked heart.

When they first settled in Bay view the Grimms considered Langley the “big town” and a trip there was a real event as was a 25 c ride to Everett on the Clatawa or Calista.

Eventually Fred and Sylvia cleared their entire five acres and were able to afford a cow and a horse and buggy. Their main farm crop was strawberries and at first Fred worked at odd jobs as well as logging, to supplement their in¬come, but he soon found work with the telephone company owned by the Noble family and he continued to work for the phone company for 25 years.

In 1928 they moved from their original home down onto the Langley Bayview Road where they purchased eight acres and built a new home. In 1938 they built the Bay view gas station. Ingvald Vik of Freeland became a partner in that enterprise which continued under the Grimm’s ownership until 1970 when they retired and moved to Everett.