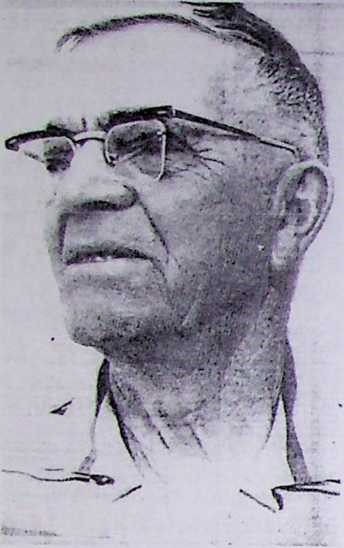 Lon Chase, a man who has spent 40 years in Langley
making friends all the time.

He helped Albert Melsen as a builder; he helped install Langley’s first sewer system; which was a wooden pipeline; he carried a carpenter’s card and worked on almost every major building in Langley after 1929, also contracting electrical wiring and plumbing but it was not for these reasons that Lon Chase is enshrined on the records of Langley’s best loved citizens.

He and his wife, Katie, are remembered as the couple who took in homeless children, juvenile delinquents and wards of the court. During the hard days of the Great Depression they were the essence of charity although they were far from rich in money. The Chase home became a haven for anyone without a roof. Even a local school teacher once sought refuge there. Lon is quoted as saying, “She came to the door, suitcase in hand and said she was leaving on the next stage as she was so unhappy where she was living.” Lon and Katie took her in.

Lon and Katie Chase arrived in Langley in 1929 from California seeking work, after having found none in Seattle. “They said I was too old,” as Lon told it. He was 43 at the time. They had heard of Whidbey Island and, after a ferry ride they stopped at Langley where Lon remained for the next 40 years.

Although Lon and Katie had no children of their own they are credited with having put at least 26 youngsters through school. Their theory on children was that no matter how bad they might be they would grow up to be good if they had a good home life. Lon was custodian of the local school for 12 years and he was featured in one of the school’s Falcon
yearbooks. He first settled on the old Goldsmith place on Cemetery road but later purchased two acres and the big house at the corner of Cascade and Sixth Avenues where he lived until he moved into Brookhaven in 1969 when he was 83. He was known as “Grandad” to the local Order of Rainbow Girls and was a charter member of several other clubs including being a life member of Deer Lagoon Grange. Katie died in 1950 and Lon early in the 1970s leaving a record as the man who was always willing to help people in need and who was loved by everyone. (Editor’s note: Much of this material is from an interview with Lon Chase published in the Whidbey Record, February 6, 1969.)