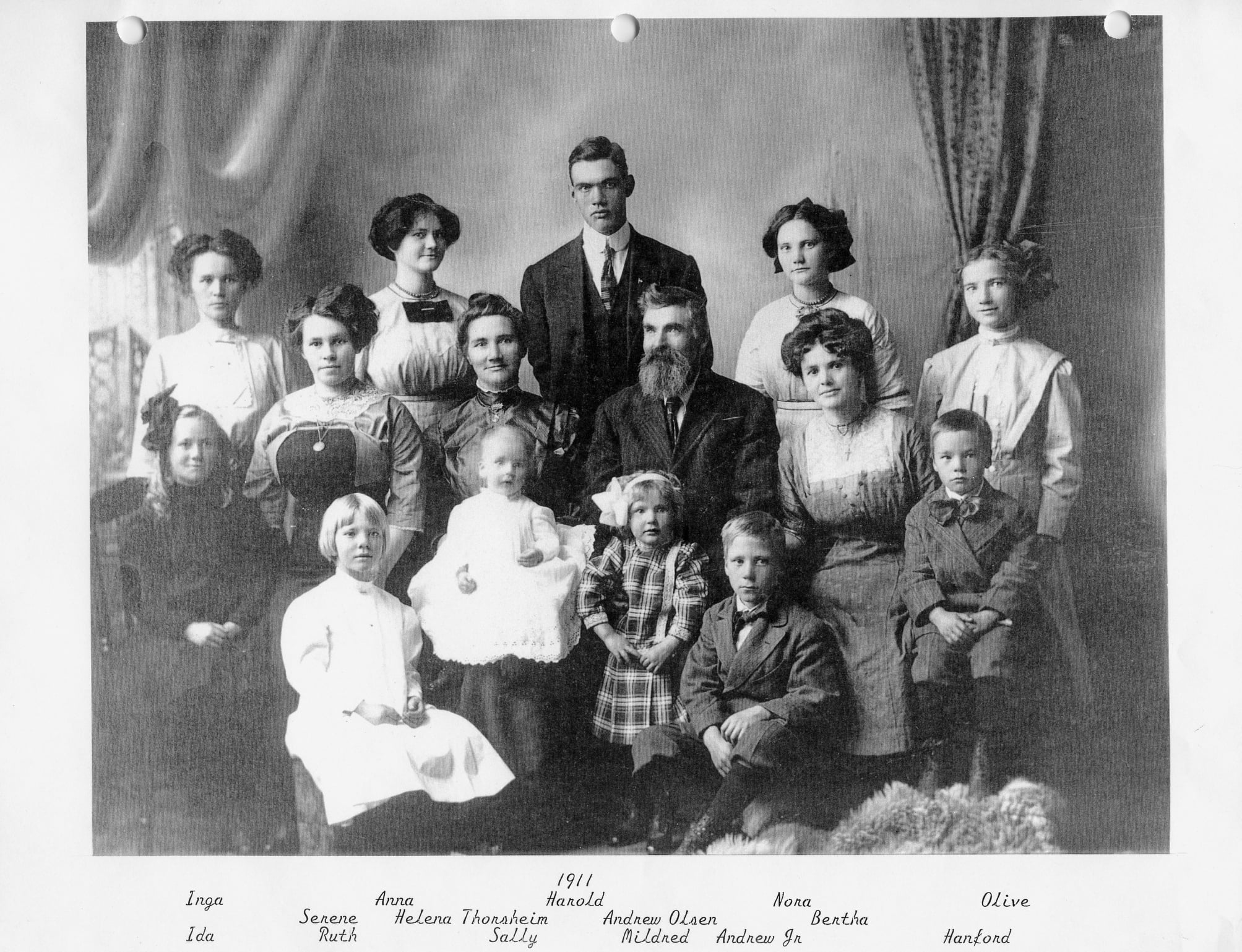 One of Clinton’s early European immigrant settlers was Andrew Olsen, who was born in Stavanger, Norway in 1854.
He lived on a farm, and as a child helped with the chores while learning the carpenter trade until he was 14 years old. Then he went to sea.
During the next 18 years, he followed that vocation, sailing all over the world. His voyages took him to Australia, Africa, India and China.
In 1886, perhaps tiring of the sea he “jumped ship” at the port of Utsaladdy on Camano Island. Free from the ship’s authorities he obtained work in the sawmill and stayed for three years.
In 1889 Andrew applied for a 160-acre homestead in Clinton, WA. He sent for his wife Kristiana and their three children, Bertha, Serena and Inga.
Kristiana and her newborn child died in 1891, after which Andrew took his three daughters to an orphanage in Poulsbo, WA where he met Helena Thorsheim, a widow who was working at the orphanage. Within two years she and Andrew married.
Andrew and Helena plus her young son, Harold, moved to the Clinton homestead. Their blended family was increased by the births of 10 more children: Anna, Nora, Olive, Ida, Andrew, Ruth, Hanford, Mildred, Sally and Benjamin.
In 1899 Andrew’s mother in Norway died. Andrew’s younger brother, Gilbert, had moved to Clinton by then and was sent to Norway that year to bring their father to America.
When Gilbert returned he also brought Lewis Melling and one other person. Lewis Melling later married one of Andrew’s daughters, Inga. 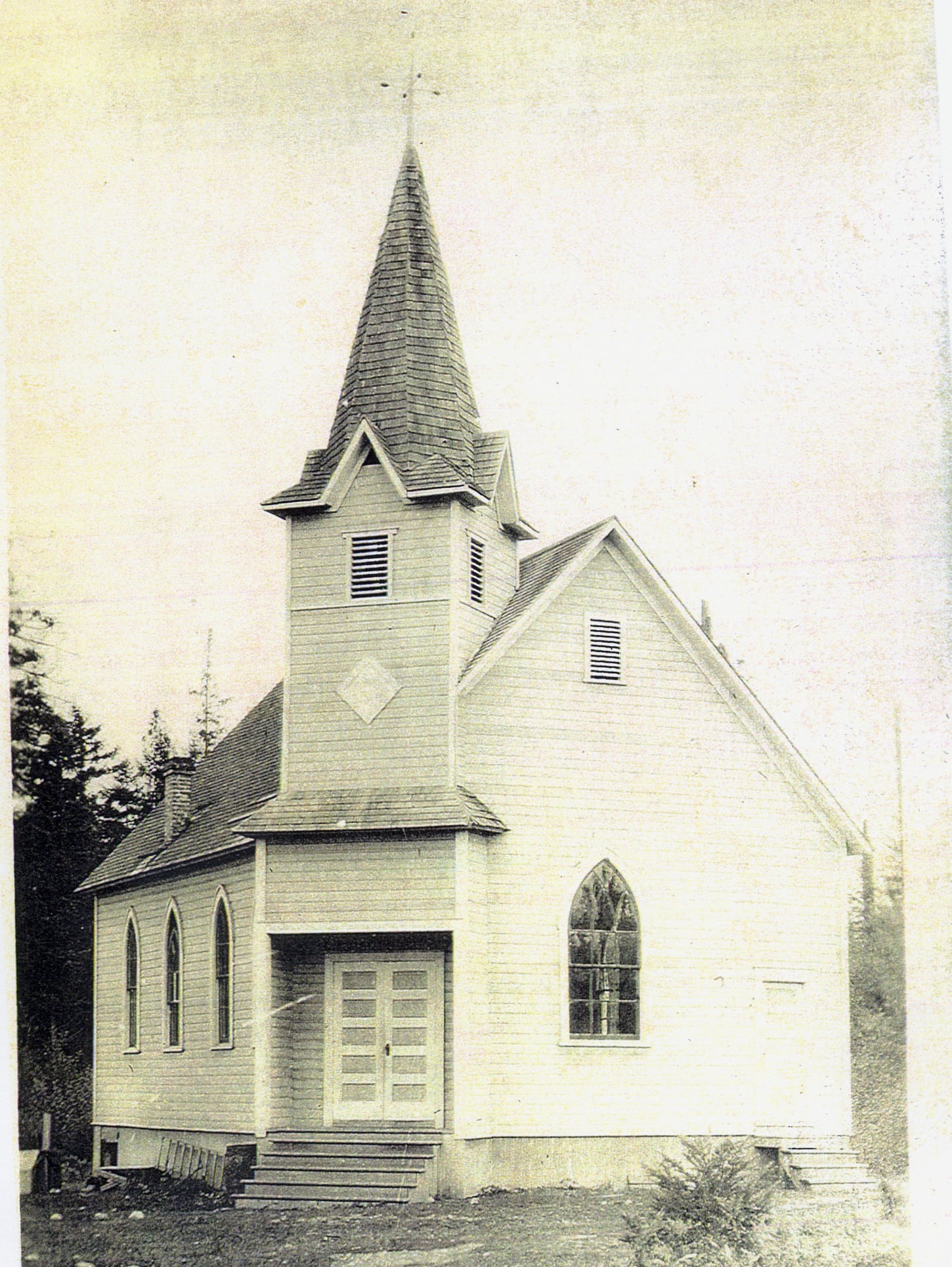 Andrew Olsen was the lead builder of St. Peter’s Lutheran Church in 1904. This is how the church originally looked. In 1917 the front and belltower were moved to the middle of the building.

Andrew and his brother were charter members of St. Peter’s Lutheran Church which had begun meeting at the Jacob Simmons home in 1901.
In 1904 the Chris and Martha Berg family deeded property to be used for building a church and Andrew headed the construction, copying some of the styles from the Saint Peter’s Church in Stavanger, Norway.
In November of 1911 the Olsens moved up island to San de Fuca. Many of the Olsen family are buried in the St. Peter’s cemetery next to the church.