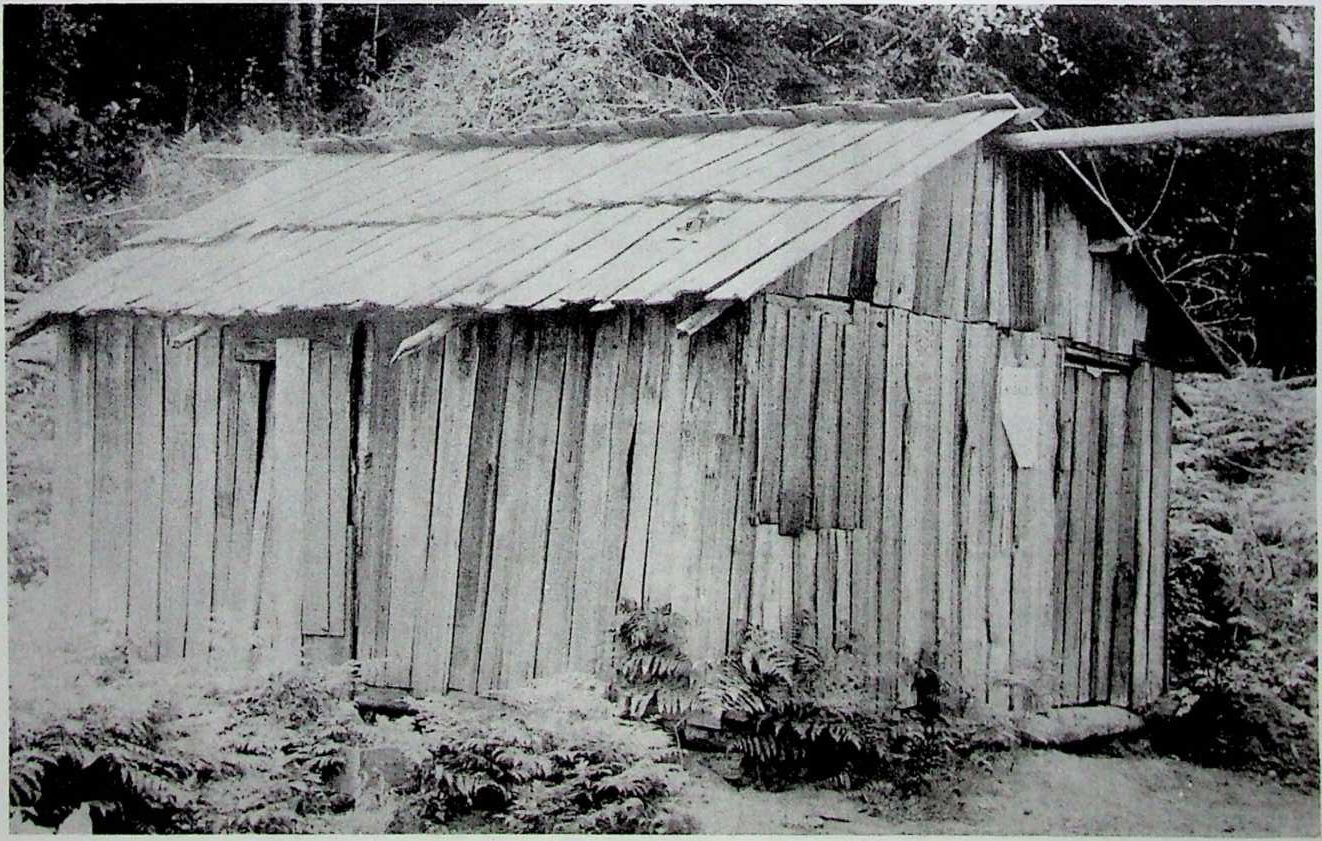 The first schoolhouse in Saratoga, built in 1906, boasted Mr. Leighton as its teacher. This photo, taken in 1914 was provided courtesy of Gertrude Schulz Hughes of Auburn.

In 1914, a German family, William and Theresa Schulz and their children arrived at Saratoga. For the next several years they played an important part in that community. They had migrated with their respective families from Germany to Missouri where they met and were married in St. Louis. 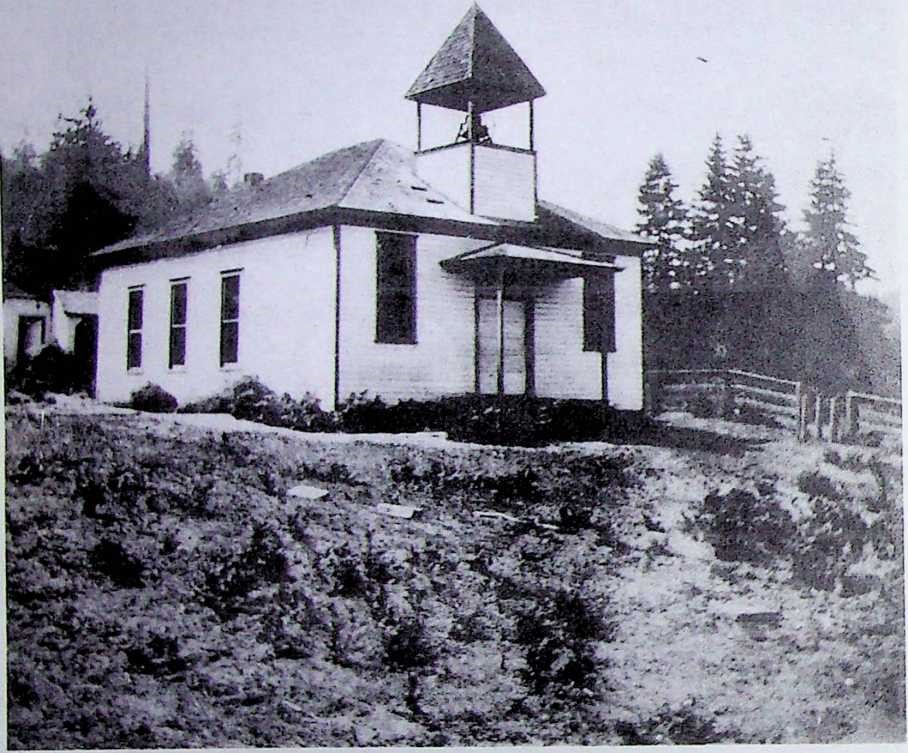 William Schulz was a baker by profession. He continued his baking in Seattle after moving to Saratoga, where he developed a sizeable farm. The Schulz children were Arthur, Edna, Martha, Fritz (who died and was buried at Saratoga), William, Louise, and Gertrude. 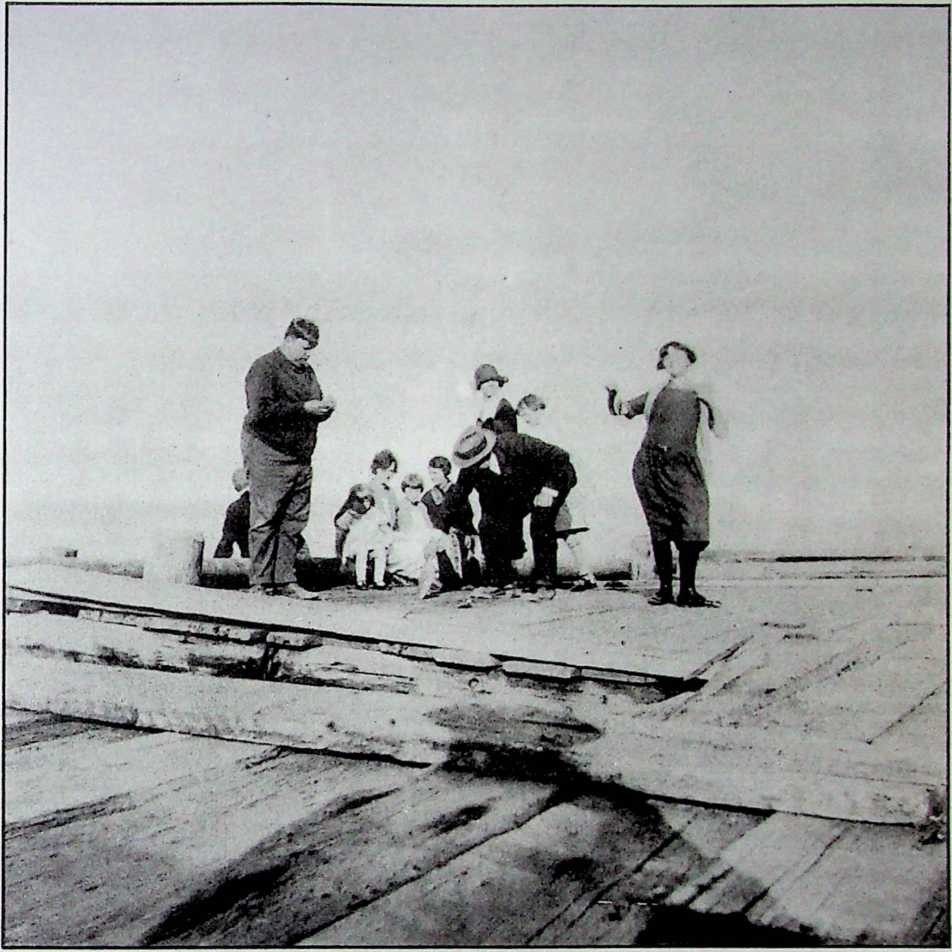 William and Theresa Shulz arrived at Saratoga from Saint Louis around 1914. Here they stood on the dock after debarking from the “Fairhaven.”

The history of the Schulz family from the time they arrived at Saratoga in 1914 through 1920 is shown in a series of pictures presented through the courtesy of Gertrude who is now Mrs. Duane Hughes of Auburn. 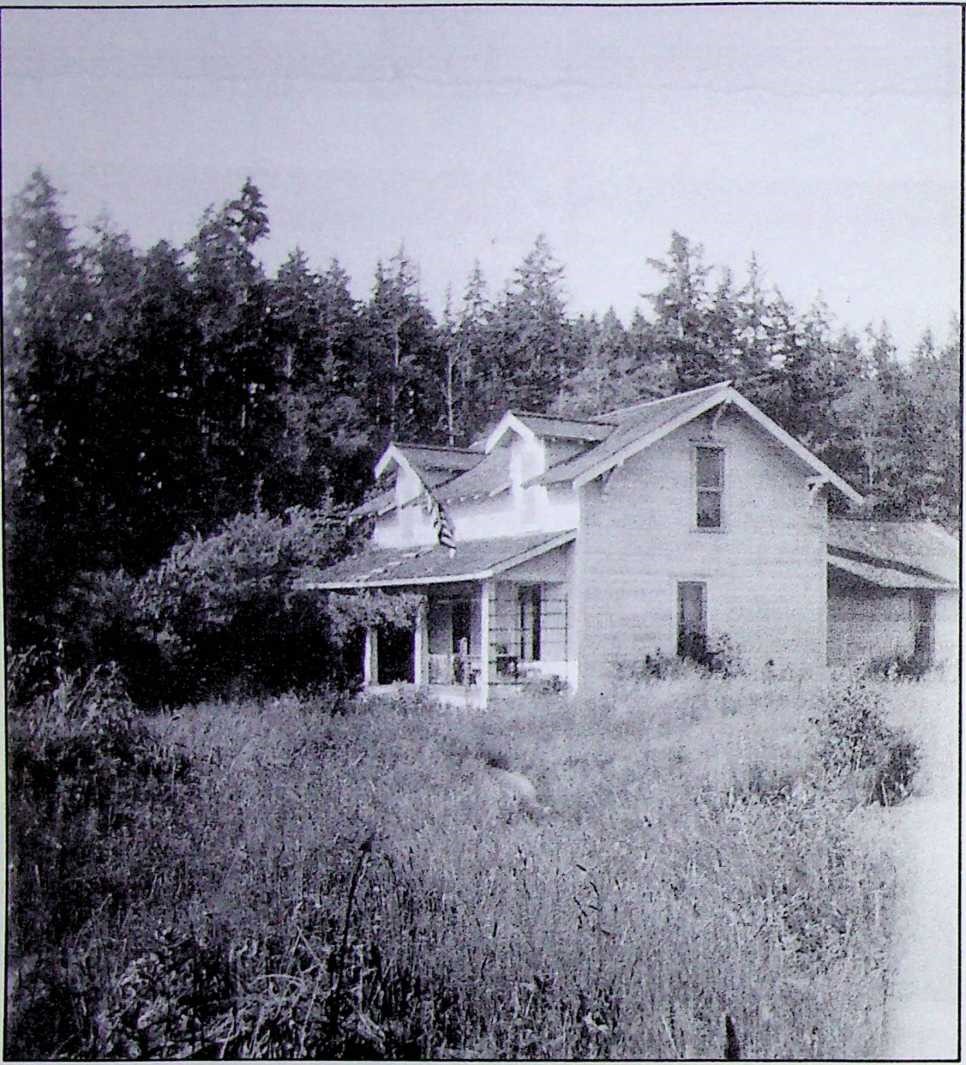 The Pete Biber home where the Shulz family stayed until they were ready to move into their own home. Mrs. Biber died in childbirth and is buried on the premises. 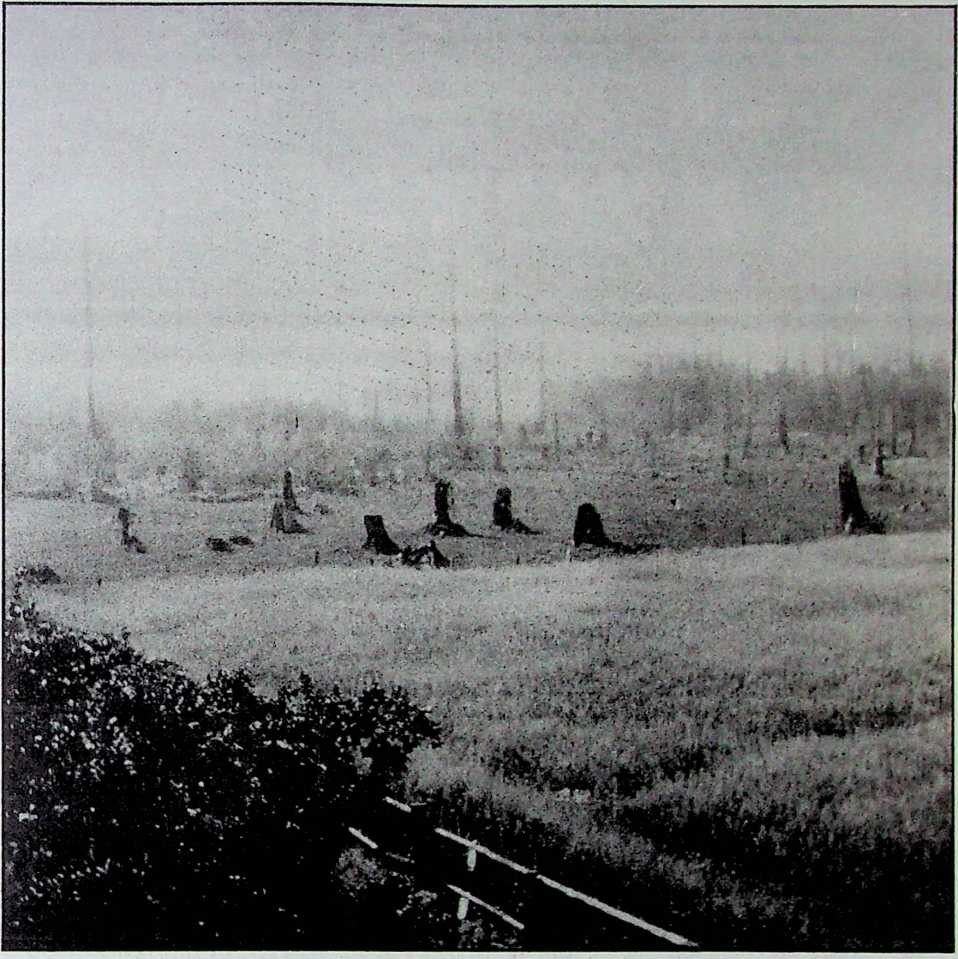 The land after it was cleared and the farm began to shape up. 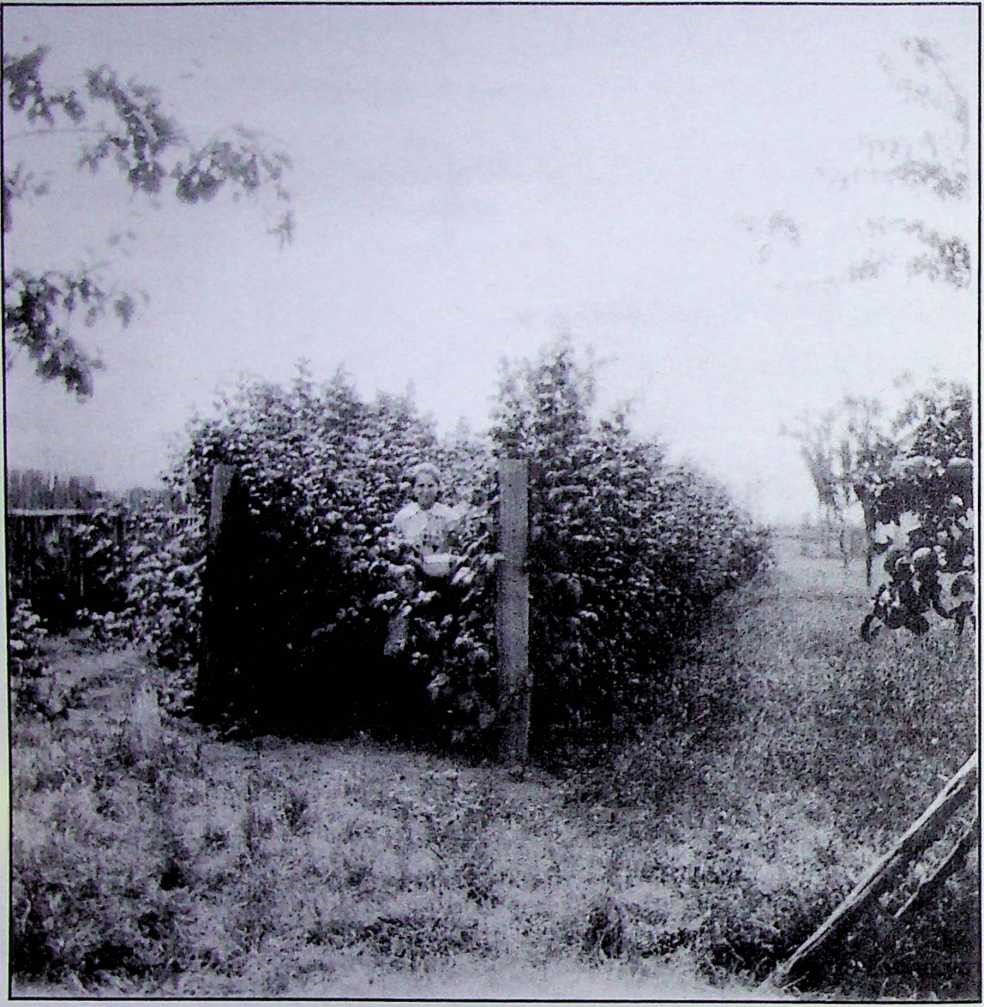 A berry patch on the Shulz’ property. 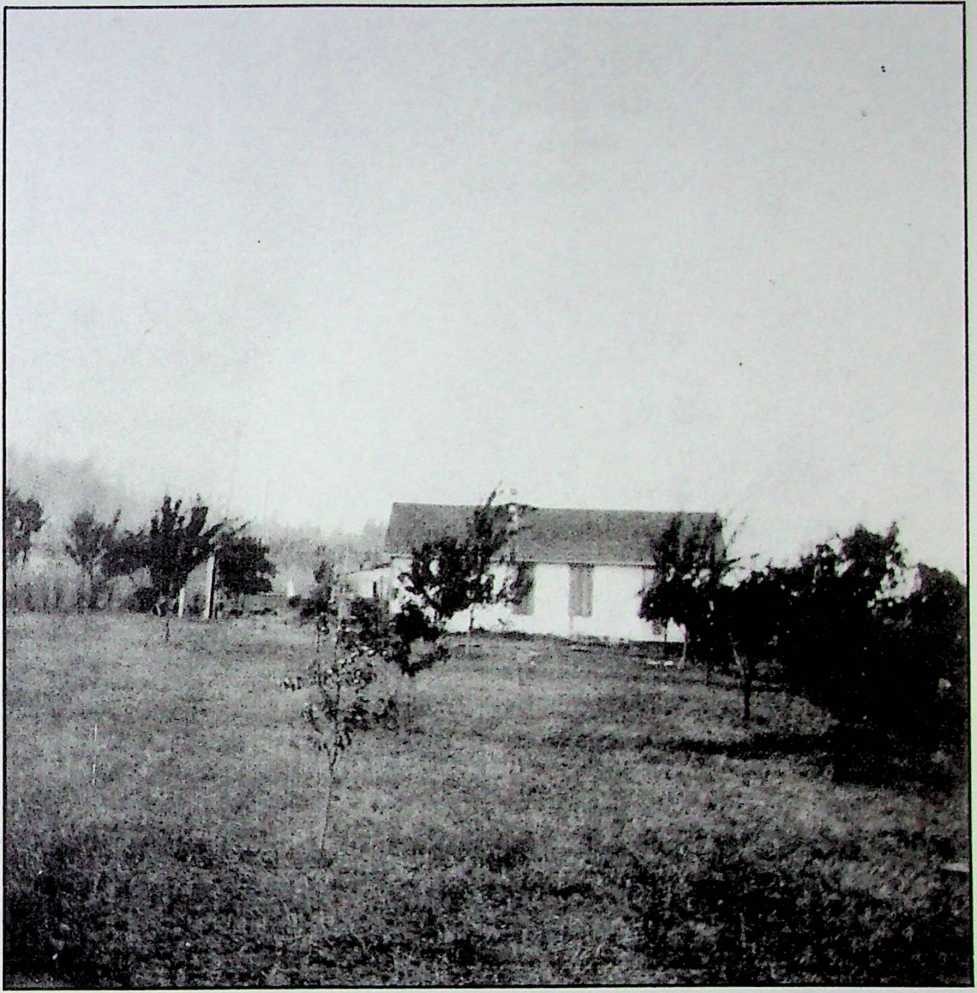 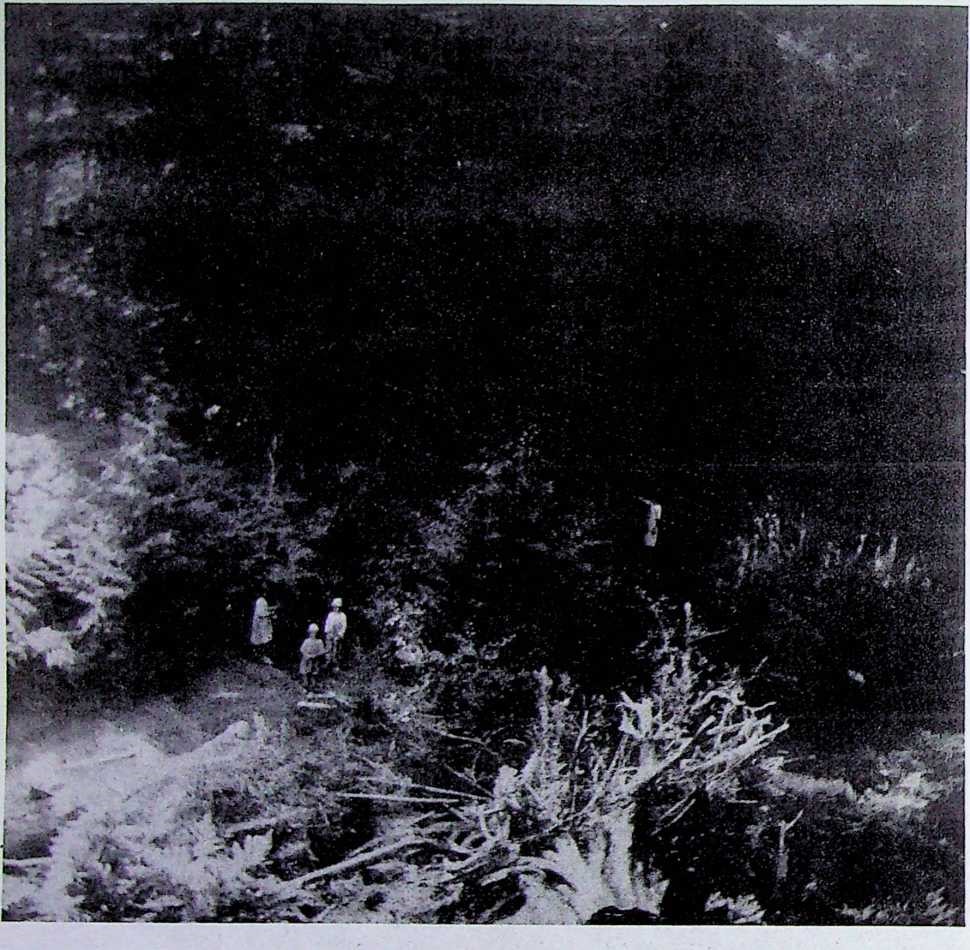 The woods of Saratoga around 1920. 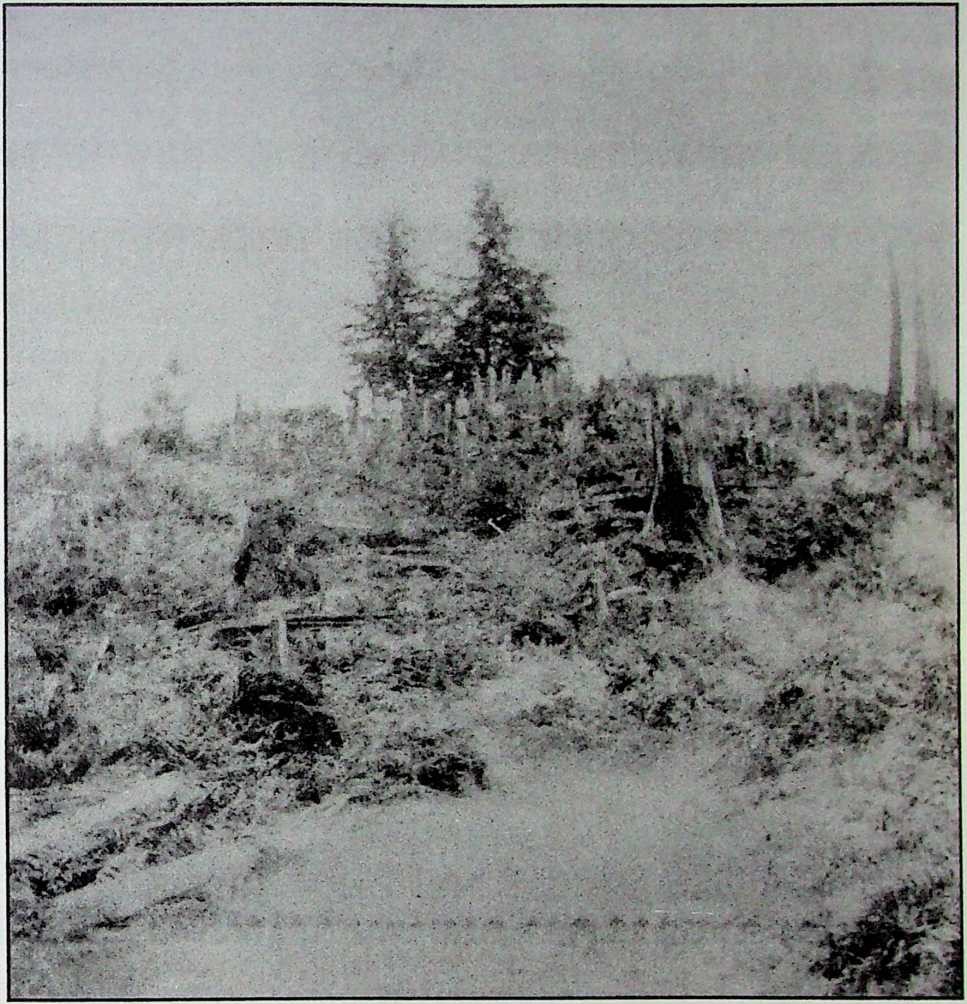 When the Shulz family took over their farm, there was much brush and many stumps to contend with. 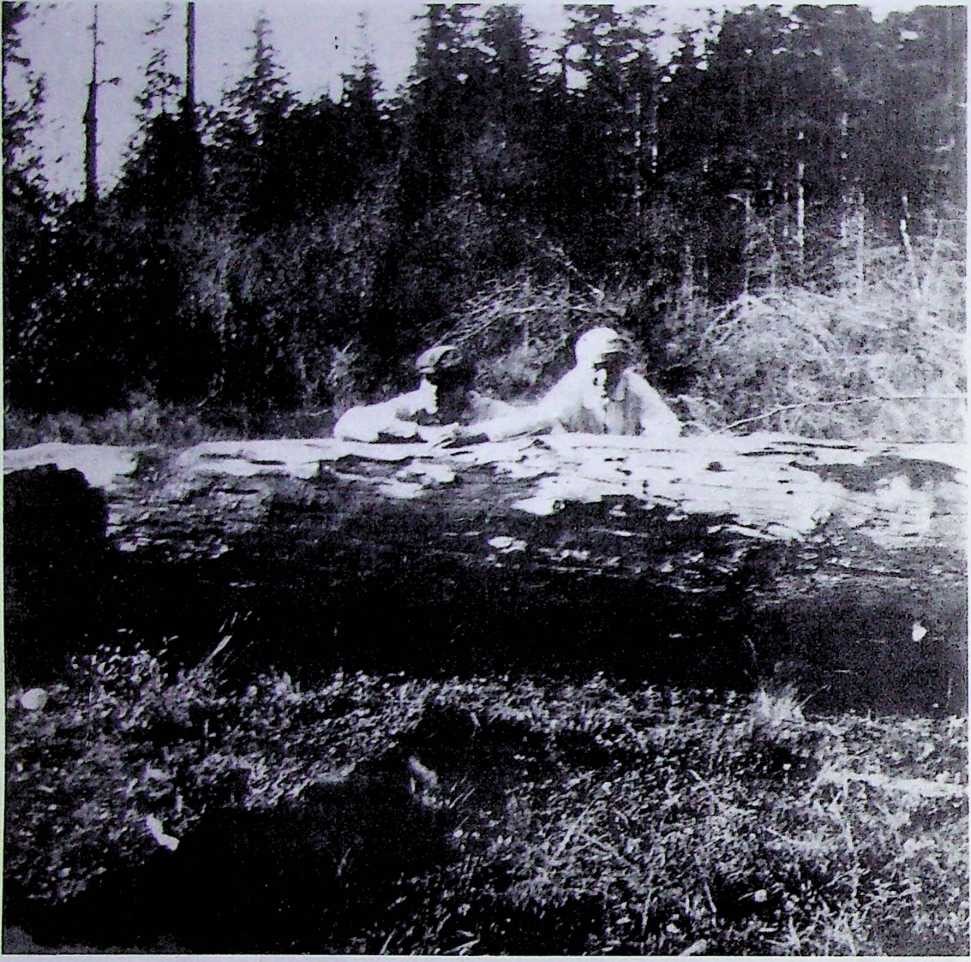 Logs of this size were typical around the Saratoga area as the first growth timber was removed in the early 1900’s. 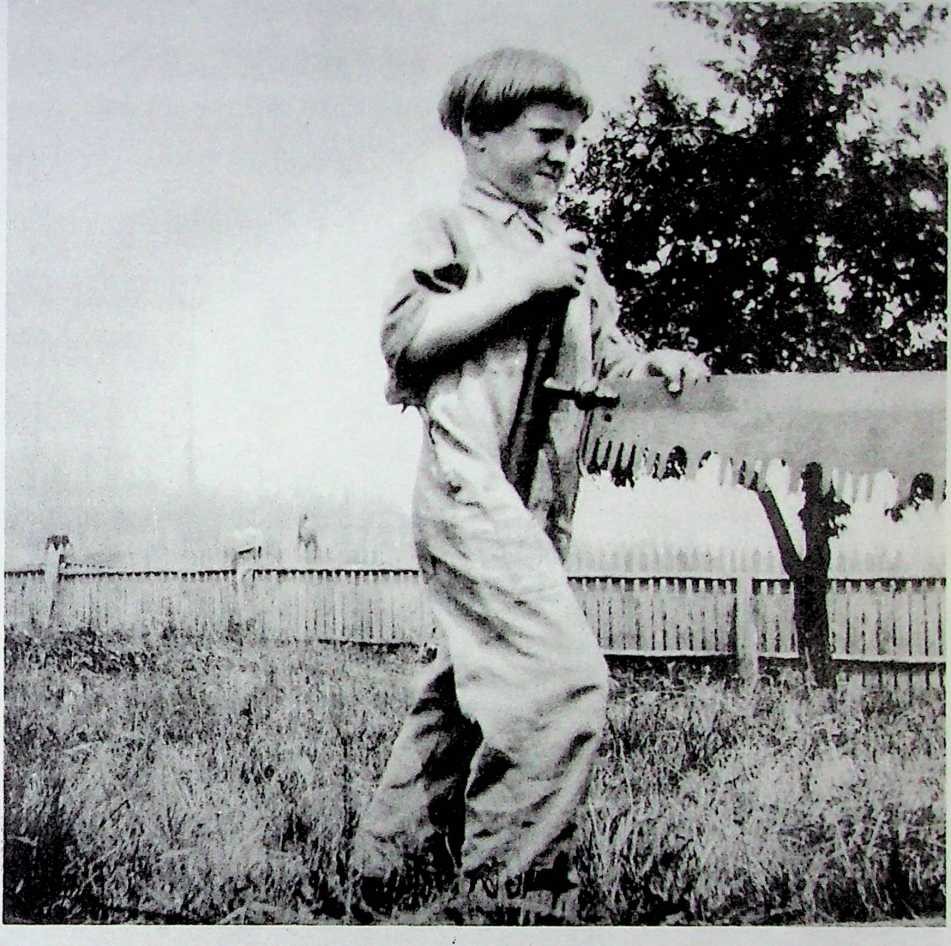 A young man tries his hand as a sawyer with an instrument that appears way too big for him. 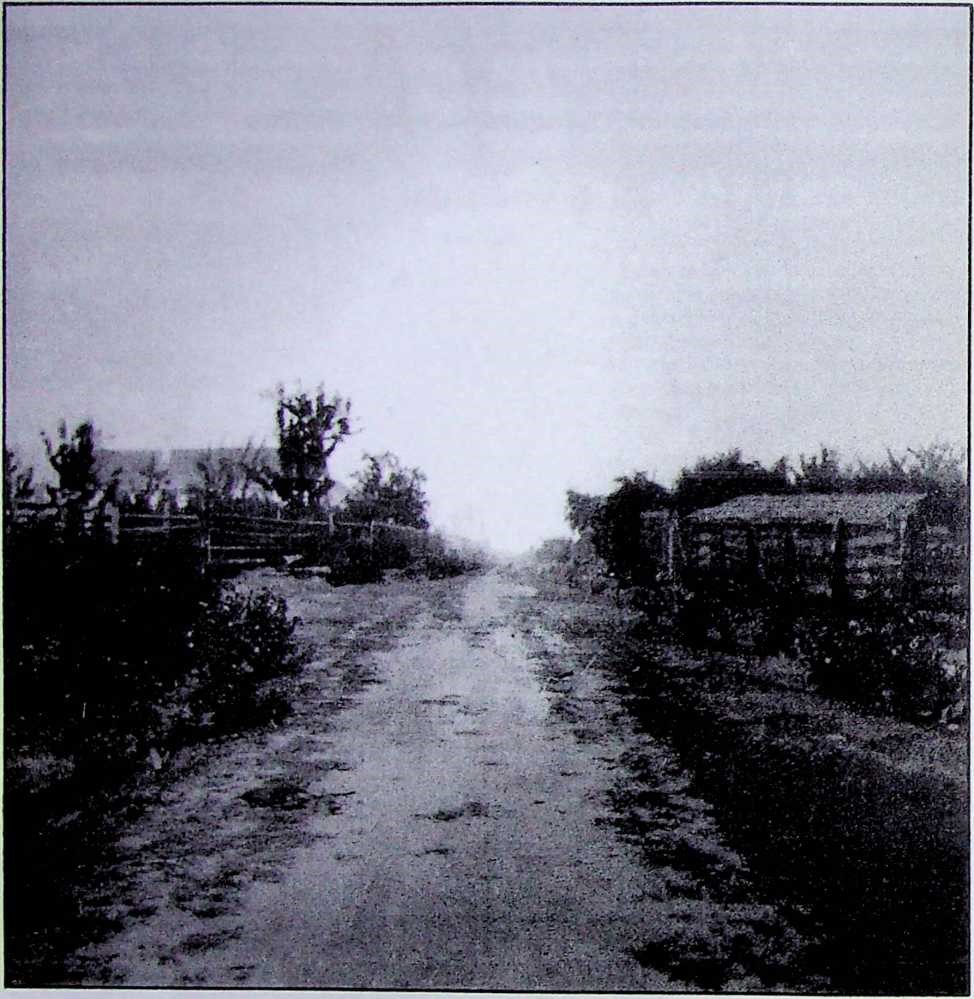 The Saratoga road to the Shulz farm. 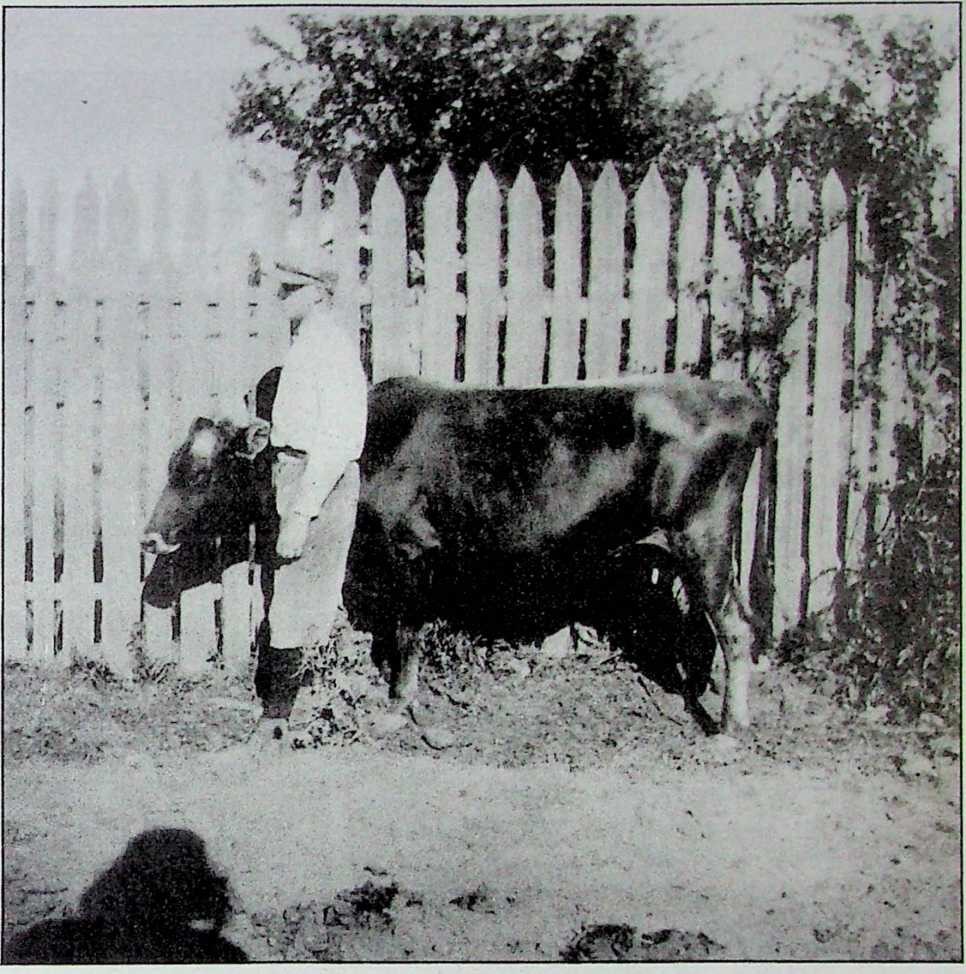 Arthur Shulz and his prize heifer. 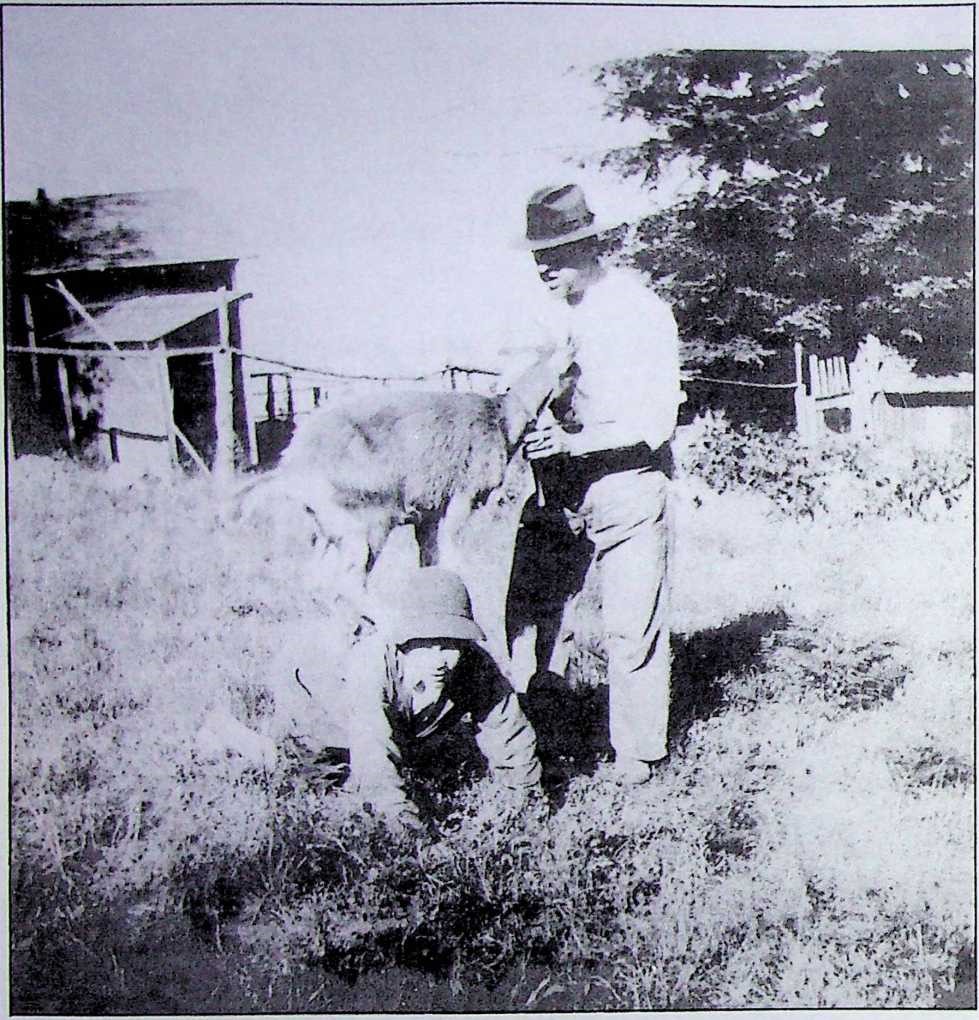 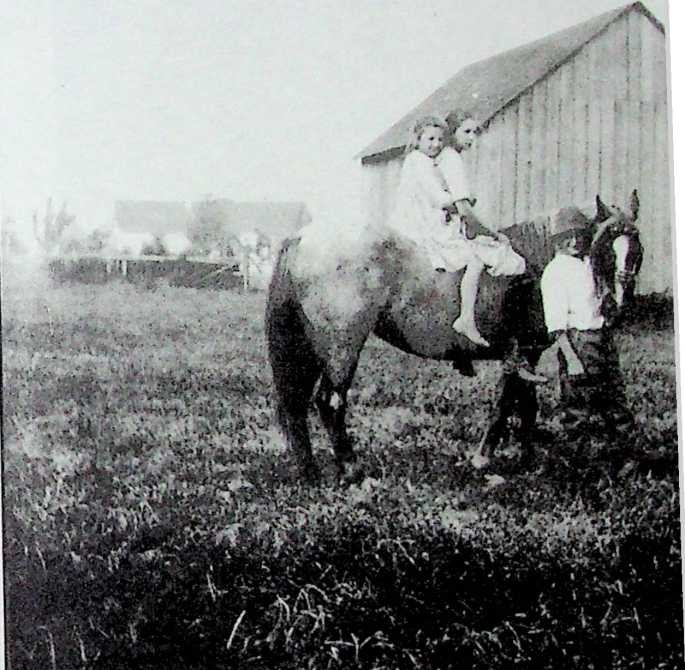 The Shulz bam with Edna and Martha on a horse 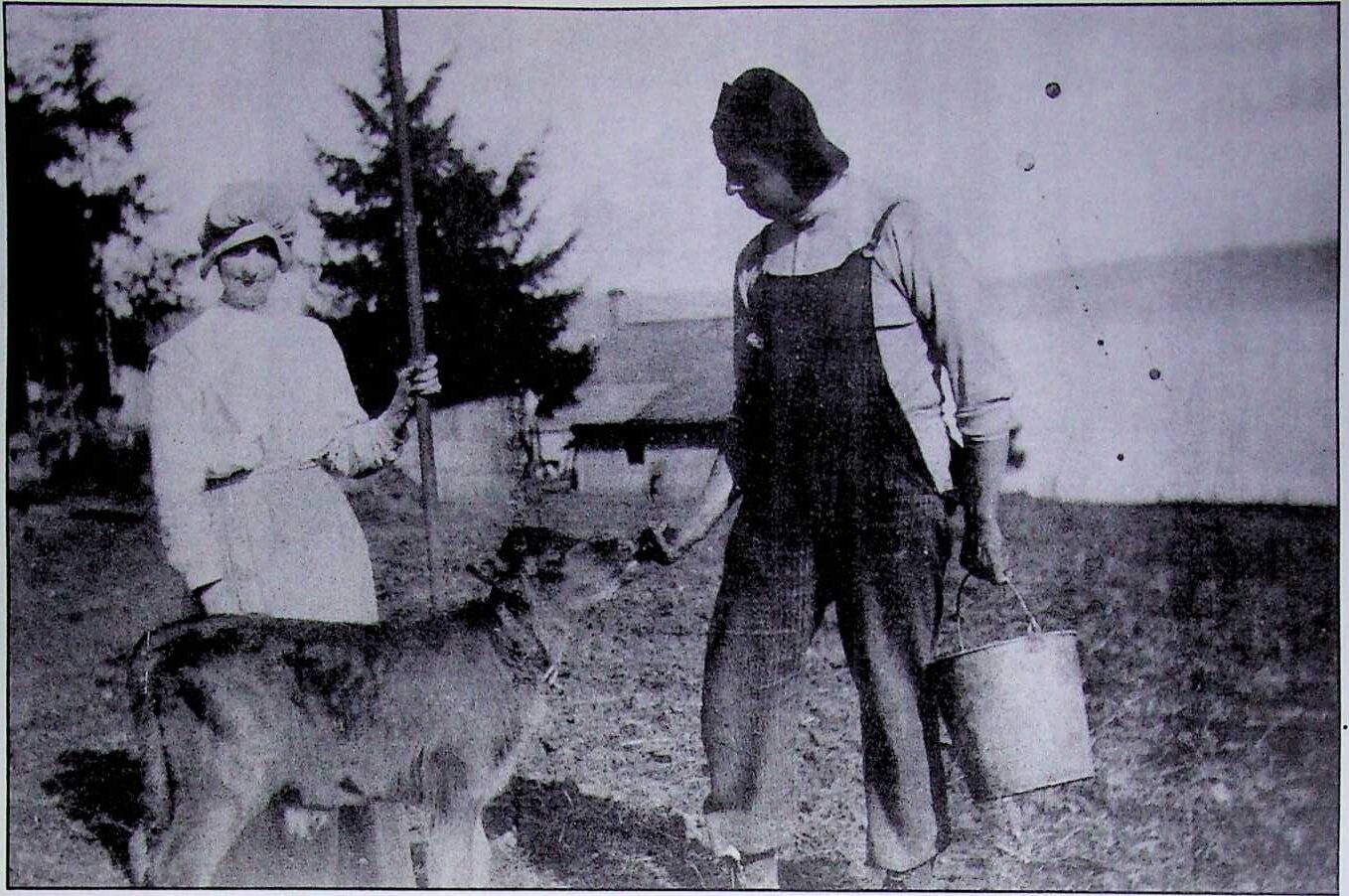 The bottle baby—Mrs. Schulz and son. 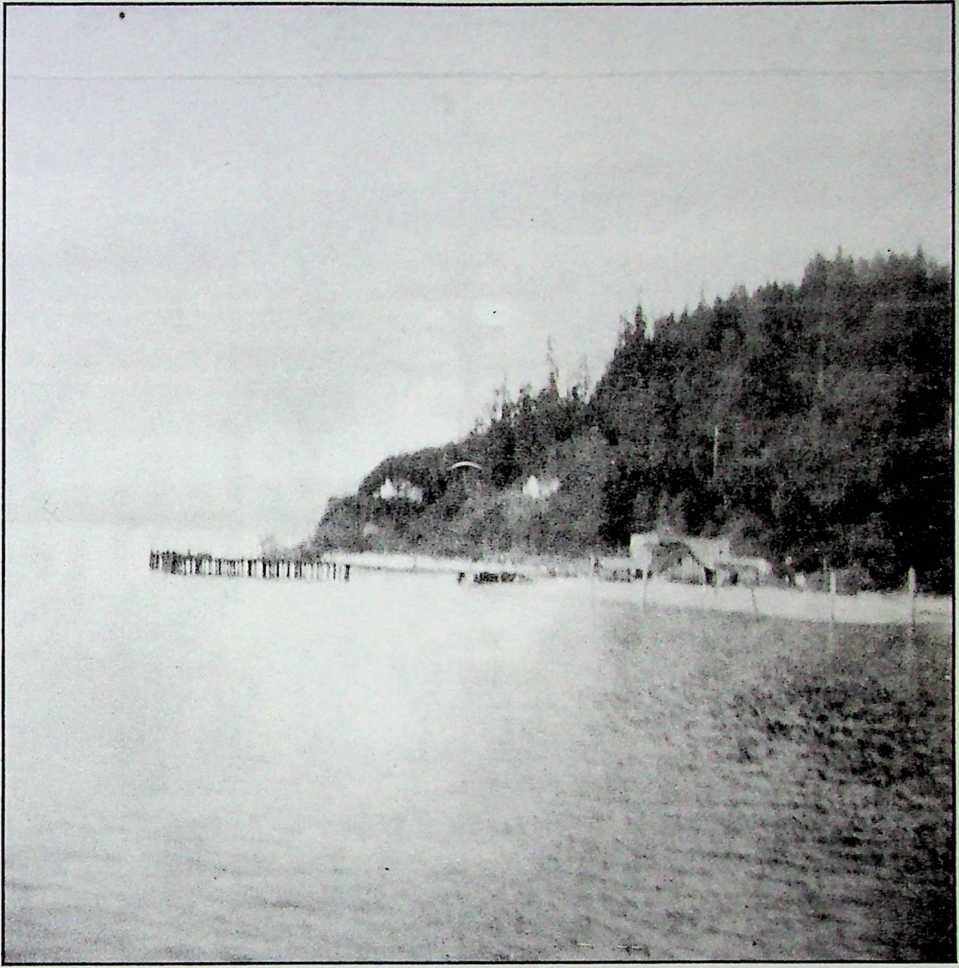 The Saratoga shoreline in the early 1900’s. 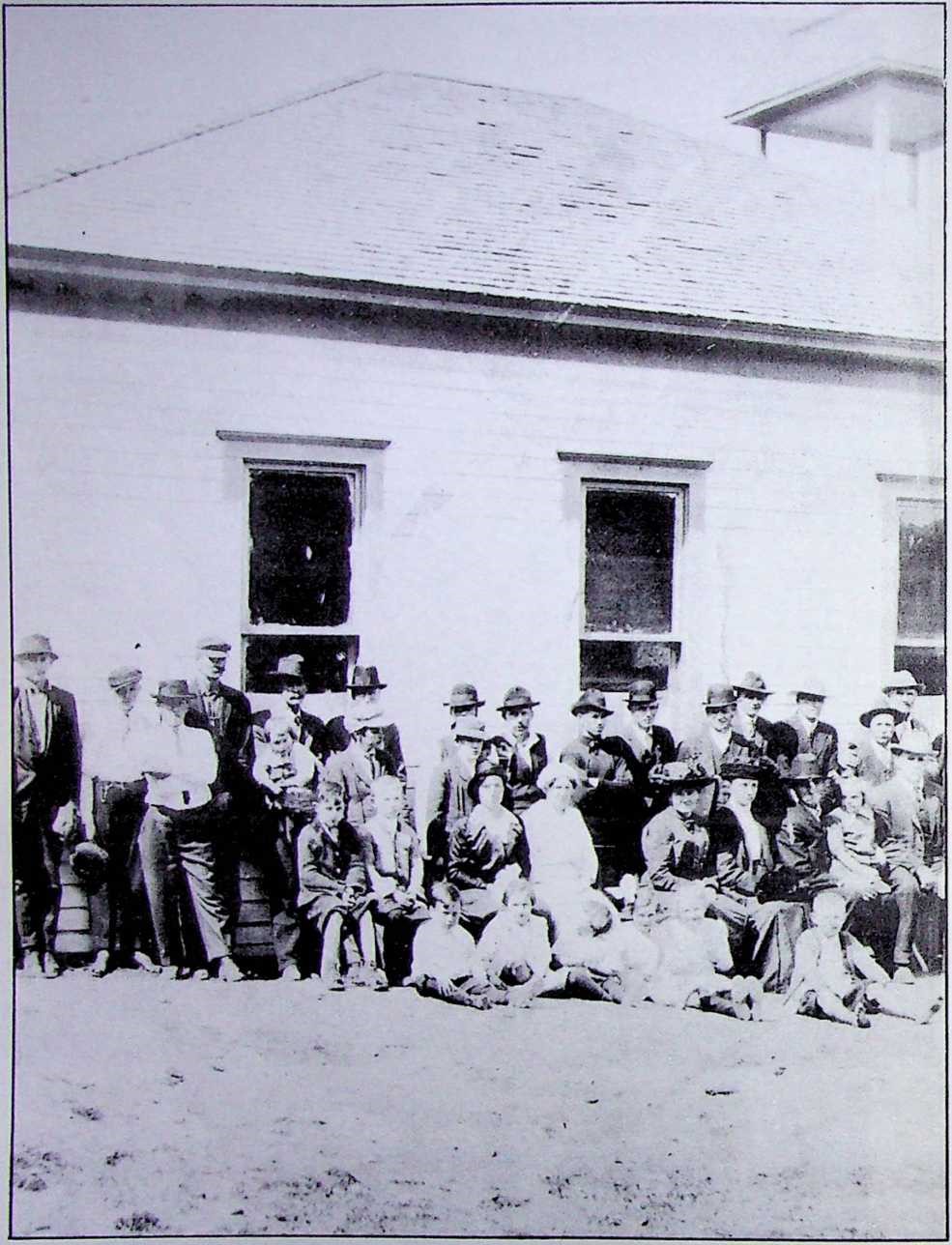 The Saratoga School around 1918. 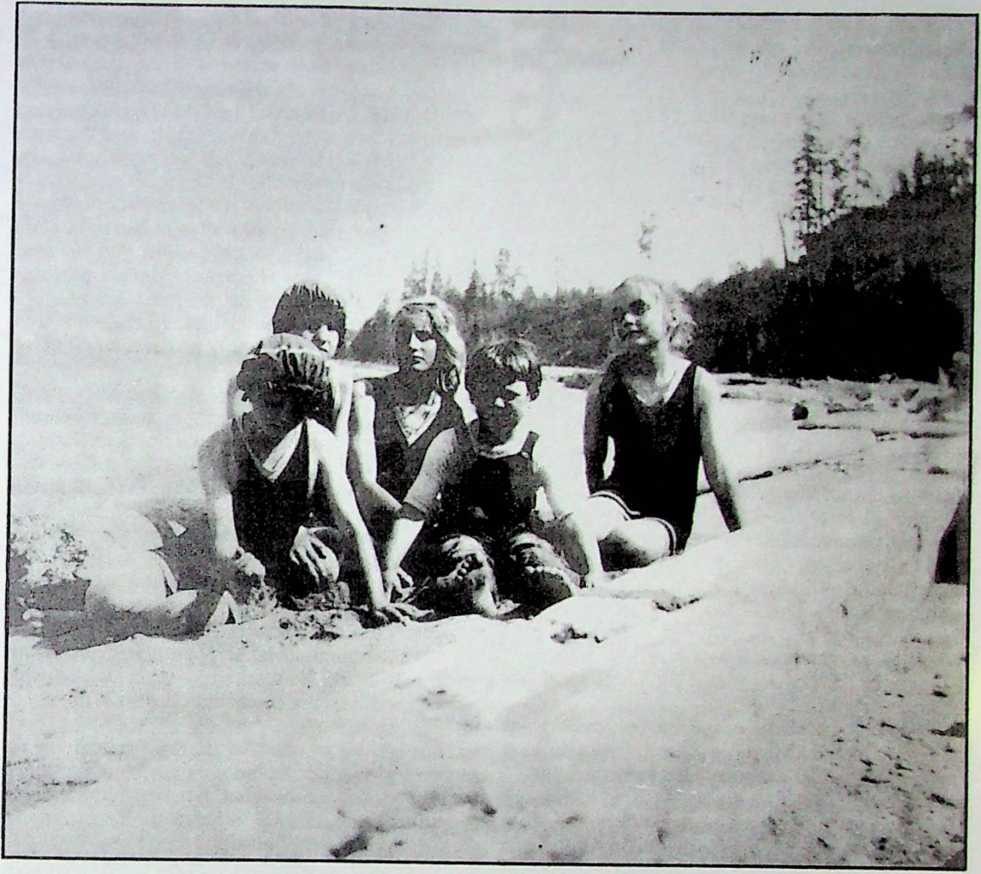