Mutiny Bay School Principal and Teacher Charged With Disloyalty in 1918. 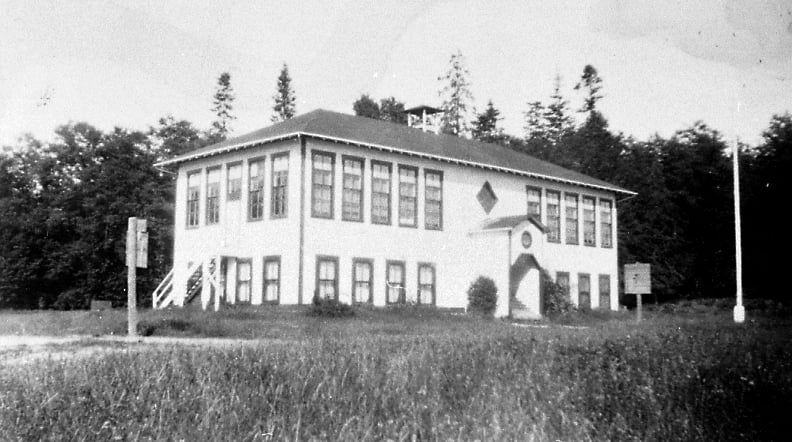 Mutiny Bay School Principal and Teacher Charged With Disloyalty in 1918
Strong political feelings are nothing new to South Whidbey. In 1900 a Utopian Socialist Colony – the Free Land Association — was established in present day Freeland. The Brotherhood of the Co-operative Commonwealth had intended to secure Washington for socialism by planting a series of colonies within the state, including Freeland.
The colony grew for a few years, but then went into decline as some members did not equally contribute to the common good.
Through the years Socialists and Capitalists lived side by side, and their children attended the public schools together which had been built by construction labor largely donated from both ideological camps.
We recently came across a newspaper clipping from 1918 concerning Principal and teacher J.M. Salter who was charged with disloyalty and subsequently lost his teaching credentials and job at the Mutiny Bay School in Freeland.
The Everett Herald printed:
“On a complaint filed by Island County Superintendent of Schools Evelyn Spencer, J.M. Salter principal of District 10, Freeland School, was yesterday tried by State Superintendent of Public Schools Josephine Preston as judge for alleged unpatriotic utterances. The complaint urges that he be prevented from teaching in this state again….
The rumor had gone out that the little schoolhouse at Freeland, on Mutiny Bay, was to be besieged by bands of I.W.W. and others from Everett, Freeland and Austin. As a protective measure, a score of soldiers were on hand to take care of any trouble which might start.
Only about 30 spectators showed up at the hearing and everything went off very smoothly. A government agent was also on hand and asked a few questions, but the whole affair was handled in the most orderly and praiseworthy fashion by Mrs. Preston.
It was entered as testimony during the trial that one lad of 15, Joe Willis, while school was in session, threw a Red Cross booklet on the floor, stomped on it, and then picked it up and wrote ‘I.W.W.’ across the front. For this he received no reprimand from Salter.
It was testified to that Salter had said he was against the government and the Red Cross, but this took place before May 16, the day on which the amendment to the espionage act went into effect…
“His continuance as a teacher is detrimental to the welfare of the nation,” was an allegation introduced in the complaint.
Mrs. Ina Salter (his wife) has been a teacher in the school, receiving $65 a month, and her husband received $90 a month. It was stated they had given $10 on a Liberty Bond and $5 to the Red Cross. The latter amount had been given only after repeated calls. He said he would give it in Everett and he did give it here. He admitted giving money to defend Wells in Seattle, who was convicted of espionage.
That he never taught the spirit of patriotism; that the small flag in his classroom was kept rolled on his desk, and that he only had children salute it once a month or so, when frequently many did not salute I and never did they all obey, were other allegations made….”
The Everett-based Co=operative News (a Socialist newspaper) had a different take on the trial:
“… This is another case of a man persecuted on account of his political convictions. Even non-Socialists in the Freeland school district admit there has never been a better school there, that the pupils as a whole have made better progress than under any former teacher. It is practically admitted that the ones who are behind this move are a bunch of politicians at Coupeville, the county seat.
Many silly rumors have been started in the community to try and work up a case. One was that Salter had been so unpatriotic as to spit on the flag. This was dropped, however, when it was realized that the one who had charge of the flag, put it up, took it down, and put it away every day, was the janitor, who is also a patriotic stool-pigeon. A charge made against Mrs. Salter is that on one occasion she laughed seditiously. However, there is still danger that Salter’s Certificate will be revoked, because they have the power to do so.”
And indeed a few weeks later, it was. In addition, the Salters were asked to move from the cottage owned by the school for housing teachers.
The next year Mr. Salter was a Socialist candidate running in the primary for Everett city council and lost. According to The Washington Socialist, Salter had previously run on the Socialist ticket in Everett in 1914 for Commissioner of Public Works and won, but then lost re-election in 1916 and decided to return to teaching (at Mutiny Bay School).
When school was in recess for the summer in 1917, The Northwest Worker (June 28, 1917) lists Salter as a Snohomish County organizer for the Party:
“…The members were unanimous in the belief that now is the best time in the history of the Socialist movement for the carrying on of our propaganda, and that the 1918 campaign so far as Snohomish County is concerned should begin now.
Accordingly, Comrade J. M. Salter was authorized to act as a county organizer. Comrade Salter knows every highway and by-way of the county and expects to cover the territory by auto. He is under no guarantee of the organization and expects to be compensated from collections, donations and literature sales… Comrade Salter is a hard and enthusiastic worker in the cause of Socialism and enjoys the confidence of the membership.”
He had also filled in as editor of the Socialist newspaper The Commonwealth in Everett.
In 1918 he ran for congress on the Socialist ticket and lost. 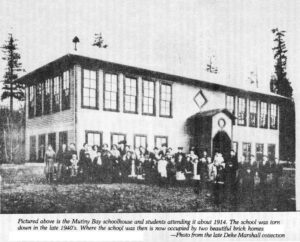