South Whidbey Goes to the Chickens (and the Turkeys) 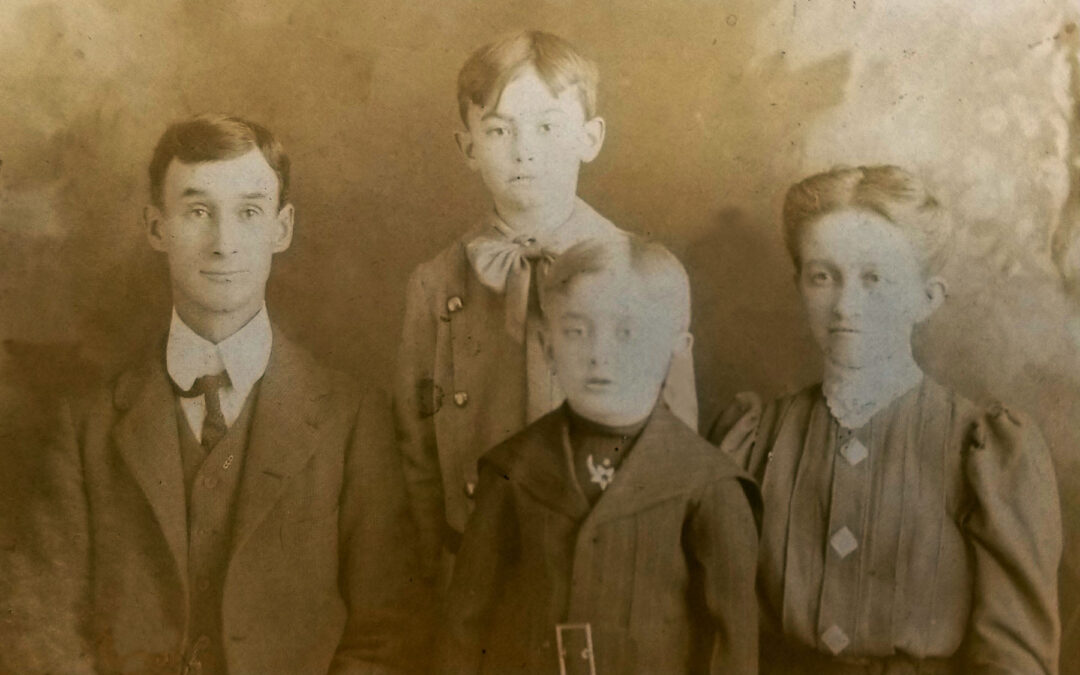 This article was from our recent Then and Now newsletter…

In 1904 the Melendys bought the Newell’s house and 10 acres. They decided not to keep the post office open, so the Useless Bay area was then serviced as a rural route, with Walt Hunziker delivering mail by horseback. Later, when the Meiers opened the lagoon-side Bay View Cash Store, mail was delivered by boat and dropped off at the store.

Corydon farmed a variety of crops, but an initial interest was in planting an apple orchard of 60 trees in his front yard. His neighbors thought it was a foolish venture, and Corydon learned that there was no ready market for apples at that particular time. 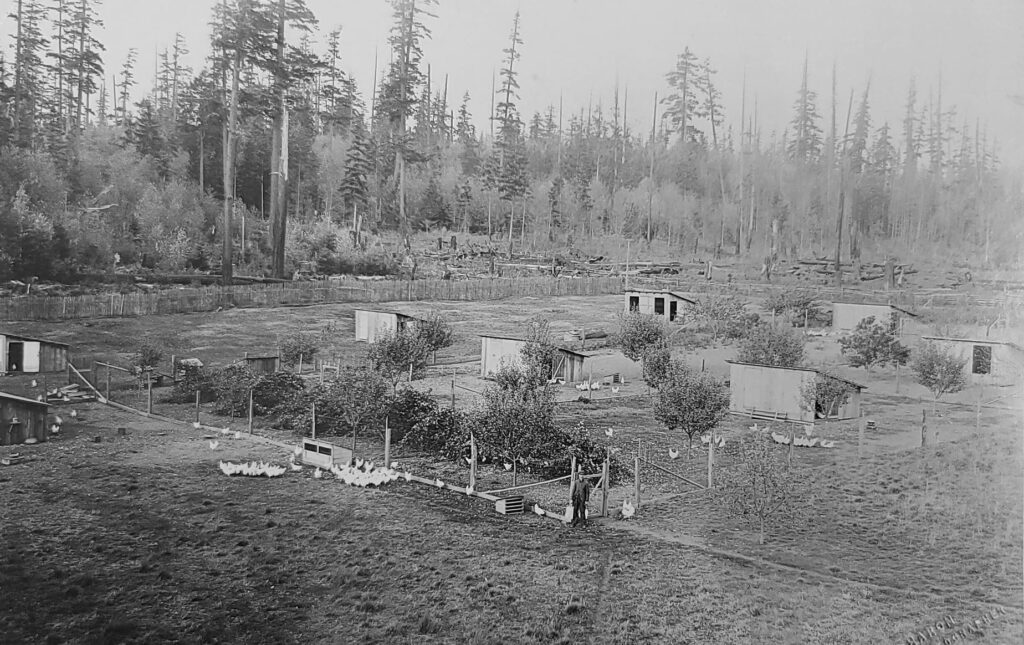 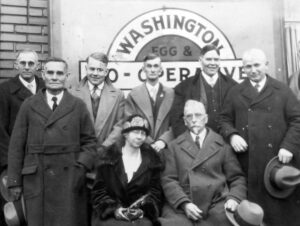 His next venture was in raising chickens, and this proved very successful. In fact, Corydon was one of the original founders of the Washington State Cooperative Egg Association that began on South Whidbey in 1914. Before the Co-op, eggs could be purchased for as little as 10 cents a dozen. The Co-op helped farmers improve poultry practices, establish bargaining agreements that raised prices, and forged new distribution channels.
Chickens and turkeys became a large business on South Whidbey. In the March 1932 Farm Bureau News issue, Whidbey Island was touted as one of the leading sections of Washington State for the productivity of its poultry farms. It stated that two-thirds of farmers on Whidbey Island were supported wholly or in part by poultry and egg production.
It was declared the mainstay of the Island’s economy and with a value estimated at $150,000 worth of poultry and $473,875 worth of eggs sold in 1931.
There were several large poultry ranches on the south end belonging to the Pattons, Fiskes, Johnsons, Kramers and Wilkersons. Some sold eggs, some sold fryers, and others sold hatchlings or a combination. The white leghorn was the most plentiful breed.
Whidbey’s climate was also prized for raising turkeys. By 1936 there were 50,000 turkeys being raised by south end families such as the Hellmans, Svensons, and Grants of Clinton; and the Johnsons, Kellys, Patzwaldts, Bells, and Beckers of Langley. 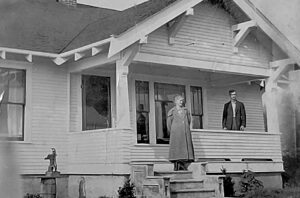 In 1922 Corydon and Ella built a charming yellow craftsman-style house that son Frank and wife Carrie (Ramstad) later inherited and lived in until their deaths. It still stands at the edge of the 13th green on the Useless Bay Golf Course, off Mills Drive by the old highway (now next to SR 525).
By the time the Melendy’s son, Frank, came home to manage the farm due to his father’s failing health, daughter-in-law Carrie wrote that while the country was in the the Great Depression, “We had 4,000 laying hens, a couple of pigs, and some cows, so we had our own meat, butter and eggs.”
Chickens became a lucrative target for chicken thieves, even on South Whidbey.
Langley resident Ester Anderson Berquist (later Moe) recounted in 1939 that an entire flock of 3,000 chickens was stolen from her brother Albert on the Andersen family farm in Langley.
“He had been sleeping in the henhouse because chicken thieves had recently stolen 2,000 white leghorns from Sam Fiske’s farm while he and his wife were at a Lodge meeting.
“My little boy had just passed away (from appendicitis) and we were so sad. We convinced Albert he should sleep in the house one night.
“The next morning when he went to the chicken house all the doors were open, all the chickens gone, and there was an odor of chloroform.
“There were no young chickens to lay eggs and my brother had to go to work in Everett to pay the $3,000 bill to the Co-op for the chickens and the feed he had purchased in the Spring.
“I thought it was terrible; you were paying for nothing,” she wrote. “A few years later someone stole another 2,000 chickens.”
A poultry disease (Pullorum) swept through Whidbey Island in the 1940s, decimating many flocks.
Disease and increased competition from the midwest led to falling prices. Once again, Whidbey farmers looked to diversify or found other jobs in the local economy.
Son Frank worked for the Telephone Company Cooperative, then logging, then the new Telephone Company as a lineman, a fisherman in Alaska, and an oiler for the WA State Ferry System. He also helped to found the Holmes Harbor Rod & Gun Club and was a member of the Bay View Hall Association, and the Modern Woodsmen of America.
Carrie worked as a ‘stewardess’ on the ferry in charge of food service until rationing during World War II. Then she began working for Harold Johnston at the Bayview Cash Store and stayed for the next 29 years.
Corydon and Ella Melendy had been charter members of the Deer Lagoon Grange. Corydon had also been a member of the South Whidbey Oddfellows Lodge, and the Woodmen of America. Ella had been a charter member of the Bay View Thimble Club.
Corydon died in 1938 at age 71 of what was listed as exhaustion and intoxication from urinary retention (uremic poisoning). Ella died in 1942 of a stroke.