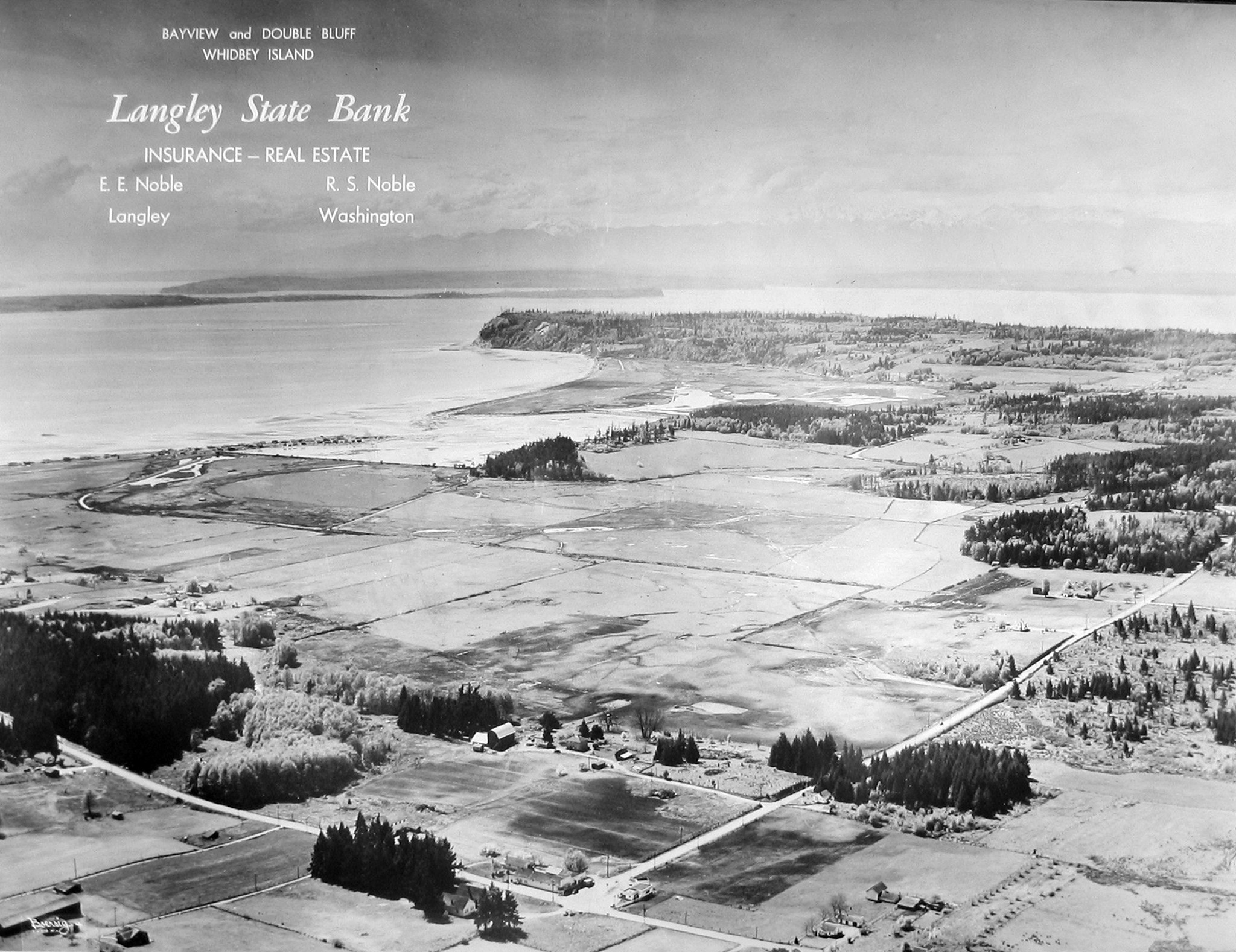 Two photos of State Route 525 – before the road was straightened (1955) and one after (1963) with views of Bayview, Deer Lagoon, Useless Bay and Double Bluff.

How many landmarks can you find such as the Bayview Cash Store, Bayview Hall, the Weedin barn and house, the Adolph Meier house, the Melendy house, plus Oliver’s Lake, and the beach at Double Bluff?

We would love to hear the background of why the Highway was straightened, as an alternative to driving through Bayview Corner. Some say that the U.S. Navy wanted a straighter road for fast evacuations off the island in case Deception Pass Bridge was not drive-able. Anyone know for certain? 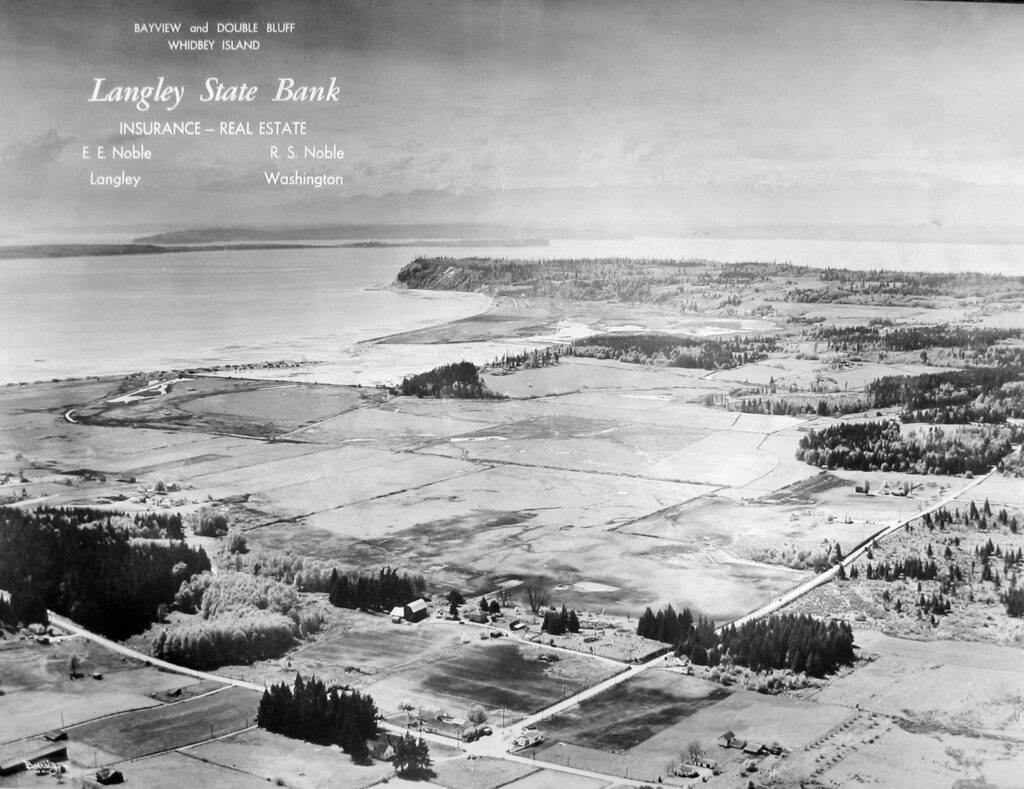 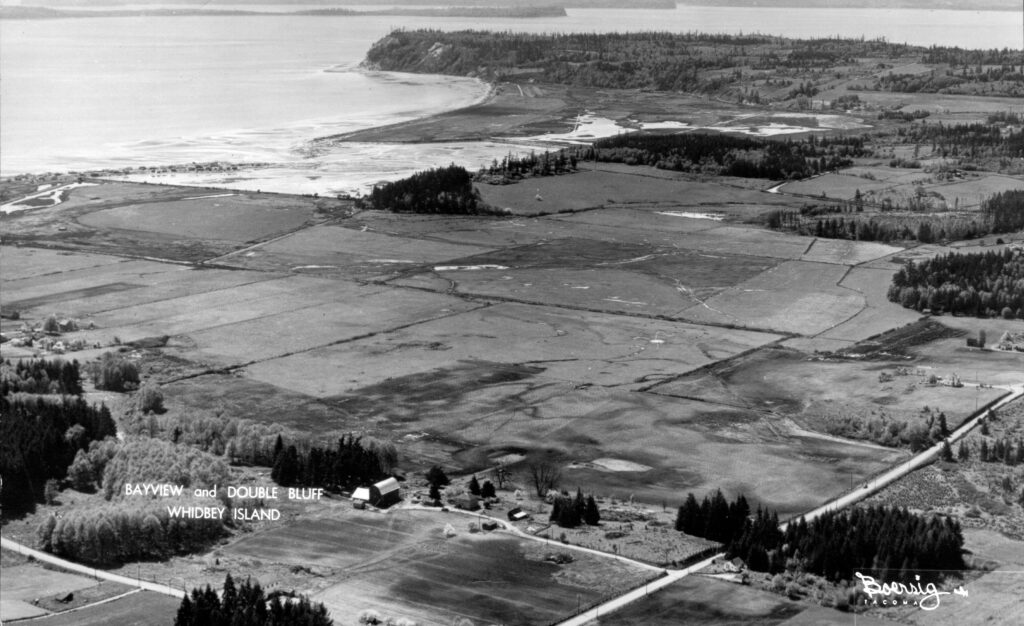 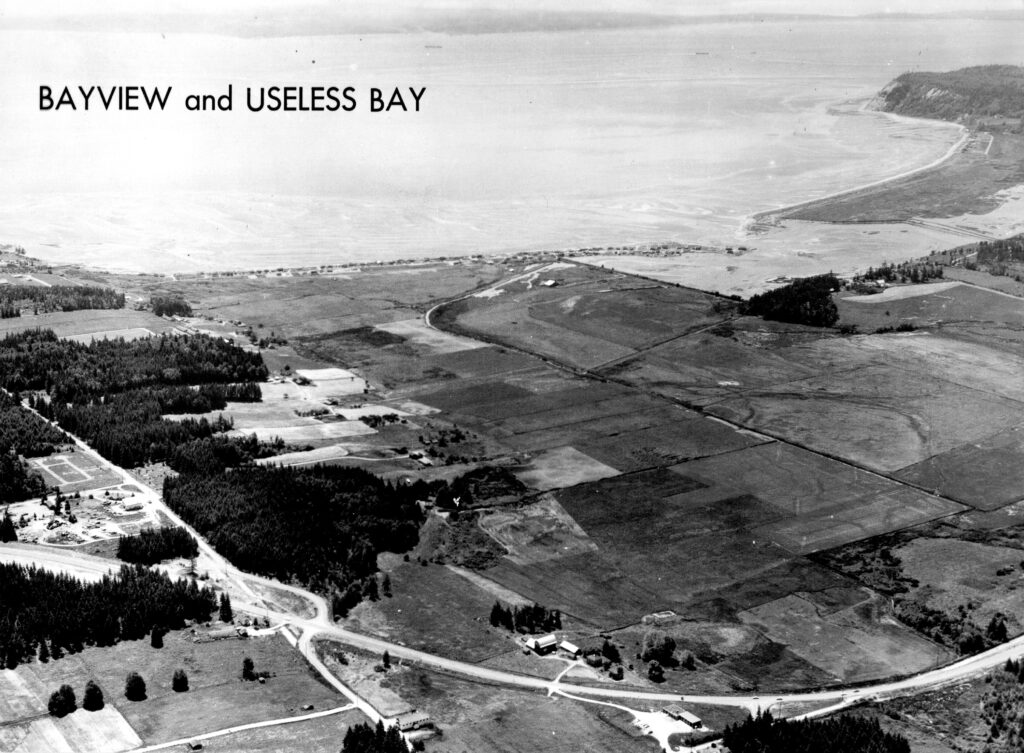