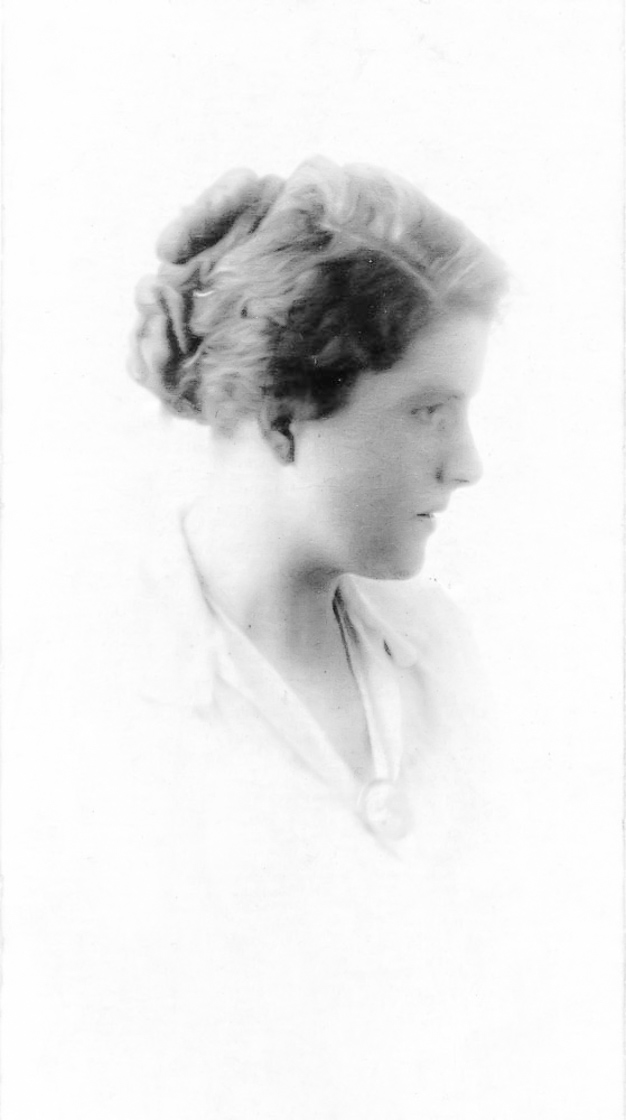 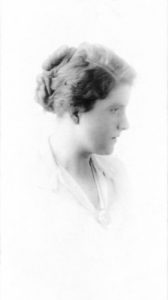 Think you have a tough commute? Consider the weekly one Miss Julia Mackie had in 1914.

After graduating high school in Everett, Julia was hired as a teacher in a logging camp near present day Honeymoon Bay.

It was a large Pope and Talbot logging camp (later named the “Classic Camp” — more on that in the next post) which cut timber all along the western side of Holmes Harbor.

Built in 1912, by the time of opening for operations in 1914, the camp was comprised of a dock, a 20-room hotel, a general store which had a U.S. Post Office, a bunkhouse, a one-room school, a mess hall, and several small family homes. The camp superintendent was a Mr. Brockman and the storekeeper and postmaster was a Mr. Wilson.

Twenty-year-old Julia Mackie of the Maxwelton Mackie’s was the one-room school teacher. Miss Mackie ate her meals with the loggers, as did the students, who had hot lunches in the mess hall.

When her teaching duties were done on Friday Julia saddled her pony named “Fleet” and rode the 14 miles to her folks’ home in Maxwelton. Sunday afternoon she would ride back to camp for another week of teaching.

It is hard to figure the route she took to get home. There was a poor trail from the camp to the top of the first hill when you leave Highway 525 for Bush Point. In good weather she would use that or she would take the wagon road from Dog Fish Bay (now Honeymoon Bay) to the Coupeville Road then head south through Austin up over the Lancaster Hill and down to Deer Lagoon where she would guide her horse over the dike and to the opposite bank and take a wagon road to her folks’ home.

Another route would be to ride the road to Bay view and head up close to the present cemetery and then take the wagon road home.

In 1917 Julia married Myron Bixner (a logger at Maxwelton). In 1931 her father, P.H. Mackie, built Julia a small store (later called the Sea Shell) next to her house to sell produce, milk, butter, and eggs from his farm. She was a young widow then with three children. She also sold chickens and salmon and baked bread and pies to sell to summer visitors.

When customers phoned Julia and ordered salmon, she would paddle by canoe out to the fish trap at Maxwelton to pick them up. Back then a whole king salmon sold for 75 cents, a coho (silver) for 35 cents, and only 10 cents for a pink (humpie).

The store was expanded and named Cross Country Store in the 1940s after Julia married Ray Cross. It was sold in 1947 and changed hands several times before closing in the late 1990s. Julia died at age 95 in 1989, while still living at Maxwelton. 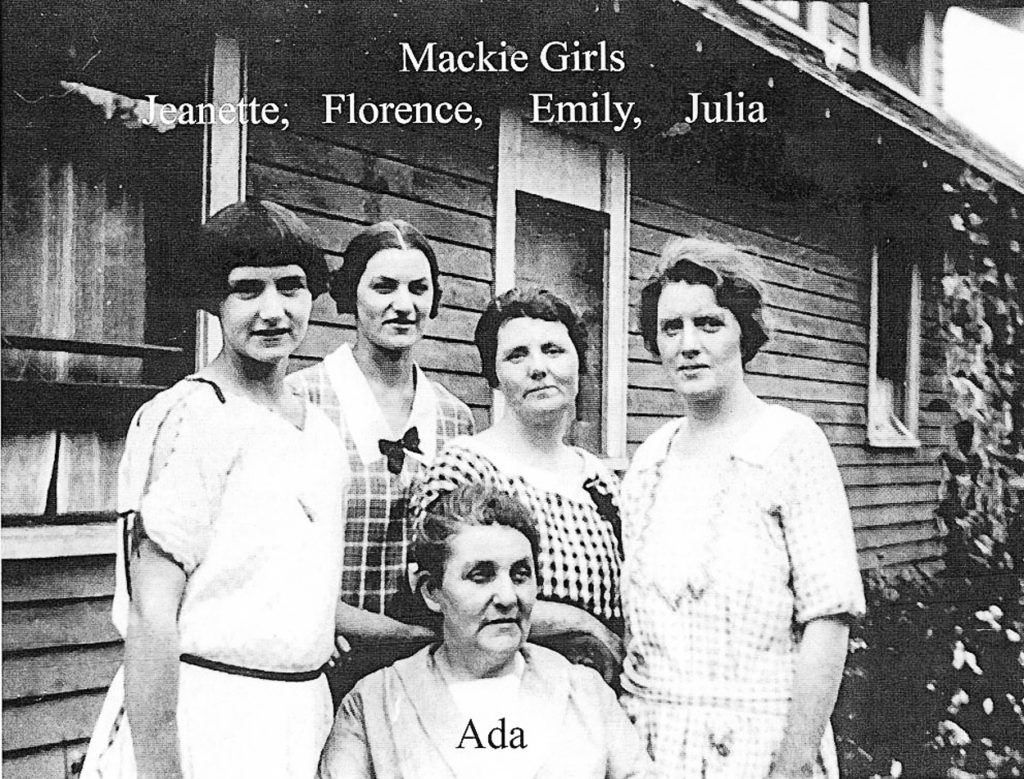 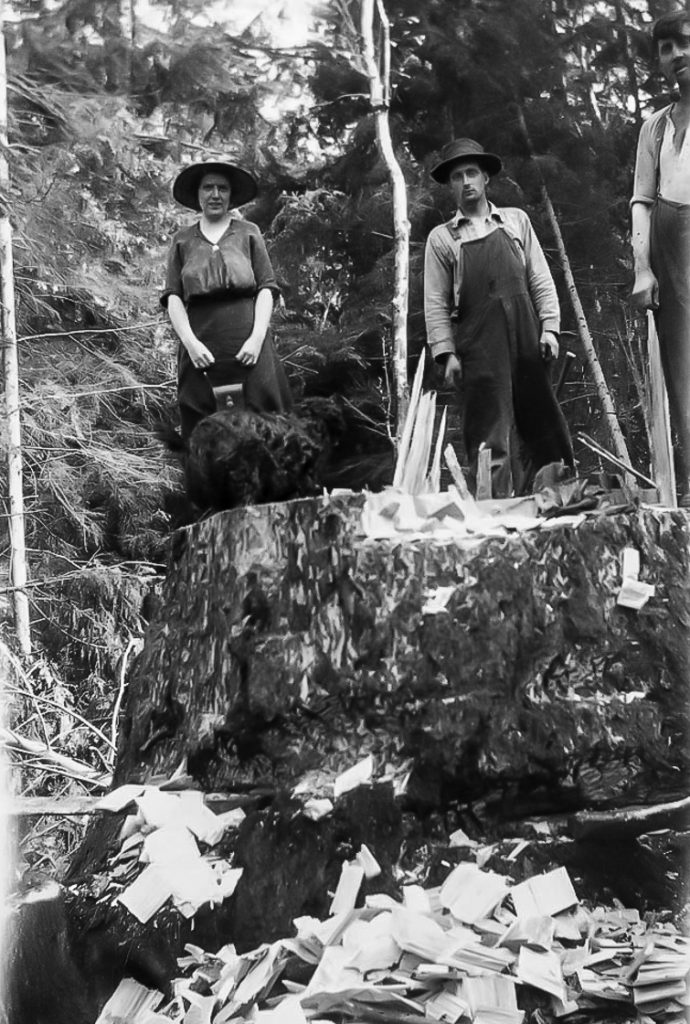 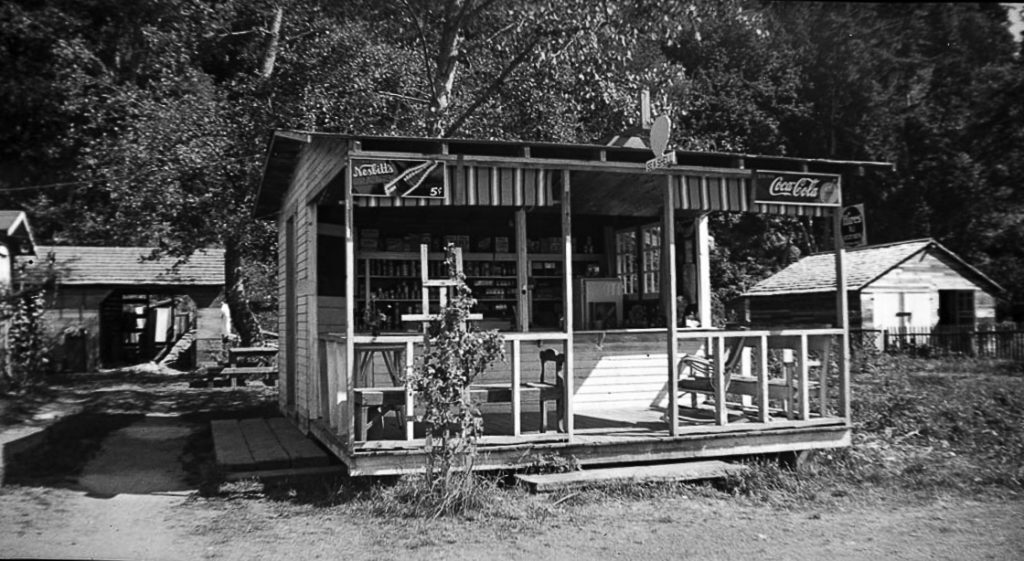 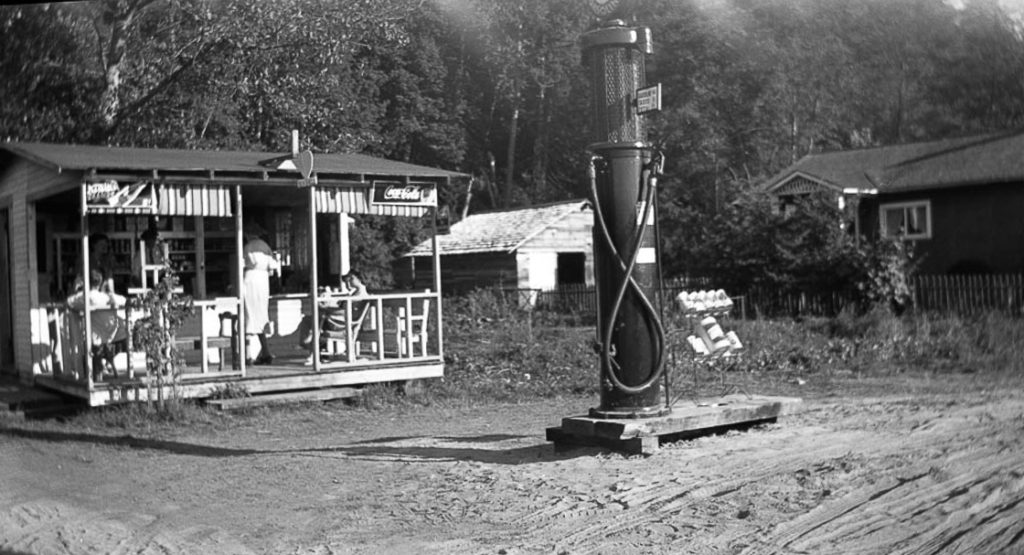 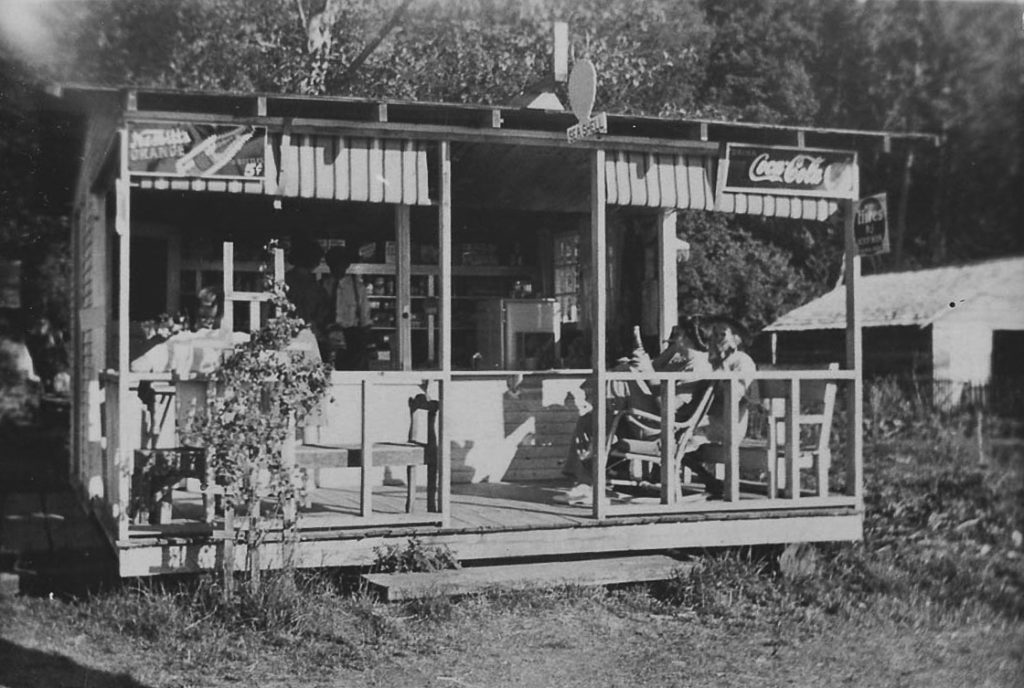 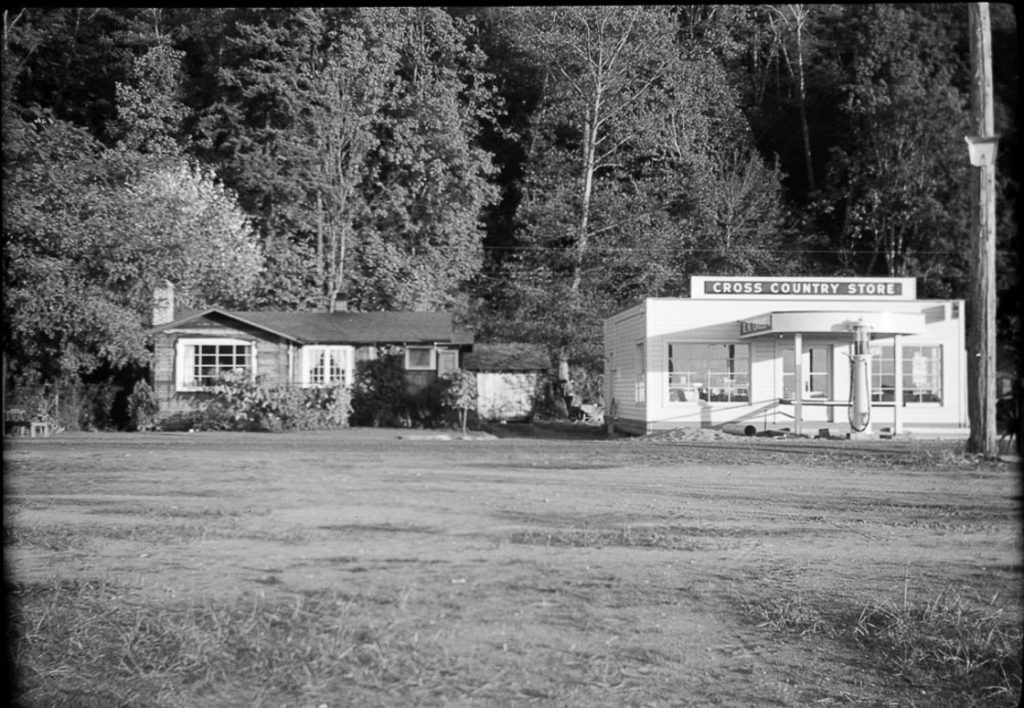 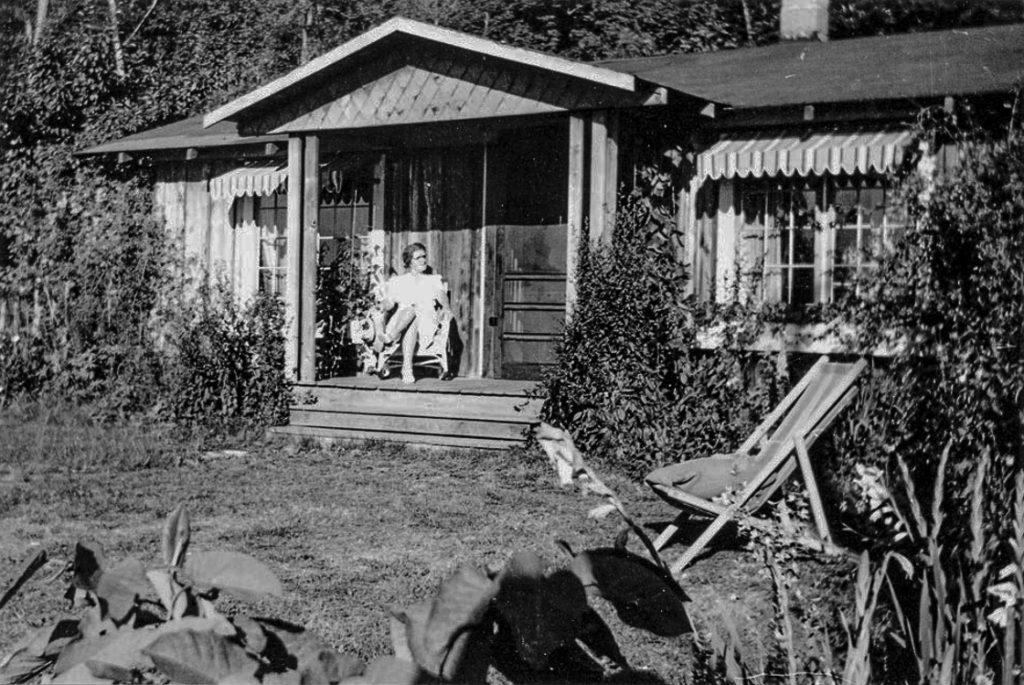