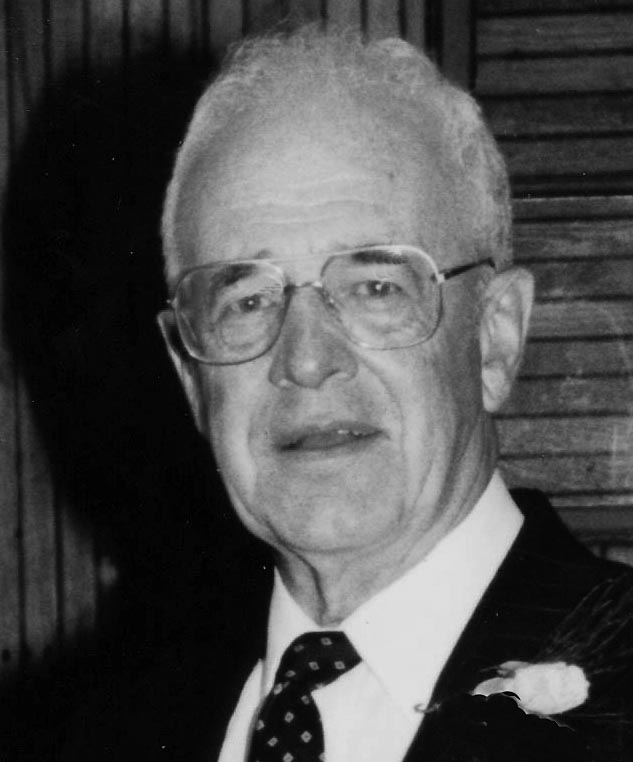 R. William “Bill” Hunziker, the oldest member of one of Whidbey Island’s oldest families, passed away on August 23 at age 94. Born in Everett and raised on the north end of Columbia Beach near the ferry dock, Bill was only son of Marguerite and Stanley Hunziker, who was a Captain on the ferry.

Automobile ferry service started in 1919, just a few years before he was born in 1922. Bill’s summer jobs were as a deck hand on the ferry, and his passion for them never waned. He could identify all of the boats and people that worked on the run as well as their stories.

One story he told when the ferry only ran from 7 a.m. to 7 p.m. The crew took a one-hour lunch break where they ate lunch at the restaurant next to the dock. After lunch, they loaded up the ferry and the Captain gave the order to cast off the lines. The ferry slowly drifted away from the dock but the engine did not engage.

In the 1930s Bill was given a 16mm movie camera, and he took to it immediately. His films of Whidbey Island captured life on Whidbey Island as it was before World War II—people, landscapes, everyday events, and ferry boats. Many of his films were among the first in Technicolor. In 2013, these films were digitized to preserve this record.

Another life-long passion was the music of the Big Band era, particularly the bands of Duke Ellington and Count Basie. He first heard Basie on a 1938 radio broadcast in a car on the way to a party on Brighton Beach Road. His daughter recalls that, “for the rest of his life, Dad described that experience in terms usually applied to the visitation of a divine presence.

Bill first heard Duke Ellington live in Seattle when the band played for the junior prom of his high school sweetheart, Nathalia Clark. For the rest of his life, he followed these bands on tour whenever he could, and got to know the sidemen. In the 1970s, Duke Ellington asked Bill to put together a set for the second show that evening.

Bill would have followed his father’s footsteps, but his parents wanted him to go to college, and he spent his career in a classroom. In 1944, Bill earned a BS in engineering from University of Washington. After the war, he worked at Underwriters Laboratory in the Bay Area, where he met his first wife, Patricia Thompson, whom he married in 1948. His preference for working with people instead of machines led him to return to school and earn a teaching credential. He taught high school science for one year in Bothell, and returned to California, where he taught high school for four years.

The Soviet Union’s launch of its Sputnik satellite in May 1957 sparked a nationwide campaign to improve science education, presenting Bill an opportunity to teach at the college level. In the fall of 1954, he moved his wife and two children, Susan and Paul, to Chico, California to became an instructor of physical science and astronomy at Chico State College. Bill earned a Ph.D. in science education from University of California, Berkeley in 1979, and retired from Chico State in 1986.
.
In 1958, Paul contracted polio and died in 1965. Bill and Patricia divorced in 1982.

Bill returned to Seattle after his retirement in 1986. The reappearance of Halley’s Comet in the same year, allowed him to trace Halley’s footsteps in England and the comet itself in Australia, where he traveled with Virginia Anderson, the widow of a college friend, whom he had married.

He was delighted to be close to Whidbey Island again. He made regular visits and gave presentations and was active with South Whidbey Historical Society.

In the museum is his 1912 35mm movie projector which showed silent movies. A projector like this one was used to show movies on the second floor of the Dog House in Langley before the Clyde Theater was built. The projector is still in operating condition and there is a Buster Keaton silent movie that on occasion is shown.
Virginia passed away in 2010, and two years later he rekindled his friendship with Tally Clark Mackie. They met for the first time in 71 years at the historical museum in Langley, where they walked through and began to relive their lives growing up on Whidbey Island. They married in 2013 and were able to relive some of their happiest life experiences.

Whidbey TV is developing a series on Whidbey History. Last winter, a TV crew went to Seattle to interview Bill and Tally. That series when completed will tell some of their stories of growing up on Whidbey Island.

Bill is survived by his wife, Tally, and his daughter, Susan, who lives in Boston. A memorial service will be held at 1:30 p.m. on November 18 at the Clinton Community Hall.