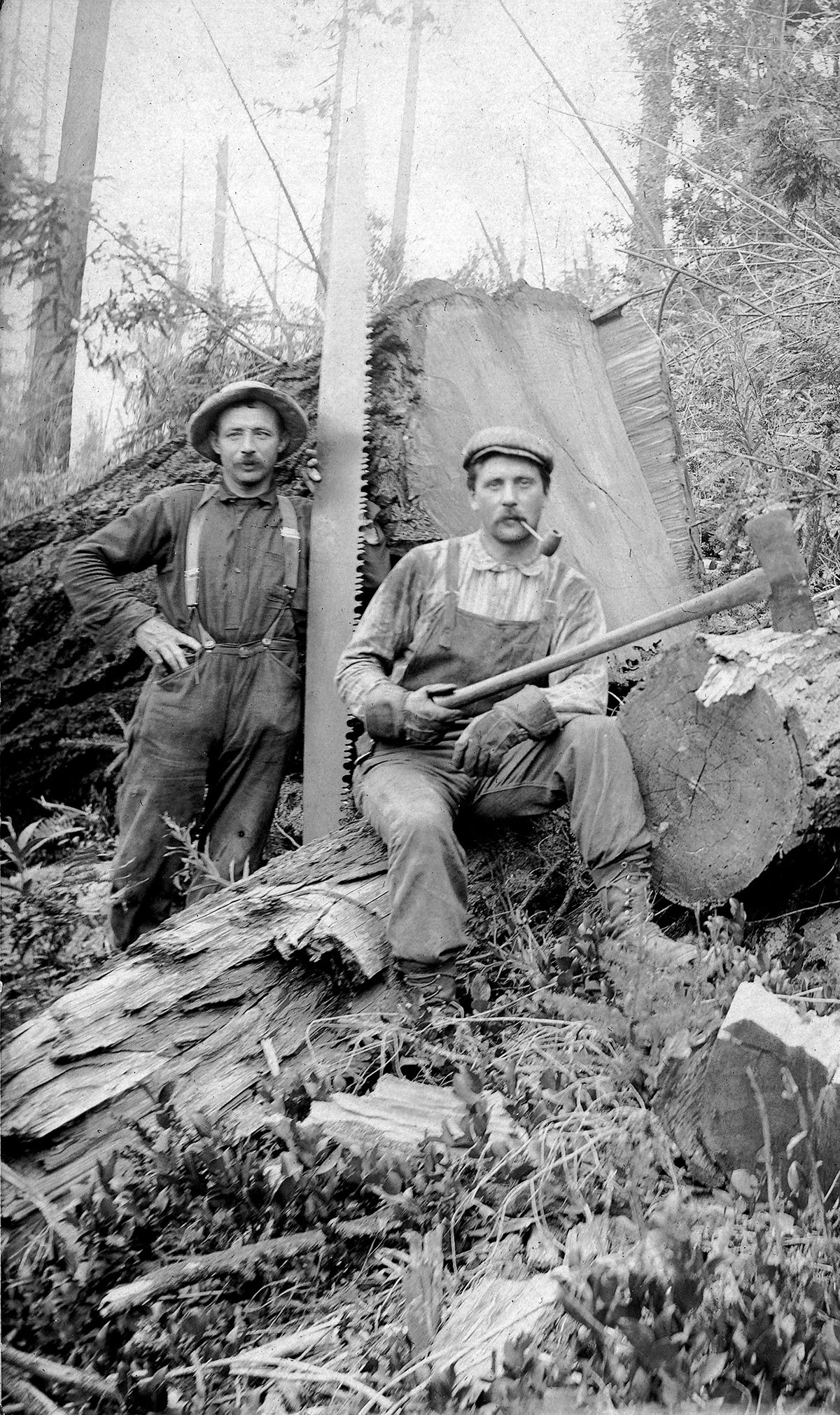 South Whdibey’s dense forests drew loggers to the Island in the 1880s. The results are shown in these photos of Langley and Freeland. In fact, there were three major logging camps on the south end at Glendale, Useless Bay, and Holmes Harbor. 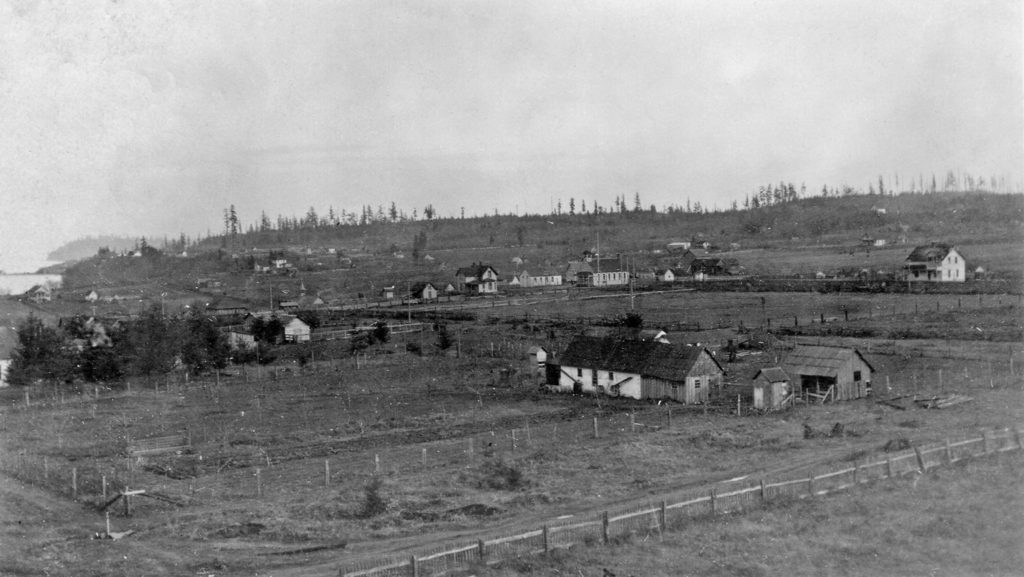 The Holmes Harbor operations sent booms of nearly 100 million board feet to the mills. By 1896 there were 115 men working in the South Whidbey woods.

Jacob Anthes, Langley’s founder, wrote that between 1891 and 1893 that an average of 35 cords per day were sold to the ‘mosquito fleet’ steamers that plied Saratoga Passage.

Brush and branches would also be cut by brushcutters and sent to Seattle as fill for the new docks being built to handle the supplies and passengers heading north to the Gold Rush in Alaska. 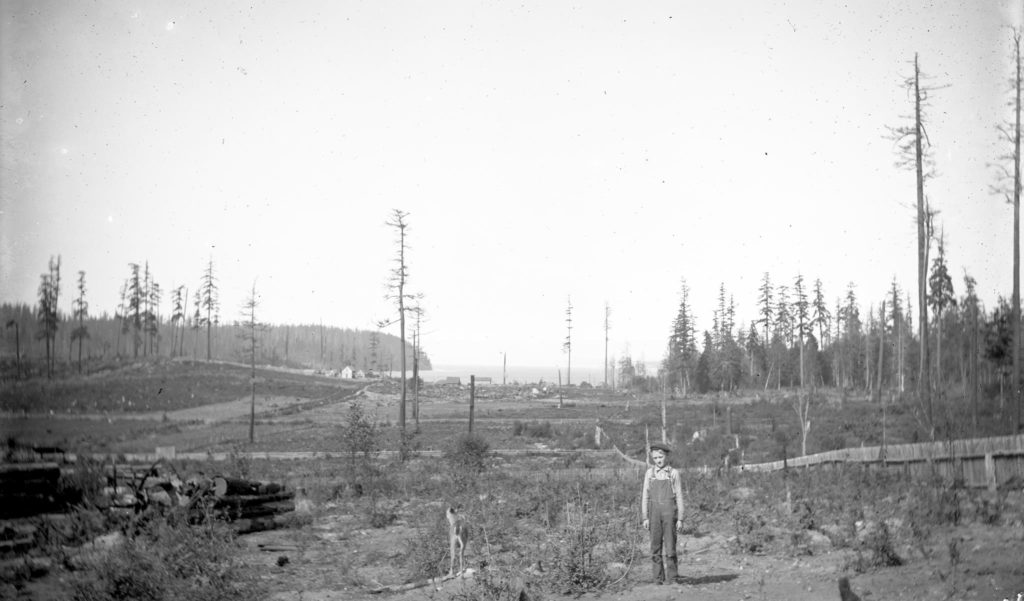 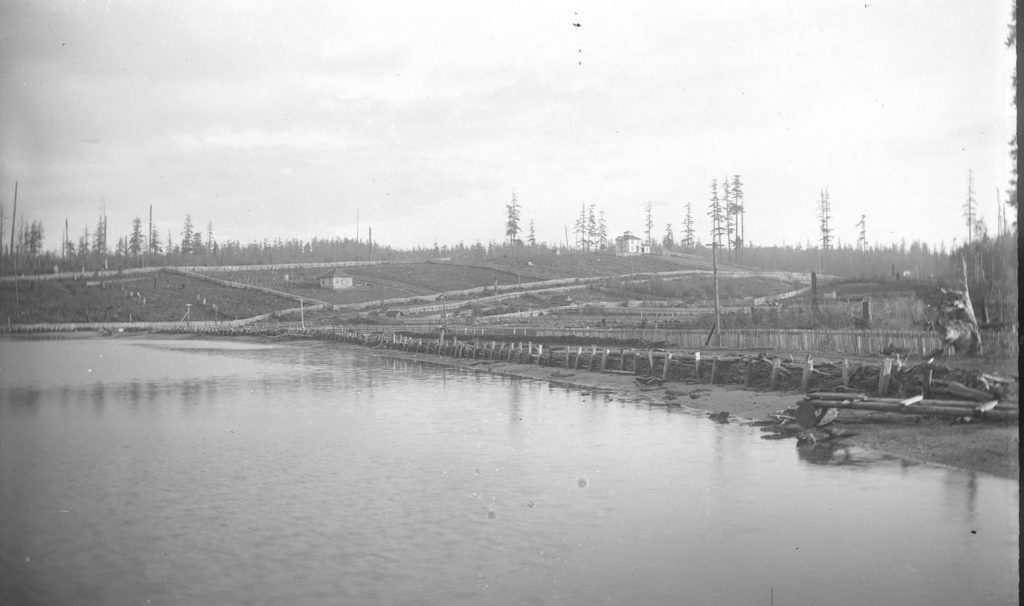 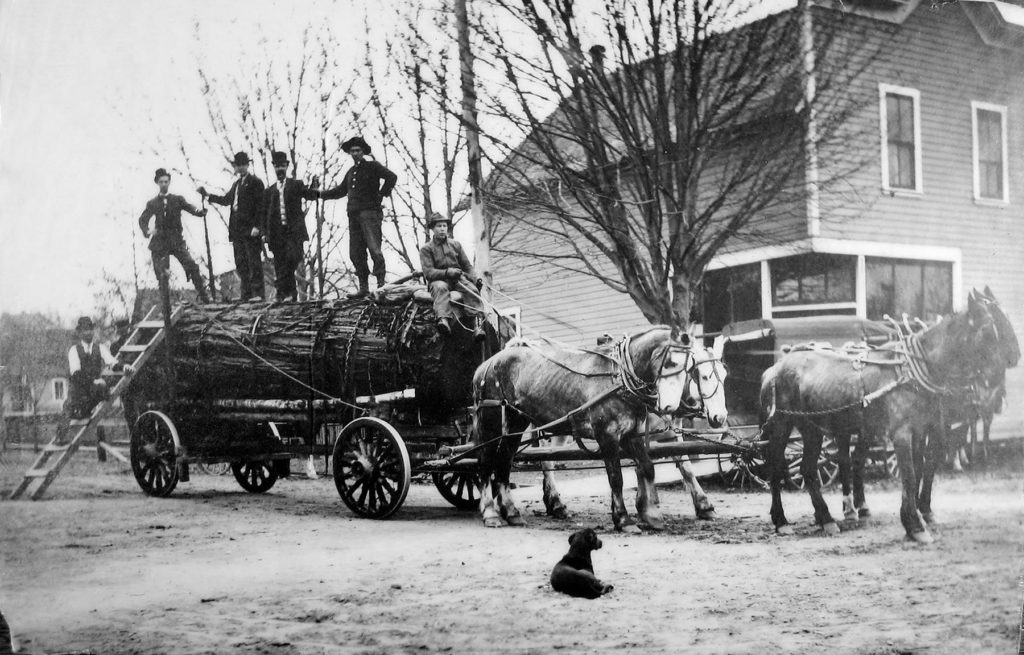