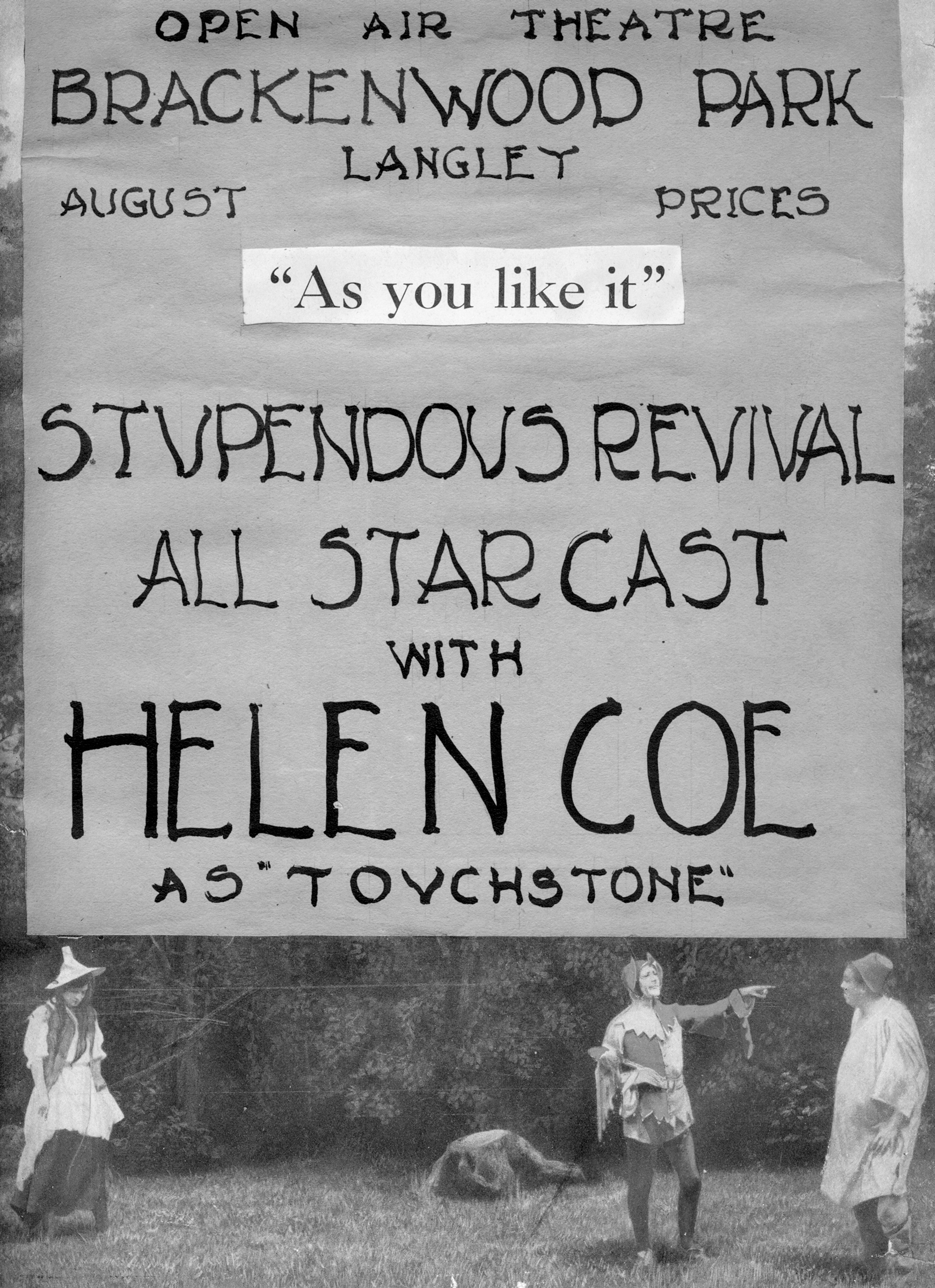 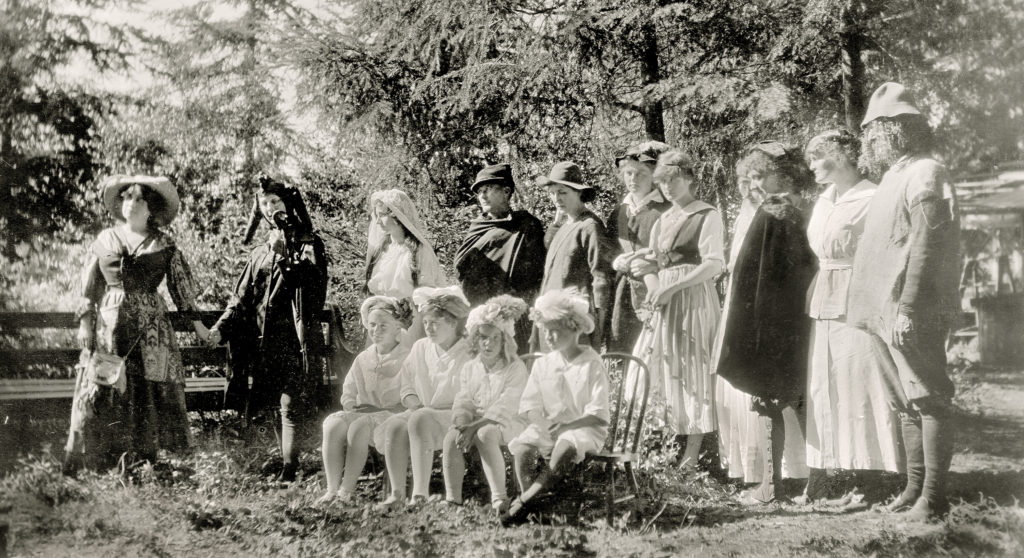 Island Shakespeare Festival is presenting “As You Like It” tonight (August 26) in the outdoor theater located at the rear of old South Whidbey Primary School, but did you know that 100 years ago the same play was presented in another open air theatre in Brackenwood Park in Langley?

The audience sat on wooden church pews. A globe was attached to the inside of a five gallon oil can to serve as a reflector for the stage as it grew dark.

Helen Coe, Langley’s first female mayor, played Touchstone. She is second from the left in the photo. (Photos courtesy of Maureen Duryee.)